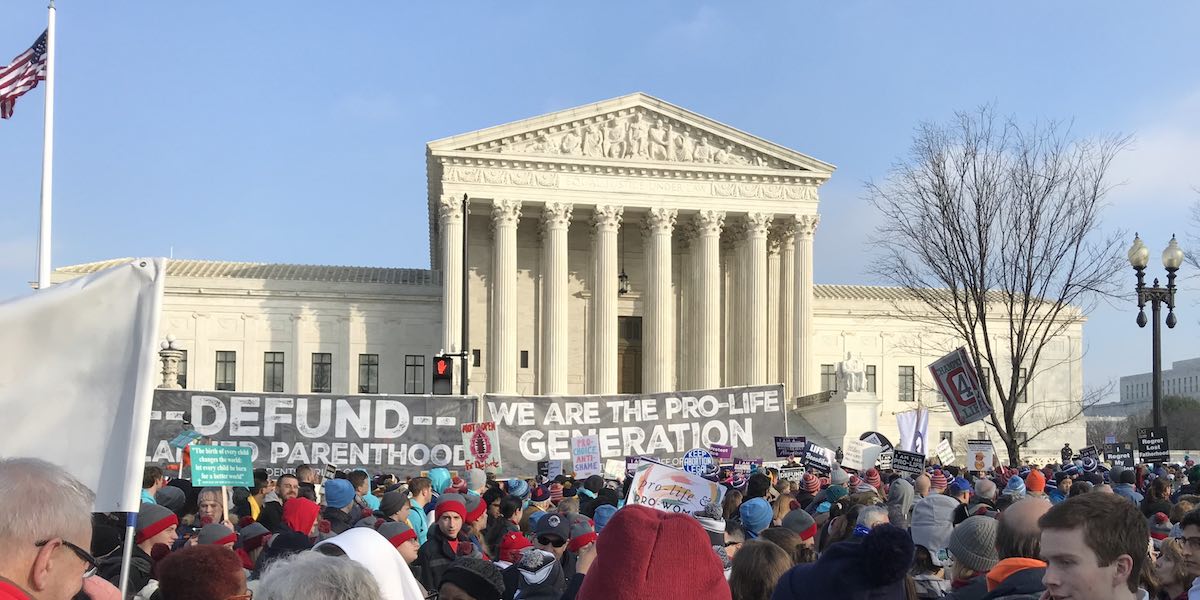 25 Jan 2019 Covington Teen Should Be Praised Rather Than Vilified By Media, Black Leaders Say

“Faced with racially-motivated taunts, Nick Sandmann chose to smile and encourage his classmates to refrain from engaging in debate. He was heeding Proverbs 15:1’s advice that ‘A gentle answer turns away wrath.’ But in its haste to portray anyone who supports President Trump as a villain, the liberal media branded this young man a racist before these facts were known,” said Project 21 Co-Chairman Council Nedd II, an Anglican bishop and Pennsylvania State Constable. “We must stop fomenting racial division as a means of advancing political agendas. It is tearing this country apart and hurting people. Sandmann did as his faith called him to do by trying to be a peacemaker. The media got the story wrong initially, but it can redeem itself by telling the truth now: Others should follow Sandmann’s example.”

Initial reporting of the January 18 confrontation between the Black Hebrew Israelites, activists from the Indigenous Peoples March and a group of students from Covington Catholic High School (Kentucky) in town for the March for Life suggested that the students “mocked” and “taunt[ed]” Native American activist Nathan Phillips. The reports were based on a brief video.

Closer inspection of that video and other videos of the incident, however, suggested this initial conclusion was wrong. Members of the Black Hebrew Israelites hurled racial epithets at the high school students as well as Indigenous Peoples March activists.

In response, Phillips – a Native American activist – walked toward the high school students while beating a drum and chanting. He stopped in front of Nick Sandmann and beat his drum just inches from Sandmann’s face.

Video shows that Sandmann, who wore a “MAGA” hat, stood still without engaging Phillips other than to smile at him. The media initially portrayed this as a “smirk” and implied that Sandmann approached Phillips to taunt and intimidate him.

Video also shows that Sandmann signaled to another student debating a native American activist that he should stop.

The students were denounced in the media and by celebrities for their alleged behavior. They were threatened with expulsion by their school, which was closed the following Tuesday due to “threats of violence.” Celebrity Kathy Griffin and at least one member of the media even called for personal information about the students to be released to the public. “What is most disturbing about the Covington Catholic incident is that the full video, showing what actually happened, has been available for four days. But many people still don’t realize the version of events they initially heard about for so long on CNN isn’t true. These kids are still receiving death threats over a version of events that never occurred,” said Project 21 member Adrian Norman. “The media is culpable for not providing nearly as much coverage to its retractions as it did to the initial story. It begs the question: how many times were we lied to before social media, when we didn’t have the ability to question well-funded three-letter news organizations?”

“With this outcry happening during the celebration of Dr. Martin Luther King’s life, it is sad to see how quickly his words have fallen on deaf ears. Dr. King’s iconic dream that children ‘not be judged by the color of their skin but by the content of their character’ has apparently been disregarded in today’s political environment,” said Project 21 member Donna Jackson. “Uproar over the video of Catholic high school students and a Native American activist was clearly used selectively to advance a left-wing narrative that the mainstream media was all too happy to push. The need for a ‘gotcha’ moment – especially in this case – has gone beyond the bounds of civil behavior. It’s in no one’s best interest to tear ourselves apart to score political points.”