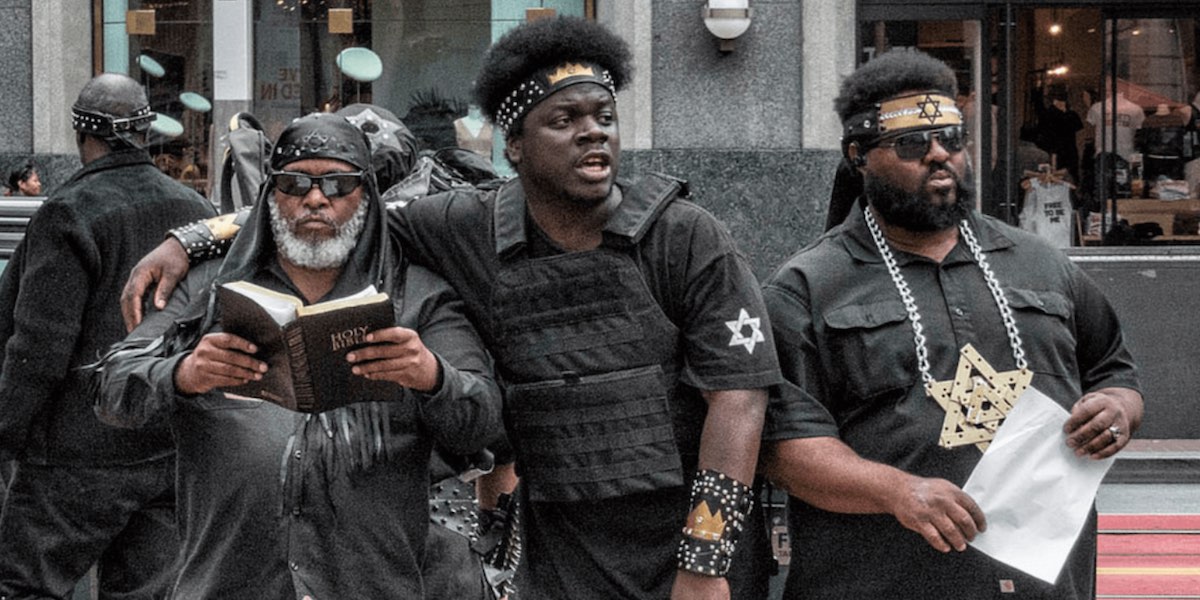 28 Jan 2019 Before Sandmann’s Smirk, There was the Black Hebrews’ Hate

When Project 21 member Marie Fischer watched the full video of what establishment media and many political commentators portrayed as a confrontation started by Covington Catholic High School student Nick Sandmann and his classmates against Native American activist Nathan Phillips, “[a]larm bells immediately went off.” She knew there was more about what happened on the steps of the Lincoln Memorial that was being largely ignored.

In a commentary on the Politichicks website, Marie writes that the Black Hebrew Israelites, a fringe group in the vicinity of the Sandmann-Phillips incident, were hurling insults at everyone “with hateful intent…[and] appear to me to be the ones who actually started the confrontation at the Lincoln Memorial.”

She praises the Covington kids for keeping their cool under pressure. She notes that “their decision to remain calm at the Lincoln Memorial despite the taunts of an extreme religious sect showed a lot of maturity.”

Project 21 members have praised Sandmann for trying to defuse a situation that the left has tried to use for “fomenting racial division as a means of advancing political agenda.” Marie backs up this effort by adding her own unique perspective on a largely unreported aspect of the story.

Marie is well aware of the tactics of the Black Hebrew Israelites. She explains:

I am black and Jewish. I had an Orthodox conversion to Judaism over 20 years ago, and I strongly believe in the Torah (the first five books of the Bible) and the mitzvoth (laws and good deeds). While one may think these men are also Jewish because of their name, Black Hebrews are not actually considered to be Jewish. Many of them practice a blend of Judaism and Christianity that has references to Islam in it as well.

As a former New Yorker, I am familiar with Black Hebrews – particularly this very extreme branch. In the 90s and early 2000s, if you walked through Union Square, Herald Square or Times Square in Manhattan, you would likely be confronted by some of them. They would stand in these high-traffic areas with microphones in hopes of attracting attention and appealing to the “misguided.”

Black Hebrews were known for shouting racial epithets at others. If you were an obvious religious Jew, they would throw racial slurs at you and refer to you as the devil and/or Satan. Interracial couples would also catch their ire. These Black Hebrews were very racist, and they undoubtedly saw themselves as examples of black racial supremacy.

After viewing the full video and after my own experience with Black Hebrews, I strongly commend the students of Covington for responding to the men’s taunting by just shouting school chants and cheers. I feel these students, mere teenagers, took the higher and more mature road. They did not respond to these men in anger, but instead responded with joy.

She notes that the provocations on the part of the Black Hebrew Israelites that day have been ignored or downplayed by many reporting and speaking about the incident. She laments that “the media remains focused on finding the next provocation” – and even got that wrong by focusing on Sandmann’s smirking over Phillips’ drumming.

To read Marie’s commentary on the Politichicks website – “Covington Kids Not Credited for Ignoring Black Hebrews” – in its entirety, click here.