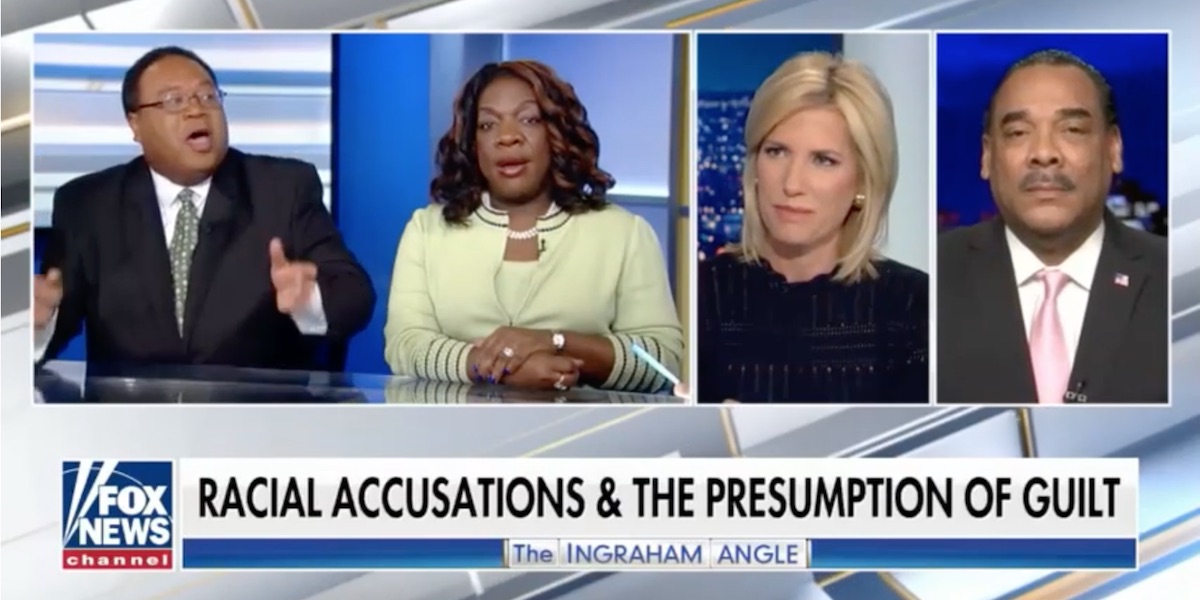 Citing the unyielding liberal attacks on the President and his supporters despite unmistakable gains for black Americans over the past two years, Fox News Channel host Laura Ingraham asked Project 21 Co-Chairman Horace Cooper: “Why is this broad racism brush so generously applied to Trump and his supporters?”

It is a very good way to stop people from being able to see how important the policies are, how effective they are, how impactful they are.

It is working, and it will keep continuing to occur unless we can call these people out for doing it.

In an “Ingraham Angle” panel discussion, Horace was joined by Trump advisor Bruce Levell and former Georgia state representative Dee Dawkins-Haigler to discuss the ongoing demonization of the White House and its policies even when they are popular and effective.

Horace noted that liberals are seizing on the smallest of things to try to lend credence to their assertions that anyone who doesn’t share their beliefs is extremist, sexist, racist and any other slander that can get someone kicked out of polite society. “They’re scouring the news to find little episodes that they can show,” he said, “to create a counter-narrative that’s false.”

And proof of what the President has accomplished is what his critics want to be obscured by all of their bluster:

It was Barack Obama who told us that, if Trump was elected, the end would come. He was wrong, and it’s great that Donald Trump’s policies are working.

But it’s come to a point where someone simply wearing a “Make America Great Again” (MAGA) baseball hat is considered an endorsement of the rallies in Charlottesville. It is compared to a KKK hood. And it is a target for abuse. There’s a restaurant owner in California who tried to ban customers who wear MAGA hats.

Dawkins-Haigler tried to point the conversation in a more philosophical direction to avoid having to justify poor behavior on the part of her liberal allies. She said: “We need to have real conversations in this country about race.”

The problem is, during the eight years of the Obama Administration, the repo men got to know more black Americans than they got to know any other group of people. We lost more houses, more automobiles – the whole nine yards.

And guess what? In just two years… since Trump has been president, we’ve seen an absolute reversal in every single index of the American Dream.