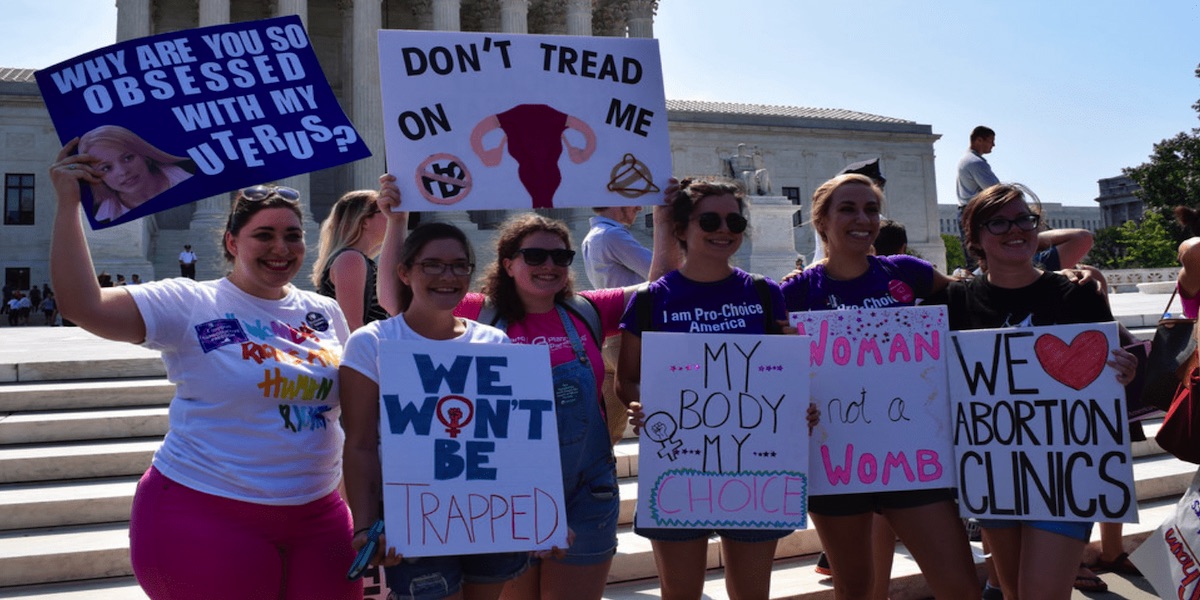 08 Feb 2019 Planned Parenthood “Got Their Guy” in Richmond

ConservativeBlog.org
Posted at 19:29h in Blog, Project 21 by David Almasi

After Virginia Governor Ralph Northam’s blackface scandal began, but before the rest of Virginia’s executive team became embroiled in similar personal scandals that now threaten their political careers, Project 21 Co-Chairman Horace Cooper appeared on the new radio show of former Trump Administration official Sebastian Gorka. They spoke about Governor Northam’s race problem. But Horace also brought up Northam’s apparent profound lack of respect for human life – a topic that was getting a lot of attention prior to the revelation of the blackface/KKK photo on his yearbook page.

Gorka introduced Horace as “a man whose scope knows no bounds.” He added “[y]our left and right vectors are massive” when it comes to Horace’s ability to discuss a myriad of issues.

On the blackface/KKK scandal, Horace said Northam’s use of race in the 2017 gubernatorial campaign was likely intended as cover for Northam’s own lack of charisma and vision. It’s now coming back to haunt him. Citing Colin Powell’s warning to President George W. Bush on Iraq (“If you break it, you own it”), Horace said:

Governor Northam has broken political and public discourse on the topic of race, and he owns it. It was his idea to decide that he didn’t have much of a vision – he didn’t show much leadership – when he was campaigning in 2017. And so let’s create a racial wedge against [his challenger] Ed Gillespie…

It was Ralph Northam who decided: “I don’t actually have a competitive vision, so I’m just gonna castigate my opponent as a bigot”…

If I had the baggage – the racial baggage – in my background, I would never have brought forward such a thing.

As a matter of full disclosure, Horace brought up that he is friends with Northam’s 2017 opponent, Ed Gillespie.

Noting that the abortion provider Planned Parenthood announced in 2017 that it would spend $3 million on Northam, Horace commented:

They wanted the butcher of their choice to be sitting in the [governor’s mansion]… in the capital. And they got their guy.

Planned Parenthood’s return on investment was manifesting itself in late January with the introduction of a New York-style late-term abortion bill in the Virginia House of Delegates. But the backlash against it intensified after Northam made comments that essentially endorsed infanticide. Then came the blackface/KKK yearbook photo. Reportedly the photo was leaked by a former classmate of Northam’s who was appalled by his comments on abortion.

Horace saw a fitting nexus between the photo and the comments that now have a wide spectrum of people calling for Northam to resign. He mentioned Planned Parenthood’s often-overlooked racial underpinnings:

But Margaret Sanger, the founder of Planned Parenthood, was a eugenicist… That’s a fancy term for… [s]he was a racist!… She worked with the Klan… to help them promote their goals.

And Horace criticized the coarsening of the culture and disrespect for the lives of the unborn that have come from the politics of abortion:

It is this backdrop that brings us Planned Parenthood – working with this governor, and supporting the most brutal, gruesome activity. Saying that a born child doesn’t deserve the kind of basic things that we might do if we saw an animal injured on the side of the road.

Happy to have such an informative guest, Gorka said to Horace: “I’m so glad I invited you.”