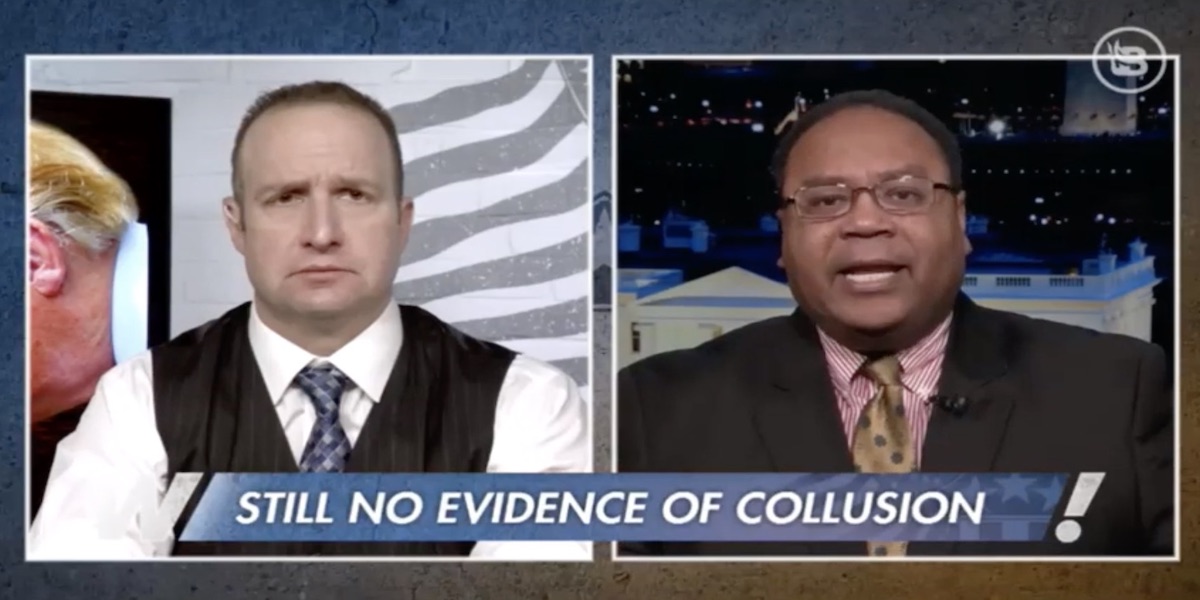 Peddling his new book and his vitriol against President Donald Trump, former (and fired) FBI deputy director Andrew McCabe recently ignited a media firestorm with stories about alleged discussions among mid-level government bureaucrats regarding invoking the 25th Amendment to remove the President from office.

Appearing on “Wilkow!” on BlazeTV, Project 21 Co-Chairman Horace Cooper, a former aide to congressional leaders and a former professor of constitutional law, blasted the notion that McCabe and his contemporaries could actually spearhead the removal of a president. Horace also criticized the media for not calling McCabe out on his fanciful stories.

The 25th Amendment deals with presidential succession and – among other issues – the transfer of presidential power. It was created due to concerns about health-related problems involving the commander in chief. This amendment has been invoked on three occasions (under Presidents Ronald Reagan and George W. Bush), allowing the vice president to assume presidential duties for hours at a time while the president underwent surgery.

It is not, as many liberals dream these days, a way to remove President Trump from office because they think he is a danger to the republic. This scenario, Horace explained, is stuff of suspense novels and bad television shows. It’s not good government. He said:

McCabe claims to be a lawyer. Comey says he’s a lawyer. These individuals claim to have some kind of legal knowledge. But they apparently can’t even do your basic, straightforward analysis of the 25th Amendment…

You know, it’s great if you’re watching [the television show] “Scandal”… where they make up scenarios where they’re gonna invoke the 25th Amendment. But if we’re talking about a real, bona fide assessment – even a straightforward analysis would have revealed this is not a political process. It’s not a secret process, by the way. It’s never been contemplated that you would hide… that you were pursuing this.

Again, every aspect about this is very, very troubling. And I have to ask myself: What is a deputy director of the FBI doing having conversations about this to start with?

In his analysis of McCabe’s claims, Horace – a constitutional expert – held little back in his criticism of McCabe and his colleagues who were allegedly contemplating the use of the 25th Amendment to oust President Trump:

Even under the most elaborate political reading possible of the 25th Amendment, that would get you an “F” in my class; even under that strange, elaborate reading, you have to acknowledge that there is a requirement that two-thirds of the House and the Senate would agree that this determination is being made.

Under no definition of this is it contemplated that the deputy – a career government official – would in some way play any kind of central role. There is no contemplation of non-cabinet members being part of the invocation of the 25th Amendment.

Why have there been no queries on the part of McCabe asking him why he thinks it would in any way be appropriate for him to opine in any way about the 25th Amendment? Is he also opining about vacancies on the Supreme Court and who would be a good, fit replacement for Justice Ginsburg if she were to pass in some untimely fashion? Those kinds of questions are well outside the lane of the FBI deputy director.

In fact, Horace pointed out, McCabe’s claims – some of which he is now trying to walk back– prove the reason why checks have been put on the FBI and why people have reason to fear there is a Deep State acting against the will of the public. Horace also criticized the media for not being more skeptical of McCabe, and for not asking him tough questions about his alleged flirtation with the 25th Amendment. Horace noted:

So you’ve got a problem here – and this goes to one of the reasons why J. Edgar Hoover, the last lifetime-appointed FBI director, is the last FBI director allowed to serve for life.

What’s really, really troubling to me is – when I see these reports – how little pushback he is getting from reporters, asking him whether or not he understood that it wasn’t his place to make this judgement call. He makes the recommendation. The people above him… answer the question as to whether or not he should proceed.

That is completely not what happened here. And it does give credence to those who argue that a Deep State is in operation that tries to thwart the ambitions and aspirations of the American people when they select the leadership of our country.