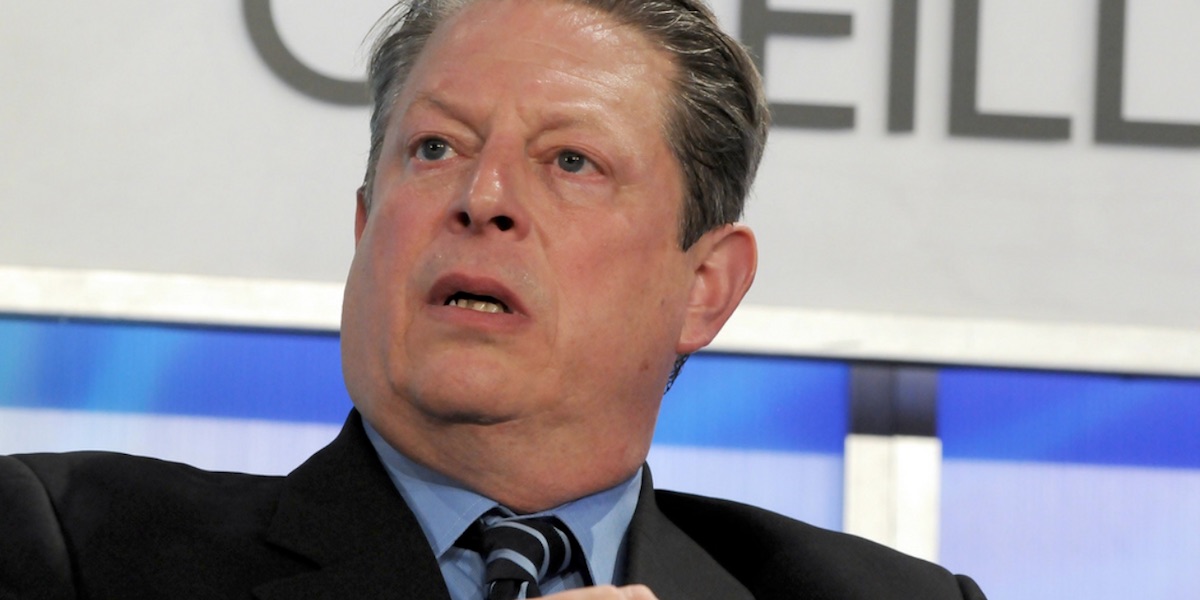 It’s been close to a month since it was discovered that Virginia Governor Ralph Northam’s medical school yearbook page contained a photo of a person in blackface and a person dressed in a Ku Klux Klan outfit. While there have been widespread calls for him to resign, the governor has resisted and says he wants to focus on race issues throughout the remainder of his term.

Trying to capitalize on the maxim of former Obama Administration chief of staff Rahm Emanuel against squandering the opportunity of “a serious crisis go[ing] to waste,” former vice president Al Gore and social justice warrior Reverend William Barber II are saying one way for Northam to fix his relationship with blacks would be to cancel an important natural gas pipeline planned to run through Virginia.

The lynchpin in the fight is a compressor station in Buckingham County – the home to a large population of poor black Virginians.

Gore therefore felt comfortable calling the proposed Atlantic Coast Pipeline “a horrific injustice.” Barber demanded Northam “take on” – meaning that he oppose – the pipeline. Barber has even gone so far as to allege that those who are helping promote the project are engaging in environmental racism.

Project 21 member Derrick Hollie, who grew up in southeastern Virginia and once worked in a job created by the fossil fuel industry, wrote about the benefits to Buckingham County of the Atlantic Coast Pipeline, and the misguided opposition to it, in a commentary published by the Daily Caller:

Consider what’s already happening. The proposed Atlantic Coast Pipeline for natural gas, which proponents say would save consumers in Virginia and North Carolina – states with disproportionately high black populations – over $377 million in electrical costs and create jobs, is under assault from activists who used federal regulations on water, public land use and migratory birds to try to stop its construction. In Buckingham County, a poor Virginia county whose population is over 34 percent black, there’s a battle over a pipeline compressor station that would create jobs and possibly around a million in tax revenue.

Project 21 member Donna Jackson, commenting on Gore’s and Barber’s attempts to shame Governor Northam into trading his past support for the pipeline for the possibility of political redemption, said:

As angry as I was over Virginia Governor Ralph Northam’s racist yearbook photo, I didn’t feel much better when he promised to make amends by engaging in a racial healing and reconciliation tour that was at best disingenuous.

As a black conservative, I have far too often seen such sentiments coming from liberals that lead to self-serving but useless gestures like tearing down statues. But it’s worse when they resort to counterproductive measures such as doubling down on failed welfare programs.

Now, Al Gore appears ready to exploit the governor’s time of weakness by urging him to oppose the job-creating and energy-bill-reducing Atlantic Coast Pipeline. While some black activists have bought into Gore’s fear-mongering over the pipeline, many of us see through such scare tactics and recognize the economic benefits of this and similar projects for the black community and for all Virginians.

The governor has not yet given in to Gore’s crusade, and I hope he never does.

Al Gore is once again playing the race card. This time, he is trying to stop a much-needed pipeline project expected to bring jobs to poor Virginians and cheap, plentiful energy to people across the southeastern United States.

The Atlantic Coast Pipeline already received the approval of Virginia regulators. It was something that Ralph Northam supported during his campaign for governor. It’s sickening for Gore and his friends to now try to capitalize on the controversy over Northam’s alleged blackface photo as a means to push their green agenda.

The only environmental racism I see here is green discrimination against black folk. The Atlantic Coast Pipeline compressor station in Buckingham County will create revenue and jobs for the black residents who live there. Creating prosperity and opportunity is a strange way to define racism. If that’s not enough, the pipeline runs near higher-income areas such as the Wintergreen Resort.

Allegations of Governor Northam’s past insensitivity is bad, but believing that he can atone for it by stopping the Atlantic Coast Pipeline is no solution to his problems. If anything, it doubles down on the perceptions of his indifference to black advancement.