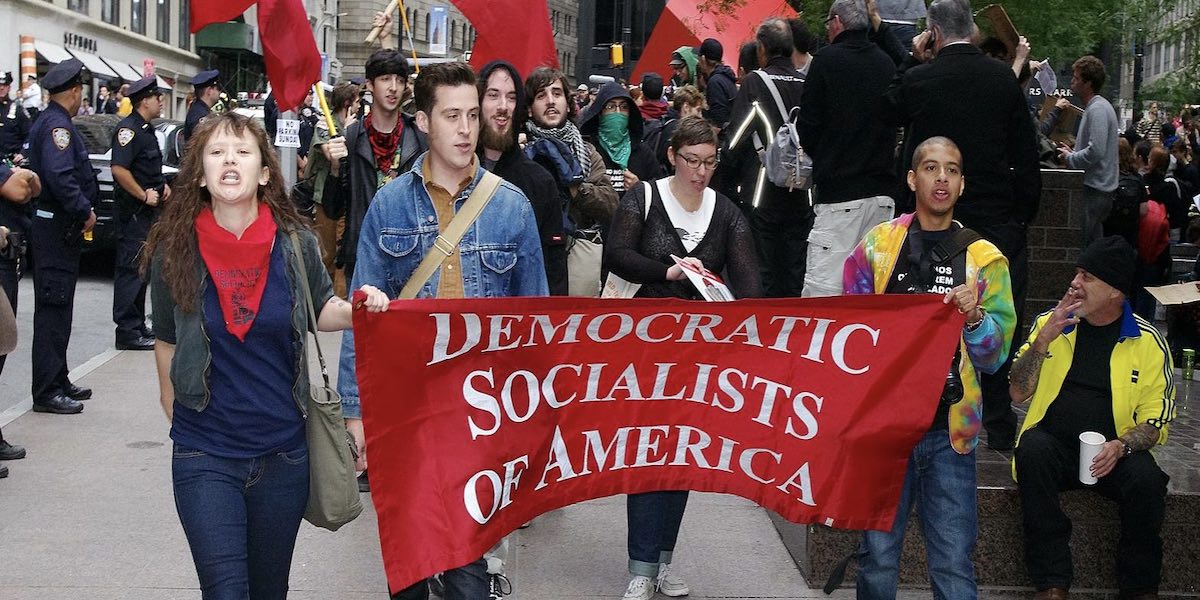 In a recent and very troubling poll, Americans were split – dead even – on the question of whether or not the United States was the source of all the world’s problems.

An early February poll conducted by McLaughlin and Associates asked, “Do you agree or disagree that America is the source of most of the world’s ills: political, economic and environmental?” Of 1,000 likely voters, 46% agreed and 46% disagreed with the statement. But it was the younger respondents who skewed heavily toward agreement.

This finding tends to confirm similar polls indicating that millennials are turning their backs on the free market in favor of socialism, communism… or worse.

In a Newsmax commentary about the February poll results, John and Jim McLaughlin write: “Someone is inculcating our youth with this view.” Sheriff David Clarke – the retired top lawman for Milwaukee County, Wisconsin – compares the leftists’ drive to conscript American youth to their cause to the way a cult operates. At Townhall, he points out:

The non-stop push by the American left to dismantle existing American time-honored and time-tested institutions is how they will force socialism and central control on the American people.

Clarke notes that the left’s ideology “has significant similarities to the psychology of cults.” He charges both with:

“The American left understands these polar opposites well,” Clarke writes, “and will continue to destroy our country if we let them.”

The full commentary – “The Cult-Like Psychology of the Progressive Movement” – is available here.

Clarke’s sentiments are shared by members of the National Center’s Project 21 black leadership network. And they have additional thoughts on the matter.

Project 21 member Rich Holt, who has experienced the animus of the left as a campaign consultant, notes:

It’s much easier to burn down a bridge than build one. In generations past, we were all taught to build bridges between ourselves and those of different faiths and classes.  We sought, as a society, to unite under our shared cultural beliefs of life, liberty and the pursuit of happiness. Today’s youth are taught by liberals to burn bridges and build forts. Diversity of thought and religion as well as the evils of dissent will be destroyed as a result.

But Clarke forgets to highlight the most powerful force of liberalism: sociopaths. Only someone with a truly sinister and disturbing sense of self works so hard to silence others or scream above them. Liberalism isn’t just a political ideology – it’s a dangerous pathology that belongs in the same dictionary as sociopath and psychopath.

I know many will dismiss what Sheriff Clarke says. However, when you look very hard, it is scary but true. Progressives are using cult-based psychology to transform our country with the help of the mass media.

Noted economist Thomas Sowell, another black conservative, also recently remarked about this trend with pessimism. In a Fox Business Network interview about the current popularity of socialism, he said,“I do have a great fear that, in the long run, we may not make it” despite the overwhelming evidence of the failure of socialism.

So many people today, including in the leading universities, don’t pay much attention to evidence. When you see people starving in Venezuela and fleeing into neighboring countries and realize that this is a country that once had the world’s largest oil reserves, you realize that they’ve ruined a very good prospect with ideas that sounded good but didn’t turn out well.