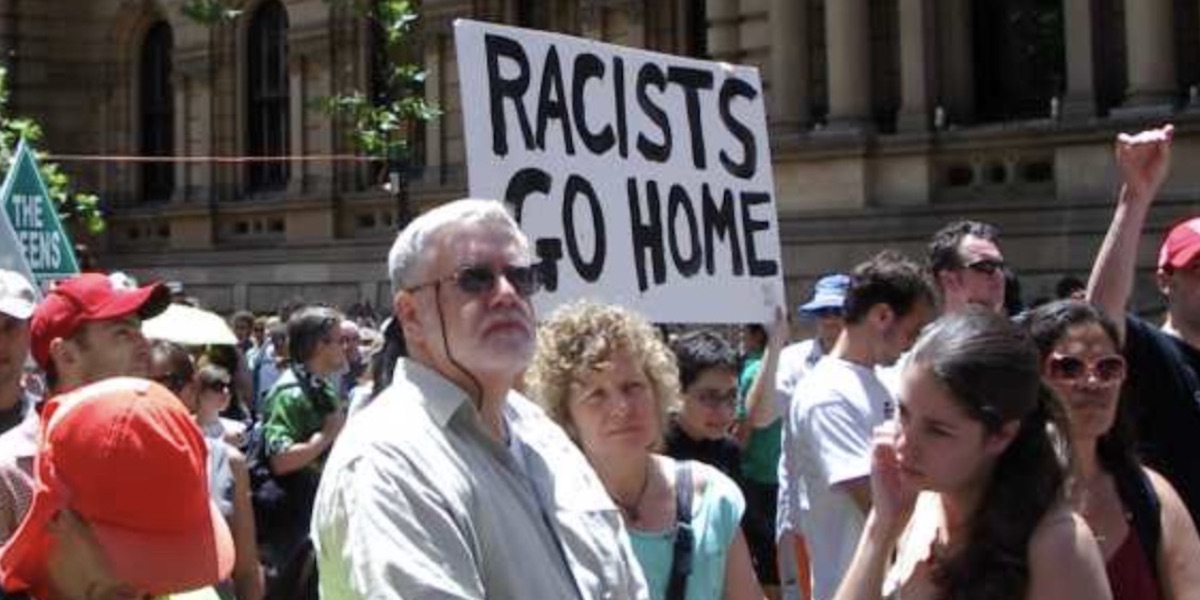 President Trump is frequently under attack from leftist Democrats and left-leaning Republicans who offer comfort to the President’s enemies by helping advance a false narrative about the President’s position on nationalism. A few weeks ago, Michael Steele, the former Republican National Committee chairman, shocked a number of Americans, including myself, by equating President Donald Trump’s silence about the case of Christopher Hasson – a U.S. Coast Guard lieutenant charged with planning a mass terror attack against leftist Democrats – as hidden sympathy for white nationalism.

Steele’s accusation against the president feeds into the left’s narrative of Trump and his white supporters being a bunch of white supremacists with a vision of making America great again by getting rid of nonwhites.

The term “white nationalist” had been bandied about ever since Trump’s unexpected election. The people who push the narrative of white nationalist Trump followers, paint with a broad brush that taints many ordinary Americans who harbor no ill-will toward ethnic minorities. The label is applied to people and situations without much rational thought preceding the accusation.

Even the discredited Southern Poverty Law Center (SPLC) has an official definition that would exclude many of the people who find themselves dismissed as nationalists. The SPLC defines a white nationalist group as one that “espouse[s] white supremacist or white separatist ideologies, often focusing on the alleged inferiority of nonwhites.”

Undoubtedly, there are some white extremists in America; I commissioned interviews with some of them more than a decade ago. However, most of the people who are called white nationalists don’t fit the SPLC definition.

Seventeen years ago, I warned about a new kind of white nationalism quite distinct from white supremacy and white separatism. Although I focused on white Americans, I acknowledged the existence of black and brown nationalism. In the concluding chapter of “The New White Nationalism in America: Its Challenge to Integration,” I warned of the very conditions we see prevalent today.

“We in America, I believe, are increasingly at risk of large-scale racial conflict unprecedented in our nation’s history that is being driven by the simultaneous convergence of a host of powerful social forces. These forces include changing demographics, the continued existence of racial preference policies, the rising expectations of ethnic minorities, the continued existence of liberal immigration policies, growing concerns about job losses associated with globalization, the demands for multiculturalism, and the internet’s ability to enable like-minded individuals to identify each other and to share mutual concerns and strategies for impacting the political system.

“This combination of factors, in addition to others … contributes to a social dynamic that can only serve to nourish white racial consciousness and white nationalism—the next logical stage for identity politics in America,” I wrote.

“There now exists an emerging white interest that is parallel with, and structurally akin to, a black and brown interest, which increasingly sees itself in need of protection from public and private initiatives that are said to favor minorities at the expense of more deserving whites.”

The American nationalism needed to strengthen our nation would include a re-visitation of our shared history and the set of ideals once associated with the civil religion. Undergirding the civil religion are the Judeo-Christian values and principles that helped make America the envy of the world.

Steele is terribly wrong in his assessment of President Trump. White Republicans find themselves betrayed and often attacked by members of their own party. This is especially unfortunate, given the serious nature of the problems facing our nation.

Project 21 member Carol M. Swain, Ph.D., is an award-winning political scientist, former professor of political science and professor of law at Vanderbilt University and a lifetime member of the James Madison Society. This was originally published by The Epoch Times and The Ohio Star.