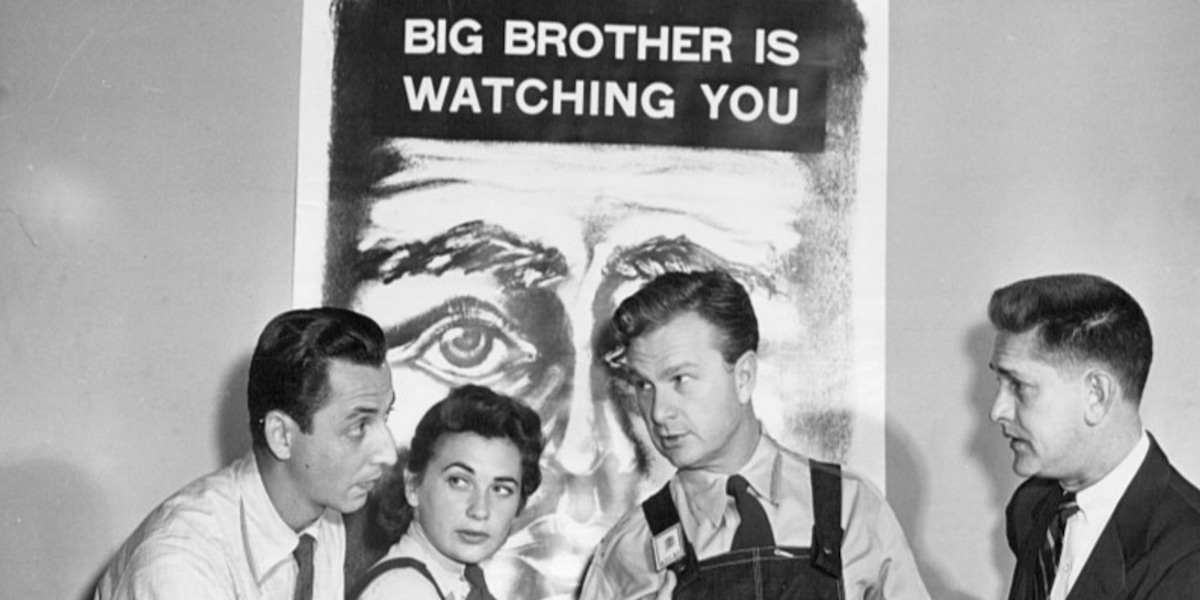 There is a looming, existential threat to American conservatives and others who anger the establishment. Censorship is certainly affecting our freedom of speech right now, but it is also increasingly affecting the ability for some people to make and spend money.

Tech giants are behaving in an increasingly Orwellian fashion, acting as their own Ministry of Truth to erase from the public record those with whom they disagree, in a bid to reshape history and fabricate a world they desire.

“Thought crime,” “doublespeak” and “memory hole” are no longer just concepts from George Orwell’s book “Nineteen Eighty-Four”; they now have real-world applications. It’s as if the book were a blueprint, rather than a warning.

This is the world being created, as tech giants and banks work in tandem with progressive advocacy organizations to exclude people from participating in society, simply because they hold different views.

Censorship is virulently spreading in the United States. In the name of “tolerance” and “social justice,” people are being systematically excluded from online conversation.

In recent times, however, the censorship hasn’t only been limited to online discussion– it has spread to commerce as well. Companies and banks are now using someone’s exercise of his or her free speech rights as a pretext to close accounts and prevent that person from engaging in commerce.

Being blocked on social media platforms such as Facebook is common, becoming something of a badge of honor for some political posters and meme warriors. Awareness of this fact of online life intensified on March 13 after a widespread Facebook and Instagram outage led many people to search their past posts for a reason they might be locked in “Facebook jail.”

For political activists these days, censorship is much more than the inconvenience of not being able to post the zinger that wins an argument or distribute the dankest meme. It can also deprive them of the ability to earn an income. And, as the U.S. Supreme Court pointed out in Buckley v. Valeo, money is speech.

One of the people this has already affected is conservative gadfly Laura Loomer, who told Adrian that she lost 90 percent of her income after she was deprived of the ability to monetize her online activities after being banned by PayPal:

I recently posted a tweet in defense of conservative journalist Laura Loomer, saying: “The banning of Laura Loomer from Twitter, Venmo, PayPal, Uber, Lyft, Uber Eats, and Teespring should be illegal. In a free nation, no person or company should have the power to block people from speech and commerce, simply because they disagree w/ their politics.”

Immediately, the post received comments from people (predictably) stating that private companies are allowed to refuse service to anyone. Despite the fact that many of the companies engaged in this behavior are public (and social-media sites, specifically, are operating spaces for public speech and discourse), this goes beyond the issue of companies being able to refuse service. It’s about the United States creeping toward an authoritarian system that can prevent any person from participating in commerce, simply for “wrongthink.”

And financial exile can be used as a weapon by others to squash political debate. Adrian explains:

In another example, Visa and Mastercard blocked the David Horowitz Freedom Center (a conservative organization) from receiving donations. The ban was based on a complaint from the Southern Poverty Law Center, a group that actively works to have conservatives censored and de-platformed. After two days of meetings with attorneys, the bans were reversed.

Not everyone can afford lawyers to reopen their closed accounts. For many, such banishment is a virtual death sentence for their political aspirations. Being added to the SPLC’s hate list, for example, automatically gets an organization blocked from the AmazonSmile fundraising program. That’s a third-party – and very political – group holding the keys that allow or disallow others to raise money through Amazon. That’s scary.

It also seems highly unlikely to Adrian that such a political hit job could be employed by conservatives against liberals. He suggests:

Imagine if conservatives banned supporters of Rep. Maxine Waters (D-Calif.) from taking rideshare services to her campaign events. Imagine if grinning, MAGA-hat-wearing Trump supporters prevented fans of House Speaker Nancy Pelosi (D-Calif.) from not only sharing her bad policy ideas on social media, but making political donations via credit card or by any electronic means. Imagine The Heritage Foundation lobbying to have CNN White House correspondent Jim Acosta’s bank accounts closed. The outcry would be deafening.

And this power could usher in the bleak 1984-style future that Adrian warns about for everyone – not just politicos.

As technology introduces new ways to transact business, the censorship of Big Tech that we’ve already seen – on their own or dictated by others – can have a significant impact on our society. Adrian writes:

[B]anks and governments have been incrementally pushing the world toward a cashless monetary system. Should such a system materialize, politicians… and political activists – working hand-in-hand with financial companies –will have the ability to prevent anyone they don’t like from being able to purchase food, goods, and services or even to travel…

“If a ‘cashless’ government becomes authoritarian, it can not only monitor and tax everything you buy, but also ban purchases,” wrote Lowell Ponte on American Thinker. “This authoritarian step-by-step plan makes people depend on credit cards and on renting things instead of owning them. Then it outlaws cash as something only outlaws use. The government can control what people are permitted to buy by regulating and intimidating banks and credit card companies.”

When one considers that New York Governor Andrew Cuomo already declared there is “no place in the state” for those he considers to have “extreme” pro-life and pro-2ndAmendment views, and that China is restricting travel through a behavior-based “social credit” system, 1984 may already be here.