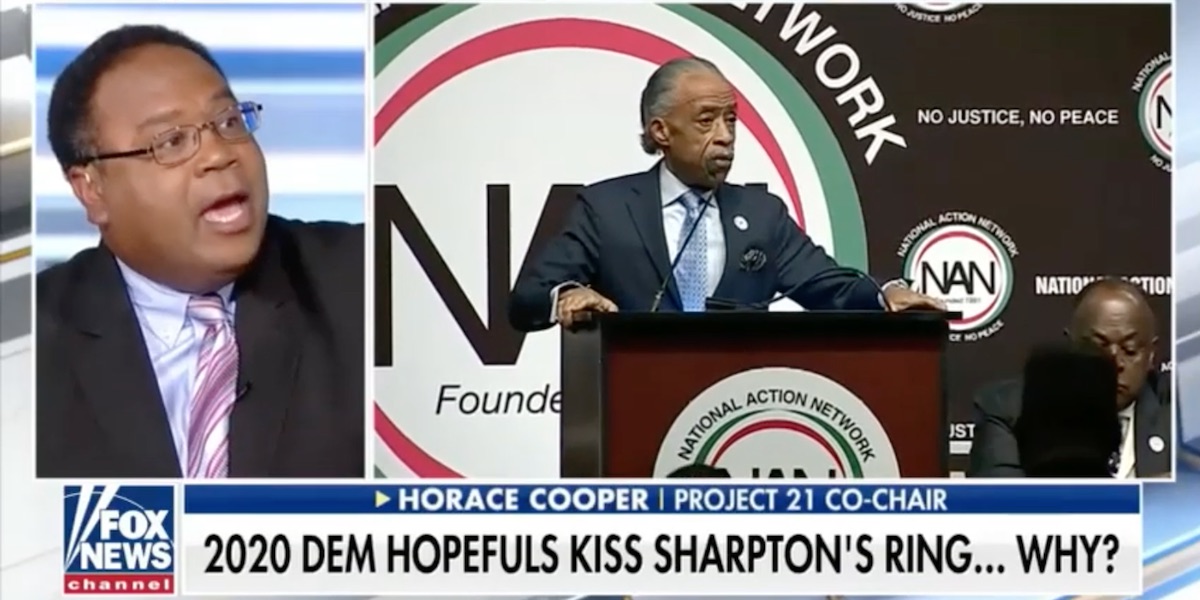 Liberal politicians looking to set themselves apart from their colleagues are pushing the envelope with identity politics. The reason, said Project 21 Co-Chairman Horace Cooper during a recent panel discussion on the Fox News Channel, is because “division works.”

But such positions could end up being a double-edged sword.

The embrace of identity politics has become so brazen that Stacey Abrams – a failed former gubernatorial candidate in Georgia now considering a run for U.S. Senate or the presidency – proclaimed at the Reverend Al Sharpton’s recent National Action Network conference: “I believe in identity politics.”

Hardly unambiguous. And surprisingly not at all in the extreme for the event. Yet such a political strategy could be short-sighted for those seeking to appeal to the entire electorate. As Horace explained on a recent edition of The Ingraham Angle:

If you rile up people – if you get them angry instead of looking at the gains that have been achieved, [liberals] can benefit…

The problem is many black Americans, white Americans and brown Americans are looking around and saying, “What am I getting with all this division?”

One particular topic in the identity politics grab bag that appears to be important for earning Sharpton’s favor is support for reparations to be paid to black Americans for enslavement that happened generations ago. While it is something many liberal politicians allegedly endorse, Horace pointed out the impossibility of being able to justify such a thing in this day and age in addition to determining who is qualified to receive the benefit:

Across the board, this is a dumb idea. It doesn’t make sense.

There is no correlation between the status of a black American, white American or brown American today and what happened with slavery.

We have had an intermixing and immigration effort that has changed and transformed the makeup of this country. You’re not even able to identify. Does Kamala Harris – is she a beneficiary?

Watch the entire discussion below.