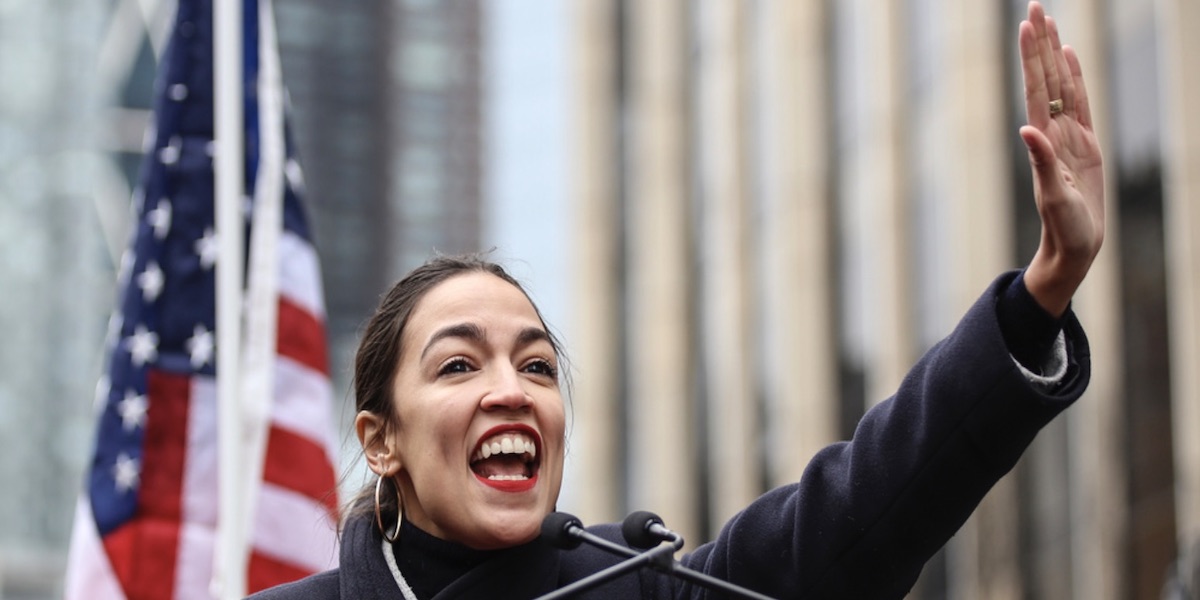 ConservativeBlog.org
Posted at 20:55h in Blog, Project 21 by David Almasi

After Representative Alexandria Ocasio-Cortez’s address at the recent National Action Network conference, it’s hard to believe she didn’t get called out by the majority-black audience for pandering or worse.

In full view of NAN supporters and Al Sharpton, Ocasio-Cortez slipped into a black vernacular. She was obviously trying to relate to the audience, but is it appropriate to do so at a time when “cultural appropriation” is considered a high crime by the left?

If you ask Project 21 member Emery McClendon, the answer is “no.” While McClendon and Ocasio-Cortez share little in common – he is a veteran Tea Party organizer and she is, well, a self-identified Democratic Socialist – it seems like McClendon is the one more interested in making sure that Ocasio-Cortez and others are mindful that their mimicry is more likely mockery.

Then again, it appears to be easier to get away with such behavior when you’re a liberal. Remember, for example, how Joe Biden was spared the rod when he called future running mate Barack Obama “articulate and bright and clean” and scared blacks by saying Mitt Romney would “put y’all back in chains.” Emery points out:

Al Sharpton’s recent National Action Network meeting commanded the attention of many liberal superstars. Alexandria Ocasio-Cortez was no exception. But how she acted made her stand out.

Ocasio-Cortez stirred up attendees by resorting to “blackspeech” as she addressed the crowd. Just like Hillary Clinton did in Alabama as she used the words of the late Reverend James Cleveland, Ocasio-Cortez – also not black – put on a stellar slow, black accent as she spoke.

It would seem to me that Ocasio-Cortez’s address would have been offensive to those who heard it. First of all, she spoke down to the mostly black crowd, telling them that it was alright to do menial and ordinary jobs. That in itself should have been enough to draw criticism, because she made it sound as though blacks should not seek to achieve anything better.

And she said this even though she referred to her own story of having progressed from making drinks as a bartender to making history as the youngest elected congresswoman. Then there was her slow, carefully-crafted “blackspeech” throughout it all.

Instead of drawing criticism, she drew applause and smiles from those who were sitting there listening to her. Media commentators didn’t take her to task later.

I wonder how the attendees would have responded if she also used blackface to make herself authentic?

It makes me wonder. Could this be the new liberal strategy to avoid a charge of racism from the black community?

Let’s start our stopwatches and wait to see.