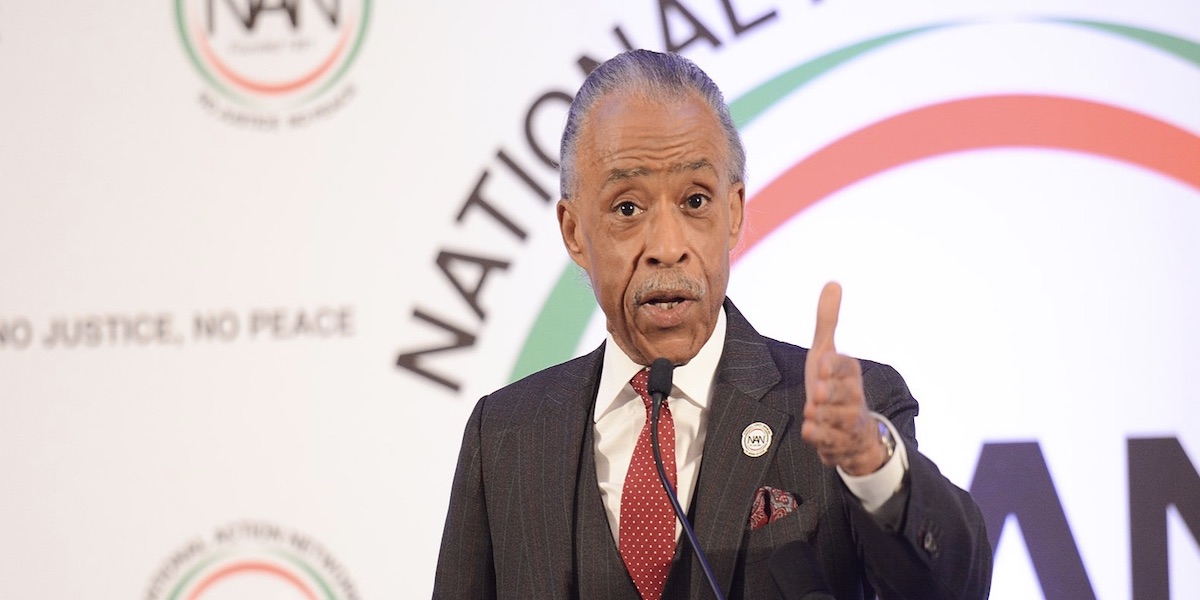 11 Apr 2019 Reparations Rhetoric May Bite Liberals in the End

Since 1989 and until his resignation from Congress in 2017, Representative John Conyers promoted legislation designed to pave the way for potential reparation payments for American slavery.

When Conyers was in the majority, his bill was often designated HR 40 – a reference to the “40 acres and a mule” allegedly promised to freed slaves by General William Tecumseh Sherman in the aftermath of the Civil War. But, whether he was in leadership or not, Conyers’ reparations bill never gained traction. It languished for three decades.

In 2019, the bill lives on – introduced as HR 40 once again in the 116th Congress by Representative Sheila Jackson Lee. The current version is described as seeking to “establish a commission to study and consider a national apology and proposal for reparations for the institution of slavery, its subsequent de jure and de facto racial and economic discrimination against African-Americans, and the impact of these forces on living African-Americans, to make recommendations to the Congress on appropriate remedies, and for other purposes.”

With intersectional politics dominating the left, the reparations issue is a front-burner issue these days. Speaker Nancy Pelosi told students at Howard University: “I support that and look forward to an open mind and full participation of the public in that discussion.” Despite this positive rhetoric, HR 40 has not seen any congressional consideration since its introduction in January.

Where it has gotten traction is among presidential candidates, with the skids greased by the Reverend Al Sharpton. At the recent National Action Network conference, liberal challengers to President Donald Trump either endorsed the idea behind HR 40 on their own or did so after prompting from Sharpton. Senator Kamala Harris said she would “sign that bill,” as did Senator Bernie Sanders. Governor John Hickenlooper claimed, “I’m gonna pass it.”

The one lawmaker who reportedly showed reservations at the early April event was Senator Cory Booker, who warned that dealing with the issue of reparations “cannot become just a political box-checking exercise.” Booker’s trepidation was short-lived. The next week, perhaps as an apology of his own for not immediately falling into line, he introduced the Senate companion legislation to HR 40 – S 1083 – with a declaration that the bill “is a way of addressing head-on the persistence of racism, white supremacy, and implicit racial bias in our country.”

Clinging to the idea that today’s Americans – presumably those of all races and statuses – who are not responsible for slavery should be paying reparations to those who were not enslaved is seen as more than just a little divisive right now.

While members of the National Center’s Project 21 black leadership network are not trying to explain away or justify the sins of America’s past, they are concerned that dangling the notion of a potential financial remedy isn’t a feasible remedy or solution. “Putting the faults of slavery upon those who did not contribute to the atrocity is not an appropriate way to usher in a more unified society. The current generation is not responsible for this tainted history, but we are responsible for advocating for a more perfect union that will come by those willing to improve the present and not dwell on the past,” says Project 21 member Demetrius Minor. “While the subjects of slavery and race can make us uncomfortable at times, it’ll be more uncomfortable to pander to certain groups of people instead of offering concrete solutions to better our communities.”

While HR 40/S 1083 is supposed to set up a commission to determine next steps for a formal apology for slavery and other civil rights matters, the sheer time that has passed since the era of slavery and the growth of the American population – in attitude, number, ethnicity, racial intermingling and later immigration – makes figuring out who needs to “do what” and “get what” something between a Herculean and Sisyphean task. “The slavery reparations legislation that Senator Cory Booker introduced takes shameless pandering to an important constituency to another level,” says Project 21 member Christopher Arps. “Just the task of determining who is eligible for reparations will be a nightmare. If African-Americans do eventually receive reparations, will we still be able to claim past racism and oppression are keeping us from advancing in this country? Or will the majority say you’ve been paid off and now you’ve been made whole?”

“Across the board, this is a dumb idea. It doesn’t make sense,” said Project 21 Co-Chairman Horace Cooper on a recent edition of “The Ingraham Angle” on the Fox News Channel. “There is no correlation between the status of a black American, white American or brown American today and what happened with slavery. We have had an intermixing and immigration effort that has changed and transformed the makeup of this country.”

And, as intersectionality as a political weapon has become a double-edged sword that has wounded those who have dabbled in it (like the #MeToo-motivated resignation for Conyers), Project 21 member Adrian Norman suggests that further official study of the reparations issue might burst some liberal political bubbles.

“The idea of reparations is flawed for several reasons, notably that it is predicated on the idea that all of America is responsible for slavery and its effects,” says Adrian. “With that being said, a commission to study the issue might be beneficial, because a fair investigation on this topic will expose to the rest of the country what conservatives already know: Slavery was a phenomenon of the Democrat Party – as were Jim Crow laws, the emergence of the Ku Klux Klan (which operated as the militant arm of that political party) and policies that disenfranchised blacks.”

Adrian adds: “Liberals have misled many people on this issue by masking their own failed policies with the phrase ‘the legacy of slavery and Jim Crow.’ So, if it is determined that reparations are to be paid, they should pick up the tab.”