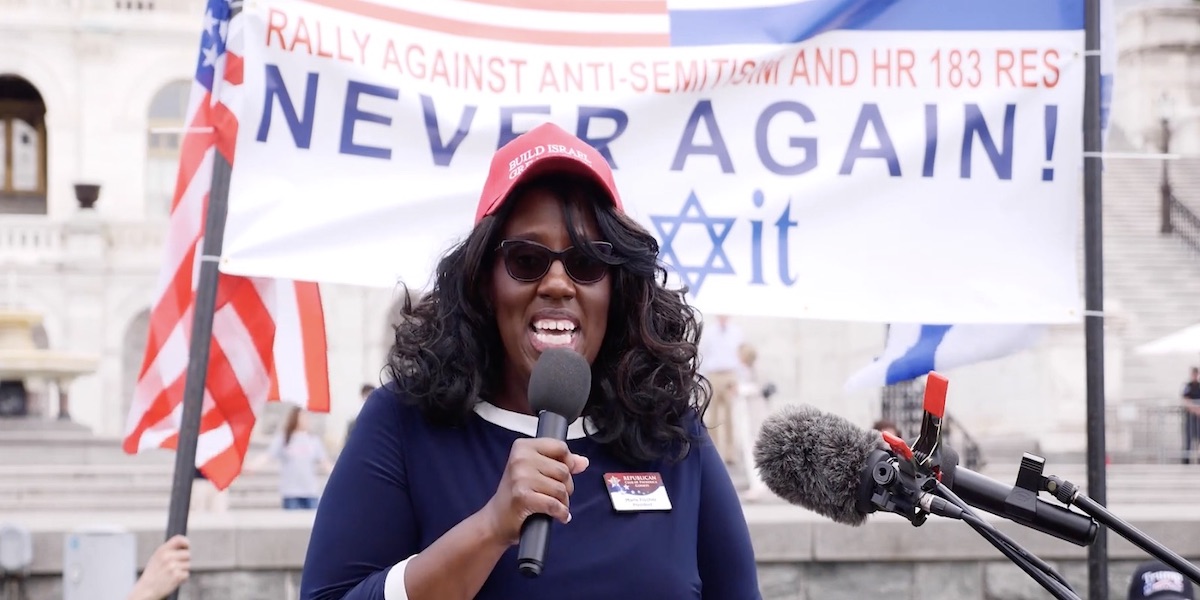 At a rally on the grounds of the U.S. Capitol, Project 21 member Marie Fischer said she is “not what the average person expects when they see a Jewish person.” This has allowed her a keen insight into the way some people think about those of the Jewish faith. “Because I’m not what people expect,” she told her fellow ralliers, “you wouldn’t believe what I hear.”

Marie joined others on the Capitol grounds on May 7 to, among other things, demand a “repeal and rewrite” of House Resolution 183. That resolution began as a way to condemn remarks made by Representative Ilhan Omar that many deemed to be anti-Semitic. But what was eventually passed in the House did not cite Omar specifically and condemned criticism of both Judaism and Islam. In the end, it could be said that it resembled Omar’s claim that such criticism is “two sides of the same coin of bigotry.” Yet Omar’s comments continued after the resolution was passed.

Marie talked about how easy it seems for some people to engage in hateful comments about Jews. For Marie, who is black and Jewish, she sees anti-Semitism as a more clear and present problem than racism in terms of what has been revealed to her by people who let their guard down.

In her remarks at the rally, Marie said about anti-Semitism:

And this isn’t just happening. It’s been happening for 20 years. I hear people make derogatory comments, statements – and they think they can just get away with it. But we can’t let them get away with it anymore.