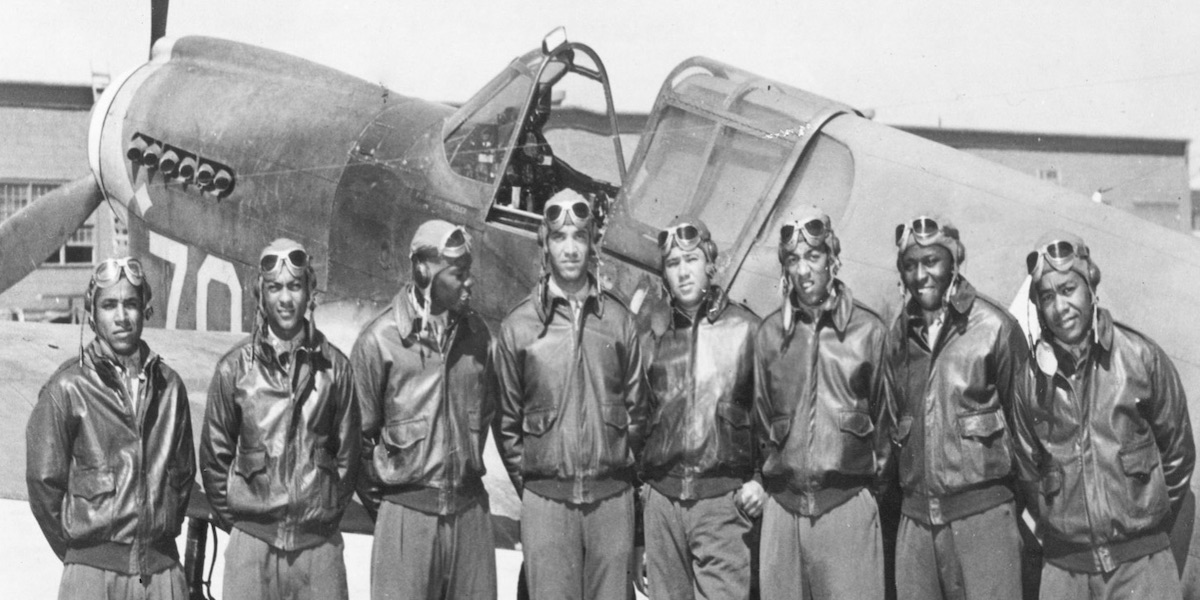 ConservativeBlog.org
Posted at 15:19h in Blog, Project 21 by David Almasi

Police are looking for information about the vandalism of a statue of a black military hero. For a member of the National Center’s Project 21 black leadership network, it’s personal. He’s wondering why someone would want to destroy the lovingly crafted replica of his cousin.

“These days, it seems that no historical relic is off limits to those who want to eliminate America’s heritage,” says Project 21 member Emery McClendon, a Tea Party organizer and veteran of the U.S. Air Force and Indiana Air National Guard.

Since 2015, the life-size replica of retired Army Chief Master Sergeant Richard Hall, Jr. has been on display outside the Hannibal Square Heritage Center in Winter Park, Florida. Hall, who is 96 years old and now a resident of nearby Maitland, is one of the few remaining Tuskegee Airmen – the black fighter and bomber group of the U.S. Army Air Forces during World War II. Sometime during the first weekend in May, Hall’s statue was vandalized. It appears someone punched it, creating “an eight-inch hole in the gut.”

Fellow Tuskegee Airman Darrell Gray says, “This is personal.” He adds, “This vandalism is unacceptable, and will not be tolerated.” Rigoberto Torres, the artist who created the statue, is already talking to the staff of the Heritage Center about fixing the damage.

Emery has spoken with his cousin, and reports that while Hall is devastated at the vandalism, the community’s support has lifted his spirits.

When asked by the Orlando Weekly if was a hate crime, Heritage Center manager Barbara Chandler said they “don’t know what to call this” other than “intentional.” Anyone with information is asked to call the Winter Park Police.

Emery says about the vandalism:

On purpose or just to cause mayhem, vandals targeted a statue that honors one of our nation’s Tuskegee Airmen. These men, in the face of adversity at home and in the theater of war, performed heroically and honorably. They deserve our respect.

After seeing what happened to the tribute to my cousin, I am shaken. It’s as if these heroes haven’t gone through enough to show their love and dedication to our great nation.

But Cousin Richard will not be deterred. Now, as he did then, he is keeping a stiff upper lip. He says he will continue to travel when he can to keep the history of the Tuskegee Airmen alive. He is moved that the community has rallied around efforts to fix his statue and will not let the vandals prevail.

The bad behavior of a few people cannot obscure the pride that so many Americans have for those who have served and sacrificed so that we can live in freedom.

Emery is the founder of Amateur Radio Military Appreciation Day. On May 19, this year’s ARMAD observance in Ft. Wayne, Indiana will focus on the career of Richard Hall, Jr.