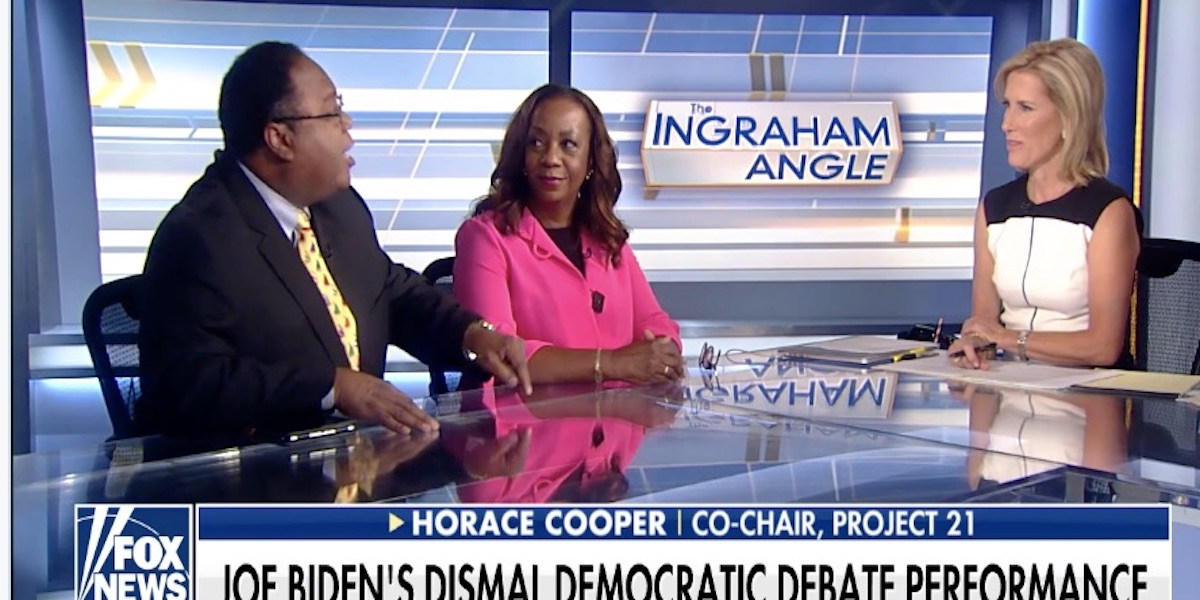 Former Vice President Joe Biden’s political legacy is in shambles because of the modern “poison” of being able to charge someone with racism for potentially anything.

In an appearance on the Fox News Channel’s “The Ingraham Angle,” Project 21 Co-Chairman Horace Cooper said this reckless behavior has Biden “living on some borrowed time” with regard to his political viability.

After Biden made comments about being able to work with disparate political groups – including segregationists in his own party in the 1970s – his critics used his comments to portray the career politician as a vile racist. While not directly labeling Biden with the term like they do to President Trump, they have released a stream of accusations obviously meant to diminish Biden’s reputation.

During the Fox panel discussion, Horace said that Biden should have directly confronted his critics to blunt their efforts against him. But Horace also pointed out that the flippant use of specious racial allegations is a practice in which Biden himself has engaged in the past. If anything, his current situation is a kind of karmic retribution.

He should have had a Sister Souljah moment where he turned to Kamala Harris and explained to her that it was 2019 and the complaints that she was raising about busing isn’t even popular within the black community let alone within America broadly.

That’s what he should have done. But those who live by the sword die by the sword. He called out… his opponents [in the past] as racists – saying they’re gonna hook you guys all back up in chains, and now it’s come back to haunt him.

He should never have used the race foil, and it’s never a good idea to have that show up in a debate.