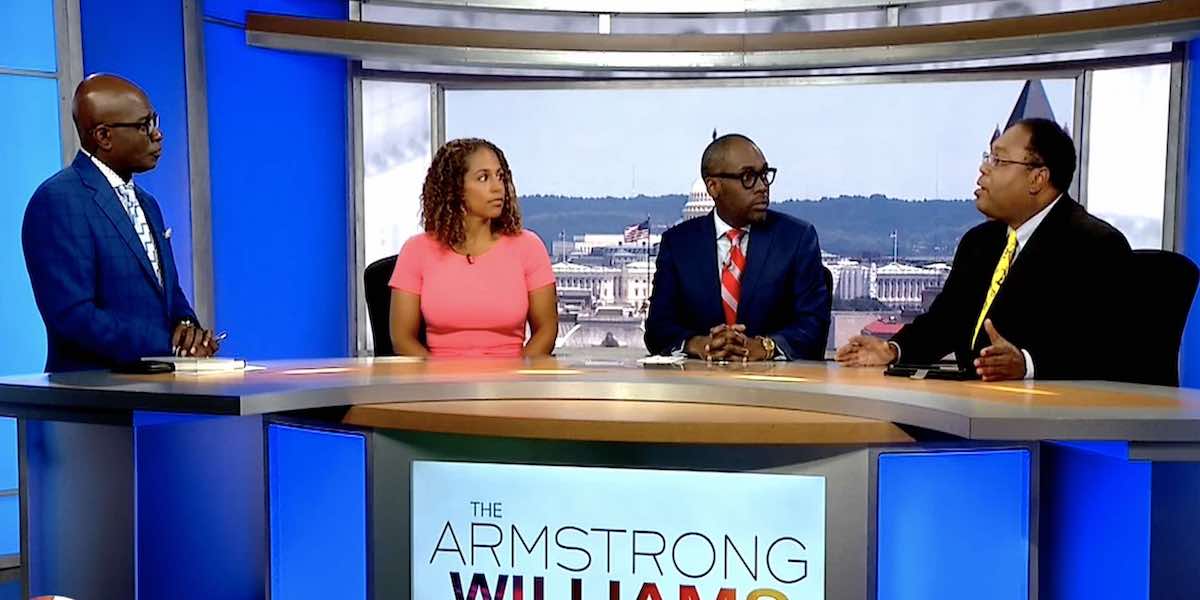 Blacks are “at the back of the political bus” in the current intersectional pecking order of progressive priorities.

This observation was made by Project 21 Co-Chairman Horace Cooper in a recent segment on the syndicated “Armstrong Williams Show.” He was joined on the program by Shelby Emmett, another member of Project 21 who works as an attorney for the American Legislative Exchange Council (ALEC).

Horace, Shelby and political commentator Paris Dennard talked with Williams about possible black political realignment due to factors that include good policy results from the Trump Administration on issues of importance to black Americans and a growing disinterest toward those same concerns on the part of the liberal establishment.

Talking about the growing inattention, Shelby said she finds it “quite insulting,” and that black people are “very upset” that special interest groups are “stealing our narrative as black Americans.” She explained:

Anything from illegal immigration to transgender to whatever new group we’re creating now in this country is now: “Oh, it’s the new civil rights movement. It’s just as bad as what’s happening to you. It is your history.”

And I think a lot of black people are very upset about that.

Horace noted that the emphasis that the liberals place on these other groups’ issues is also being noticed. He suggested there is a growing gender-gap in political support for the liberal establishment in the black community. He referred to H.R. 40, the bill that would set up a commission to look into a formal apology and potential reparations for slavery, as an example of liberal intersectional priorities – saying that their emphasis on this bill “is actually a backfire.”

What are black Americans getting? A study!  A study – that’s all that counts for you because now, with progressives, blacks are at the back of the political bus.

The order of operations. I don’t know who tops us, but black people have gone to the bottom in the narrative. And everyone else is taken hostage over it.

And they got real benefits. They get real priorities. Their issues are mattering.

You notice that. If someone wants your vote now, they need to tell you they’re gonna do better than that. And a study is not gonna count.

“The Armstrong Williams Show” can be found nationwide in 171 television markets.