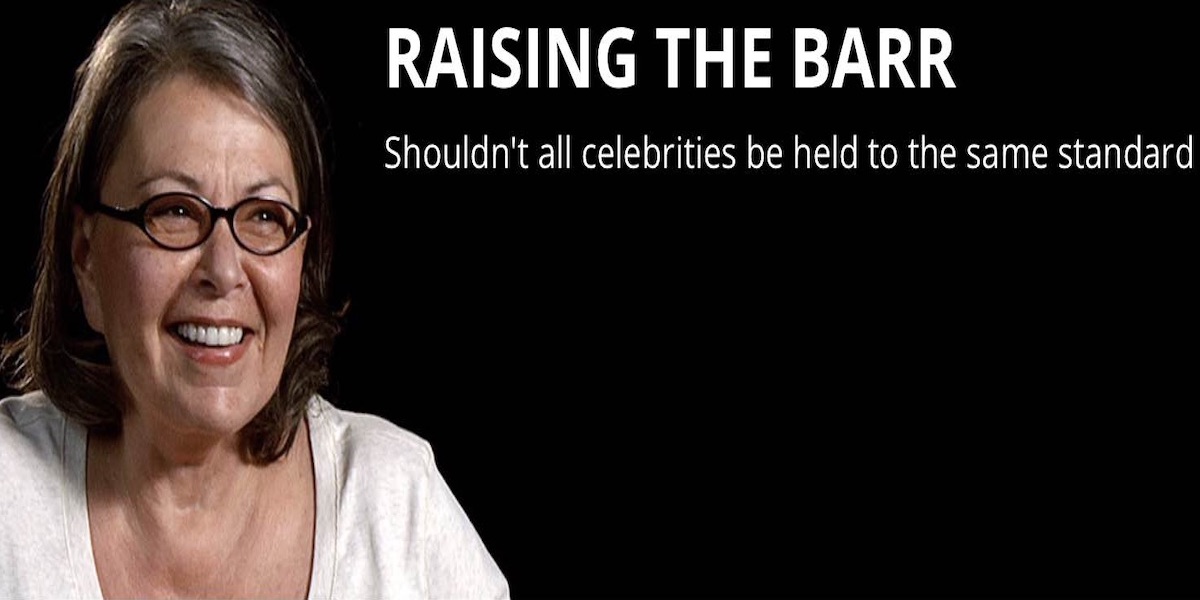 Roseanne Barr essentially lost her career last year after she made vicious remarks on Twitter against former Obama confidante Valerie Jarrett. Barr claimed her tweets against Jarrett weren’t racist, but she was fired from the television show that she had created and which had jumpstarted her career.

After it was all over, a chastened Barr said, “I made a mistake obviously. It cost me everything, my life’s work. And I paid the price for it.” To Jarrett, she added: “I’m sorry you feel harmed and hurt because I never meant that.”

As they say in Hollywood, she’ll never work in that town again. But it seems different for liberals.

While not condoning Barr’s behavior, Project 21 is pointing out an apparent double standard when it comes to the treatment of bad behavior on the part of liberals and, in the case of Barr, those perceived to be conservative or who are actually conservative.

For instance, why did Megyn Kelly lose her talk show and get fired from her network for simply questioning the outrage over people dressing in blackface, when the National Center’s Free Enterprise Project uncovered that Joy Behar and Jimmy Kimmel never seemed to be in danger at their network (Roseanne’s network) despite having dressed in blackface.

And the same standard usually applies in politics. Days after Florida’s conservative Secretary of State Michael Ertel resigned because photos surfaced of him in blackface during his youth, liberal Virginia Governor Ralph Northam admitted and Virginia Attorney General Mark Herring admitted to being involved in similar incidents. Despite calls for their resignations, both stayed in office – with Northam reversing his admission and Herring still intending to run for governor in 2021.

It’s because of this double standard that Project 21 members want to help in “Raising the Barr” of decency.

“Raising the Barr” is a new blog from Project 21 that will call out the bad behavior of celebrities and politicians and the hypocritical reactions of the establishment when it comes to issues that hurt race relations.  It asks: “Shouldn’t all celebrities be held to the same standard of decency as Roseanne Barr?”

There’s absolutely no question that political and moral double standards exist between leftists and conservatives. To the point, the left doesn’t acknowledge, nor is capable of living up to, the standards it sets for conservatives.

Take racism, for example. Leftists have rushed to label Donald Trump, Jr. “racist” for retweeting a tweet – from a black man – that questions Senator Kamala Harris’ racial identity. Yet barely a peep was made when, while then-senator Barack Obama was running for president, “60 Minutes,” Time magazine and Stanley Crouch all questioned Obama’s racial identity – inquiring whether he was authentically black enough to garner the black vote.

Further, since the 2016 election, leftists have repeatedly called President Donald Trump a racist. But they haven’t repeatedly called Virginia Governor Ralph Northam a racist, even after he admitted and apologized – and later rescinded both – for being photographed in either blackface or a Ku Klux Klan costume in his medical school yearbook.

These double standards exist because the left refuses to judge itself by the standards to which it holds conservatives.

The first post in “Raising the Barr” talks about the U.S. Women’s National Team that recently won the World Cup. While there are those who see the players as role models, their actions – particularly the behavior of goalkeeper Ashlyn Harris – call into question whether they can appropriately fill that role.