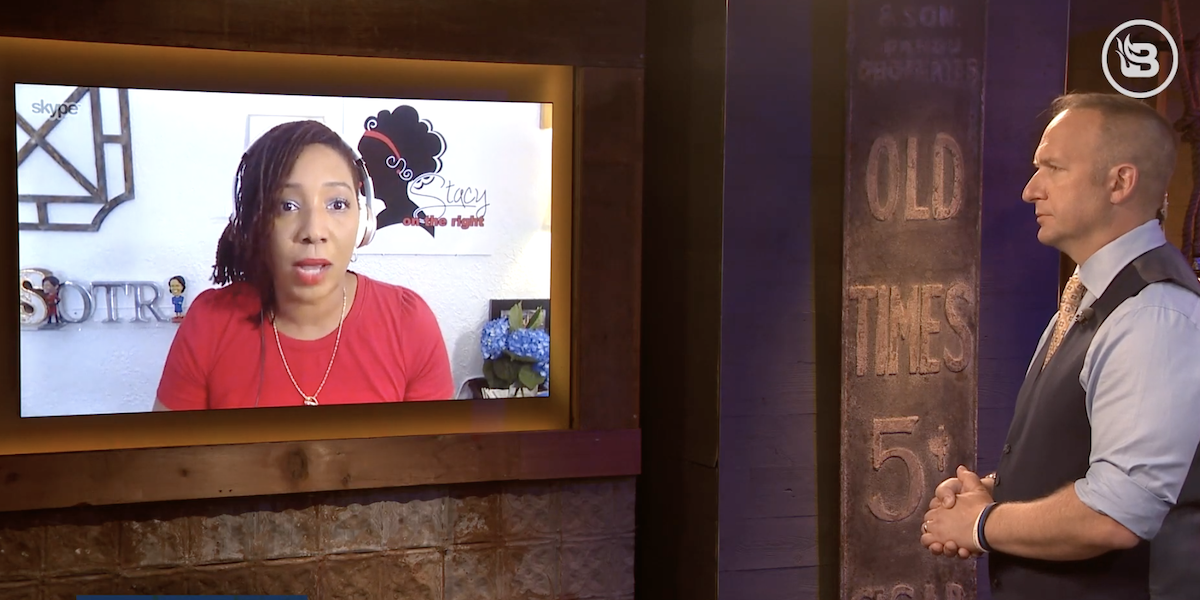 02 Aug 2019 Reparations: “Pie in the Sky” Scheme to Keep Blacks on the Liberal Plantation

Taxpayer-subsidized reparations for slavery (which was abolished in the United States over 150 years ago) are probably as popular with liberal politicians now as ever before.

Congress held a hearing on legislation to form a commission that would consider how reparations might be paid out. The concept has been embraced by several liberal presidential candidates. One candidate has gone so far as to already endorse paying out between $200 and $500 billion in reparations as a “debt that is owed.”

In a recent interview with BlazeTV host Andrew Wilkow on his eponymous “Wilkow!” program, Project 21 Co-Chairman Stacy Washington called reparations a “pie-in-the-sky” notion. She doesn’t believe the government will figure out a means to transfer wealth to black Americans who haven’t been in danger of enslavement in generations, using their own tax dollars and those of other Americans who never owned slaves and whose ancestors might not even have been Americans when slavery was legal.

Stacy instead sees reparations as part of a larger effort by liberals to sell their unpopular political agenda. And when they are “selling a product that’s not the best,” she noted that people “tend to speak in… past tense because you have to keep your buyer wherever your product gives them the best opportunity.”

She noted that it’s tough for liberals to sell the claim that change is necessary when things are going well right now. Stacy explained:

In an economy that’s booming, when black unemployment is at record lows like we haven’t seen in 70 years, when more blacks are employed than ever before and blacks actually have an opportunity to make up for the losses in homeownership and wealth attainment that were experienced during the Obama Administration, you have to keep the language centered in on what you’re selling. And the [liberals] are selling demagoguery. Victimhood.

And really, like how can they compete with the Trump economy?

And even the allure of “free money” to try to shore up a part of the liberal coalition that may be waning in enthusiasm is not a sure thing. Stacy said the current economic recovery is giving people ample options for earning on their own rather than chasing a long-term liberal promise of a future payout:

This is the worst time in America to try to sell reparations to any group.

Because instead of waiting for the government to give you – what? – five grand, which you may or may not be entitled to, you can just go out there and invest your money. Or start a business. Or just go work – have more than one job and get your hands on five grand much more quickly that you actually have control over and can spend at will.

So it’s funny to me that they’re still peddling that stuff. But they don’t have any winning policies.

For all these reasons, Stacy says reparations are “a no-go.” She even questioned the liberals’ authenticity in actually following through on their promise to try to secure such payments:

At no point have they ever offered black people reparations. It’s a no-go.

I mean, take any issues that Americans are talking about at their kitchen tables. Things that impact people on a day-to-day regular basis. And [liberals] don’t have a solution for it… There is no solution they’re offering Americans.

On the other hand, and the reason why liberals seem to be turning to reparations as a quick-fix way to shore up black support, Stacy pointed out:

The President has an agenda that benefits black people not because they’re black but because they’re alive in America today. And they can partake of this economy… It’s newfound freedom that he’s actually spreading around here.

In the end, reparations is political cynicism. Stacy remarked:

They don’t love us all – they just love the ones of us who might give them power. This feeling was recently echoed by fellow Project 21 Co-Chairman Horace Cooper. On a recent edition of the syndicated “Armstrong Williams Show,” Horace said about the bill to create the commission:

What are black Americans getting? A study!  A study – that’s all that counts for you because now, with progressives, blacks are at the back of the political bus.