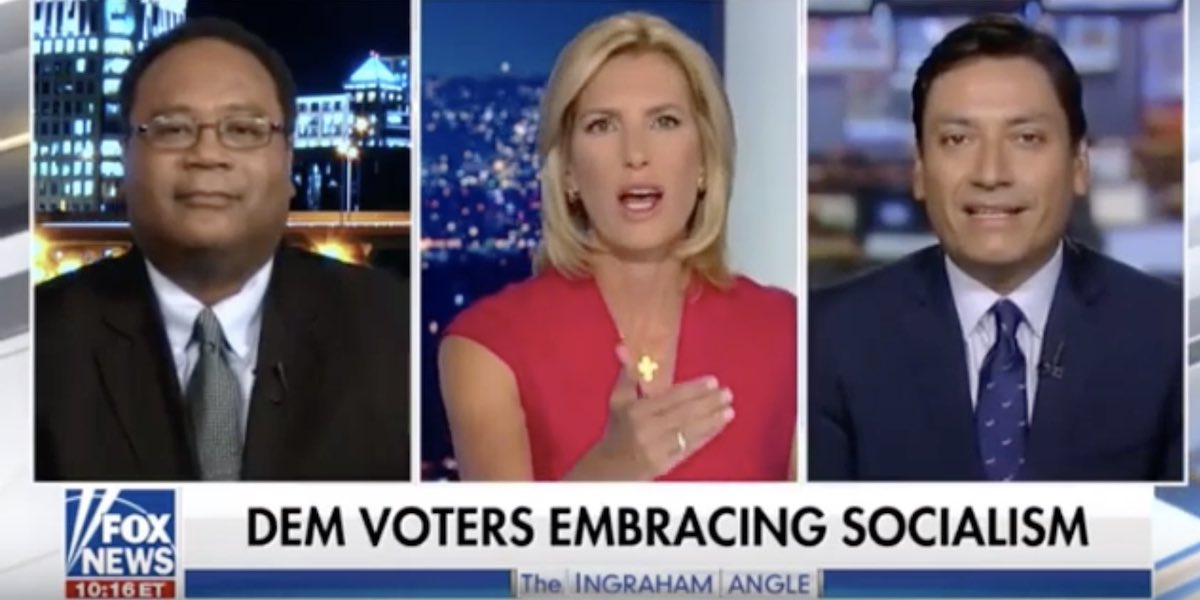 ConservativeBlog.org
Posted at 21:00h in Blog, Project 21 by David Almasi

Today’s liberals are taking a huge left turn into socialism. Interestingly, as socialism fails in Europe, Venezuela and other places, American liberals are heartily embracing it.

In a panel discussion on the Fox News Channel program “The Ingraham Angle,” Project 21
Co-Chairman Horace Cooper said this slide is encouraged by the odd behavior of former Vice President Joe Biden – who has recently begun trying to address and explain his confusing behavior.

Socialism is on the rise with progressives and the Democrats. And Vice President Joe Biden is in the middle of a meltdown…

This isn’t the sign of a successful campaign. It’s not the sign of a winner. And this is a problem because the socialists are going to rush past the old, tired Joe Biden that can’t seem to figure out what state he is in or where he is.

And this radical shift is making it harder to reach consensus. Host Laura Ingraham, who worked in the Reagan White House and later at the U.S. Supreme Court, commented that debate was more collegial in the 90s. In particular, she said conservatives were not regularly referred to as “white supremacists.” To that remark, panelist Luis Miranda proved her point — and Horace’s assertions — by remarking: “They also weren’t where they are today.”