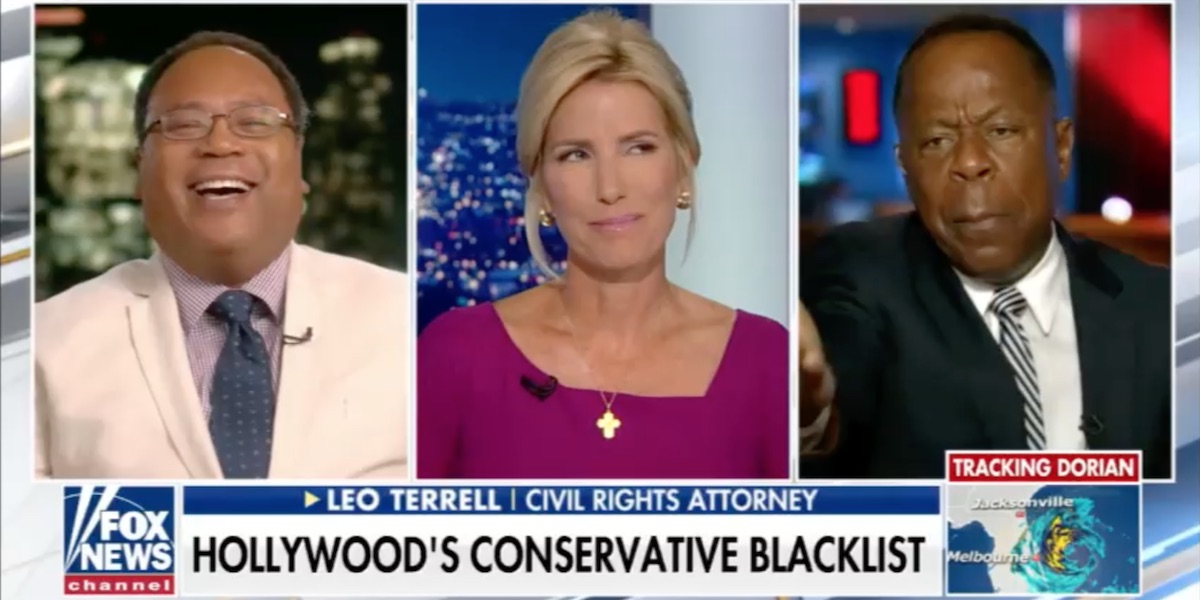 04 Sep 2019 Liberal Celebs “Do Not Believe in Free Expression”

People in the 1940s and 50s who lost their ability to work in the entertainment industry because they were thought to be Soviet collaborators were called “blacklisted.” While many of the accused were far from innocent, the blacklisted of that era are venerated by Hollywood today.

Yet those in our culture who profess the virtue of those individuals – who in reality often worked against our nation – are right now diving headlong into their own blacklisting of conservatives in Hollywood who want to support an elected American president. And many actors, actresses and people behind the camera who hold openly conservative views can point to situations in which they have lost jobs because of their politics.

The blacklist lives, and those who condemned the old one are happily to maintain a new one. On the Fox News Channel, openly conservative actor Robert Davi said “hating on Trump” is “nothing new,” but the antipathy toward conservatives has “increased – it’s now on steroids.” He also said he has been denied jobs because of his politics and has been offered opportunities to publicly renounce his beliefs.

The stars of the cancelled sitcom “Will and Grace” asked that the entertainment media do liberal Hollywood’s bidding and “dox” anyone in the industry who attends an upcoming Beverly Hills fundraiser for President Donald Trump. Eric McCormack recently tweeted to The Hollywood Reporter his request for the newspaper to “kindly report on everyone attending this event, so the rest of us can be clear about who we don’t wanna work with.” Co-star Debra Messing – already making headlines for suggesting black Trump supporters are mentally ill – backed up McCormack when she tweeted: “Please print a list of all attendees please. The public has a right to know.”

In a condemnation of Messing’s act of “liberal privilege,” Project 21 member Derrick Hollie said it “shows how unhinged some liberals are and just how far they will go to destroy the lives of others who don’t agree with them.”

While fellow panelist Leo Terrell challenged Horace and host Laura Ingraham that what McCormack and Messing said is “free expression” and merely wanting “transparency,” as McCormack claimed in a later pushback against criticism, Ingraham said such talk from powerful celebrities gives “aid and comfort” to those who want to maintain a blacklist.

Let’s be clear. I remember, not too long ago, a rodeo clown put on an Obama mask and ran around. And liberals exploded.  No one said “right of free expression.” They condemned it. In fact, they continued condemning it until the rodeo fired the rodeo clown.

Those people who entertain should never be punished, penalized or threatened with their work because their creative juices deserve to get the freedom of expression.

That standard no longer holds today because liberals changed their standards to suit their circumstances.

Terrell tried to counter by saying that Davi and other conservatives in Hollywood should create their own infrastructure to make their own films and television shows. But Horace pointed out that there’s no virtue or successful business strategy in maintaining a blacklist or other side segregating the American people. He replied:

In a free society, people should be free to vote and believe how they want. And they shouldn’t be shunned or prevented from feeding their children because of it.

That used to be what liberals thought. They don’t anymore.

Horace’s comments were well-received. After the broadcast, the National Center received many complimentary tweets about the interview.

unalienableJoe tweeted that Horace was “brilliant”:

@horace_cooper following you since you were brilliant tonight on The Ingram Angle against ‘classic’ liberal Leo Terrell.

And Bill Sanford called it “awesome”: