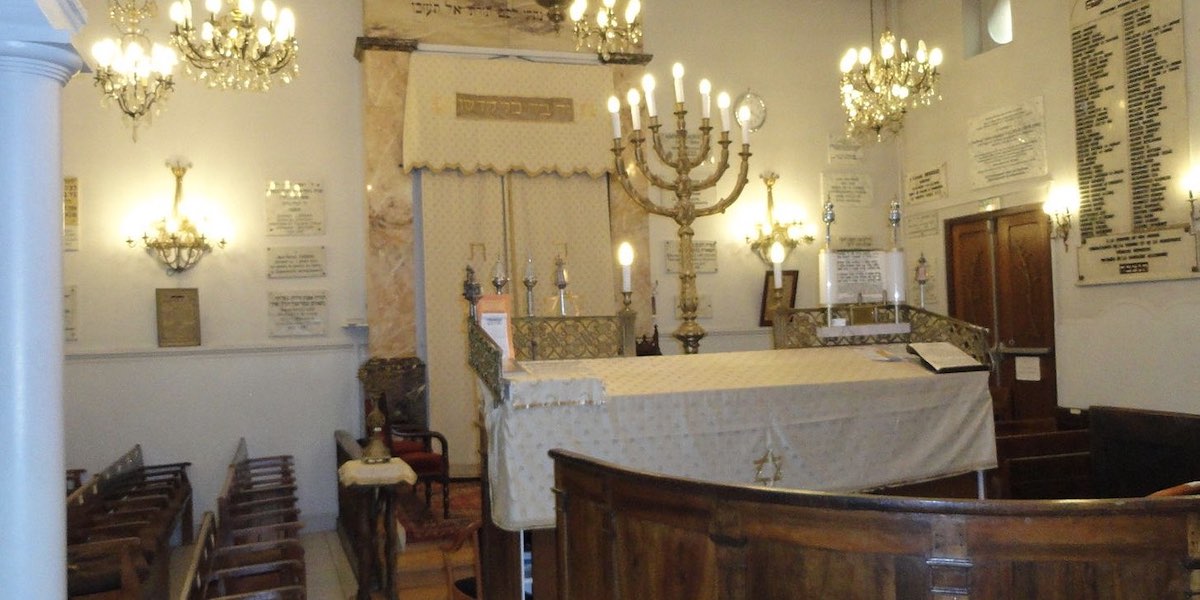 03 Oct 2019 Does the Rabbi Know When an Immigrant is a Stranger?

ConservativeBlog.org
Posted at 14:39h in Blog, Project 21 by David Almasi

Religious leaders preaching politics is nothing new, but it’s always best if that proselytizing is factual.

At this most important time in the Jewish religious year, Project 21 member Marie Fischer notes that one rabbi might not have made a clear point to his followers regarding immigration policy:

This week, I joined with millions of my fellow Jews in attending synagogue for Rosh Hashanah services. It’s one of the most religious days on the Jewish calendar. Rosh Hashanah, the Jewish new year, began a 10-day period of repentance and reflections. It ends with the holiest day, Yom Kippur – the Day of Atonement.

The content of this year’s Rosh Hashanah sermons has some of my friends talking. While rabbis at synagogues in the Conservative and Reform movements will insert modern issues into their sermons, many of them may not have been completely accurate in attempting to combine the old and the new.

One acquaintance described how the sermon at her synagogue became political grandstanding from the bimah – the raised platform in the synagogue where the Torah is read. She described how her rabbi chastised America in general and the Trump Administration in particular for the way he said immigrants are being treated.

Of course, most liberals – of which this rabbi was obviously one – never note a difference between immigrants who come to this country legally and through the proper channels and those who immediately break the law by sneaking into the country.

I am sure the rabbi spoke how “the stranger” is mentioned 36 times in the Torah (the first five books of the Bible) and detailed how we are supposed to act towards the stranger. I am sure the rabbi went on to say that we as Americans, and the Trump Administration, are going against G-d’s law. But are we?

In Hebrew, one word for stranger is “ger” (or “geiress”). That is the word used in the Torah 36 times to which many rabbis and other religious leaders are obviously referring. But there are stronger words for stranger in Hebrew. There is “zar,” which means alien, foreigner or outsider. There is also “nochri,” which means gentile, alien or foreigner.

Ger is also used to describe one who is converting to Judaism. I was once a ger. In fact, those who are less religious still refer to me as a ger. On the other hand, more religious circles state that once you are a Jew, your previous status no longer exists. It is as if you were always a Jew.

When I first started out on my road to conversion, I initially went to a Reform synagogue. The rabbi told me that when I was comfortable enough to pledge myself to the Jewish people, then I was ready to convert. At that point I had already spent over 15 years of my life immersed in Jewish culture and tradition. I could have pledged myself right then and there, but I knew I had more to learn. In my mind how could I be a Jew – let alone a good Jew – if I could not effectively speak or at least read Hebrew and know Jewish history?

Despite the sermonizing, I feel the ger/stranger mentioned 36 times in the Torah could be equated to immigrants – but only those who have come here legally.

Not only do immigrants defined in this way pledge themselves to this country, but they learn to read and speak our language, learn our history and accept the laws of our land as their own. Many go on to become citizens of the United States, and – like converts to Judaism – their previous status no longer matters since they are now Americans.

Like the many Jewish definitions of stranger, we cannot forget there are many types of immigrants trying to enter the United States these days. As people engage in public debate on the issue, particularly from places as important and influential as a bimah of a synagogue during the High Holidays, it’s important to understand and use the proper terms.