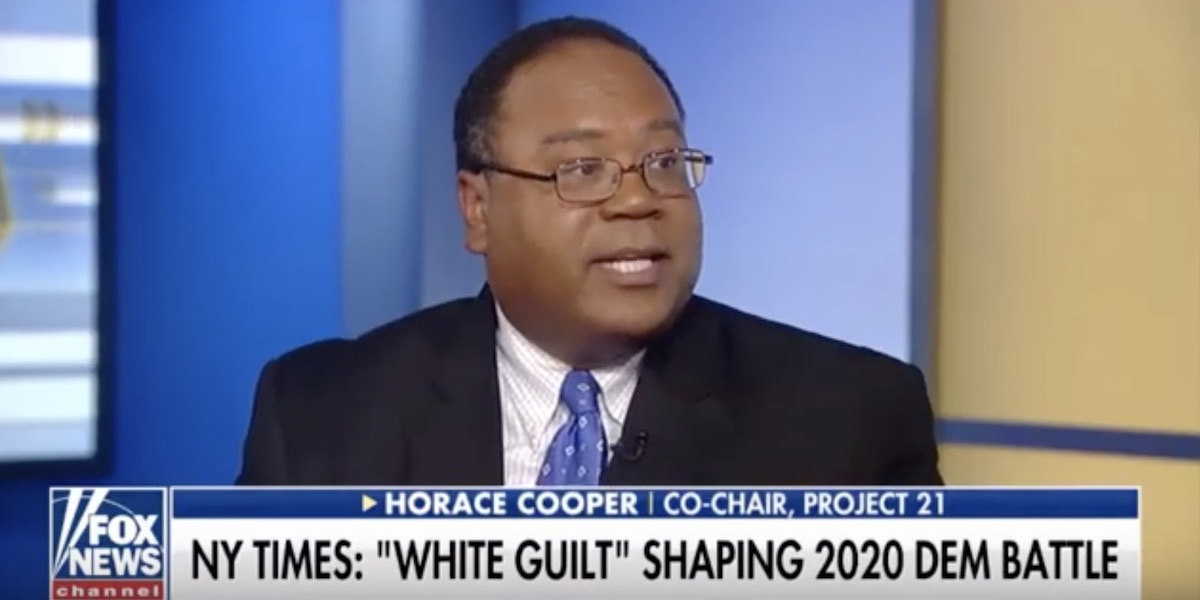 That’s what Project 21 Co-Chairman Horace Cooper concluded during a recent discussion on the Fox News Channel’s “The Ingraham Angle” program. Horace also noted that white guilt about race relations is fueling a political radicalism that could do great harm to our nation.

Horace and liberal commentator Leo Terrell joined host Laura Ingraham to address a New York Times report which found that white liberals – rather than blacks – are the ones who are embracing the radical racial tenants of the left and supporting those “who promise to upend society in the name of racial equity.”

If a paper as liberal as the New York Times appears apprehensive about this new “white guilt movement,” there should be no doubt about the threat! It’s so strong that even Terrell noted that people are willing to overlook the economic benefits created by the policies of the Trump Administration in order to embrace race-conscious leftism and demand upheaval.

Horace pointed out that white guilt overlooks the great progress American society has made over the past 60 years in order to promote policies that he fears would reintroduce old problems in politically correct packaging:

Here’s the problem: America has come together with a Civil Rights Act, a Voting Rights Act, with a Federal Housing Act. Trillions of dollars in assistance to black, white and brown. We even tried a failed experiment with affirmative action. We elected – twice – a black man to be president of the United States.

What can the American people do to demonstrate that they genuinely are concerned, they are and they really want to embrace Martin Luther King’s vision of a colorblind society?

These people are saying we need to throw all of that out the window and start over with a new neo-segregation.

Ingraham noted that, despite the Obama presidency and the hope of its dividend of racial healing, the Obama era ended with people feeling that race relations had worsened. Terrell based his defense of the white guilt trend on the Trump era – seemingly unable to address the premise of Ingraham’s question as to why things soured under Obama when so much was promised to the contrary.

In citing the source of the problem, Horace explained that those who are trying to control the debate and shape the agenda are radicals trying to carry on what Obama promised when he said as a candidate that his administration would be “fundamentally transforming the United States of America.”

Here’s the truth: White America, and the sliver – the sliver of extremists, who are white progressive radicals – they are not speaking for the country…

The agenda that’s being pushed is very dramatically radical.