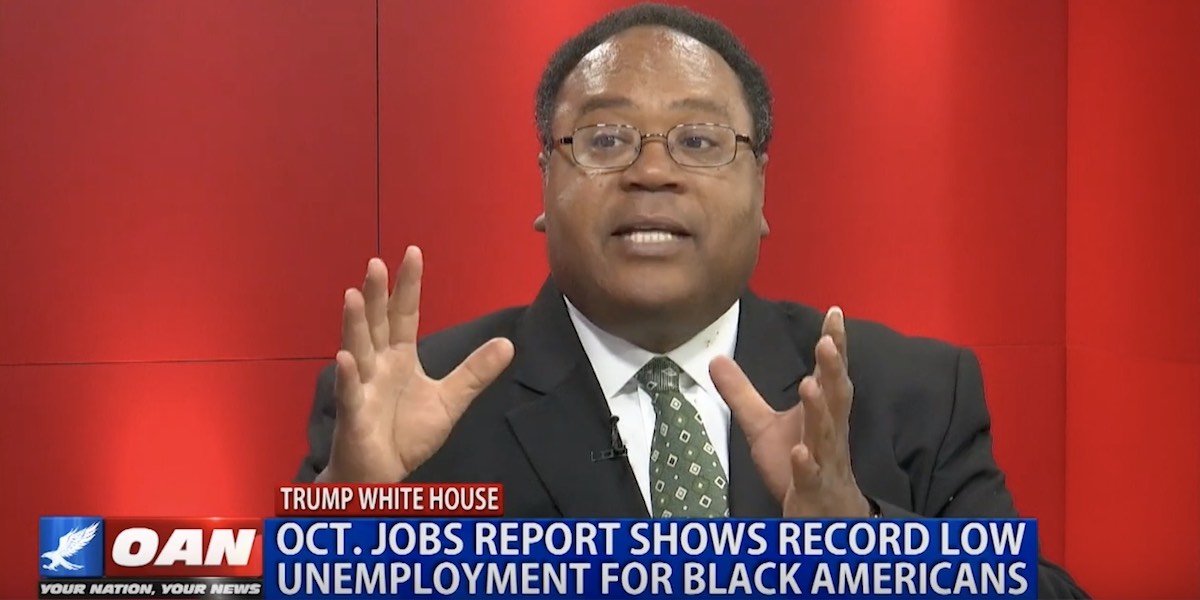 Despite the Left’s dire predictions, it turns out that the policies advocated by President Donald Trump are helping black Americans even more than they are helping white Americans.

Numbers don’t lie, and the latest employment numbers refute the claims that Trump polices are a burden on the economy and especially harmful to black America.

In an interview with the One America News network, Project 21 Co-Chairman Horace Cooper said that the latest jobs report – which included the lowest black unemployment rate ever recorded – could also start changing the political opinions of many black Americans. “You’re likely to see that the conservative policies, the free-market policies, the policies of limited government and low taxation are attractive” to black America, Horace told OAN correspondent Stefan Kleinhenz.

The October jobs report from the U.S. Bureau of Labor Statistics put black unemployment at 5.4 percent. As Project 21 noted in a press release following that announcement, this is the sixth time a record for low black unemployment has been reported during the Trump presidency. On OAN, Horace noted the significance of the current trend:

Typically, since the 80s, black unemployment is double the unemployment of white Americans. Under the Trump Administration, that barrier has been broken.

Gains such as this, Horace remarked, betray liberal predictions that things would be worse for black Americans under President Trump:

There’s a boost that’s happening in employment numbers for black Americans in the wake of media criticism, activist criticism claiming that this president is somehow hostile to the interests of black Americans.

To the contrary, there have been marked improvements for black Americans and other minorities over the last three years. Horace noted:

What we’re seeing now, and what [Obama’s] advisors, what his economists and what people at the New York Times were saying – [that] if Donald Trump is elected, we’re gonna be in the middle of a recession and it’s gonna be terrible for everyone – it turns out it’s not. It’s improved. It’s gotten better.

And the economy, in just three years, is growing at an average rate faster than the eight years of the Obama Administration.