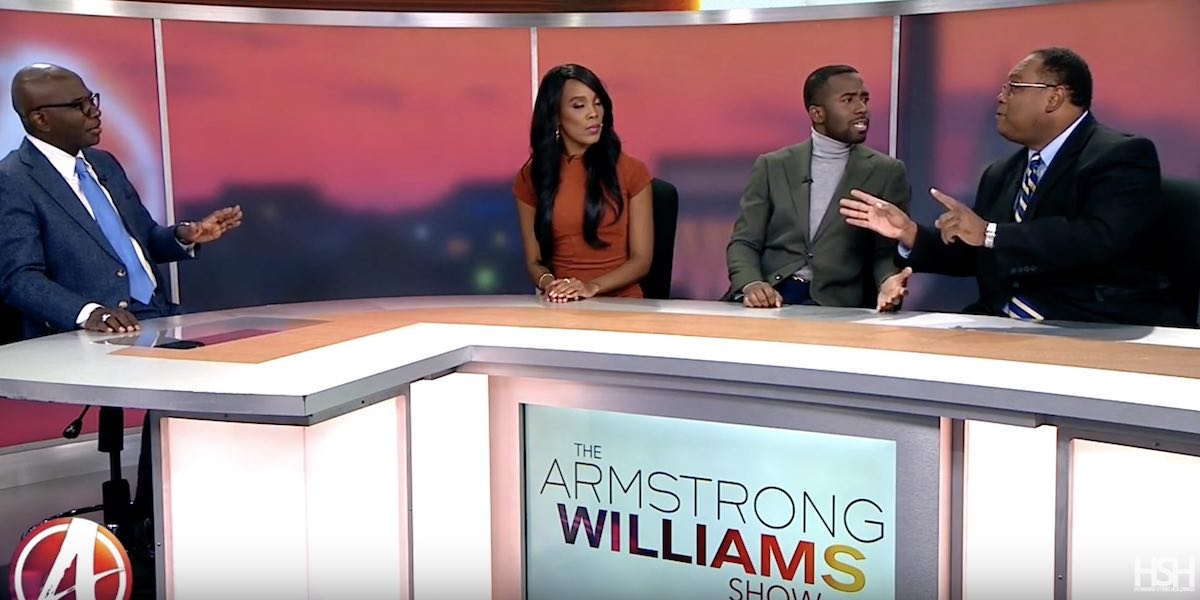 While the media and lawmakers have been spending too much “wasted time” on Russia, Project 21 Co-Chairman Horace Cooper argues that America has paid too little attention to the threat posed by China.

On a recent edition of the nationally-syndicated “Armstrong Williams Show,” Horace and the panel were asked to comment on an interview in which Federal Communications Commission Chairman Ajit Pai suggested that the NBA’s recent capitulation to China indicated that the Chinese might also be able to “export their censorship, their anti-Democratic values and ultimately their control” if they leverage their economic, technological and military might against the United States.

Horace, with no protest from the panel, noted:

Our international threat comes from China. And, if we want to have a business partnership, it needs to be redefined – this relationship. It need to be redefined. And – presently – it is a one-way street in which one person is enriched and the other party is not.

To counter this threat, Horace advised that there needs to be a sea-change in the way America as a nation perceives and deals with the Chinese threat. He said:

We haven’t seen any pushback whatsoever. What we’ve seen is a red carpet…

It’s time that the American people and our government and our business community come together and recognize there are serious threats that go beyond a short-term penny gain today.

When the conversation turned to Syria, Horace said he is “not bothered” by President Donald Trump’s decision to pull American forces out of there.

Noting that the United States does not have to be the world’s sole policeman, nor does it need to be involved in every conflict, Horace remarked about the Syria situation:

We’ve had a conversation since 2001 about how we operate as the police force of the world. And we have gotten very little positive response. People don’t pay their NATO dues. People won’t send their support in terms of military equipment and in terms of soldiers.

If Syria is the problem that they say it is, I’m curious why there was so little blowback when our former president drew a red line and allowed it to be trampled over. Very little blowback over that.

But where is the French army? Where is the United Kingdom – who objected specifically, called directly to the White House about the Syria decision? Where are their manpower and equipment?

The chocolate makers of Europe apparently do what they do best. They sit back and expect us to do it. If it’s that important, then let’s see some of their commitment.

When it was suggested that the United States still needs to be heavily involved in international affairs – both militarily and supportive like during the Marshall Plan era – Horace noted that true allies such as Israel and Australia understand and appreciate us. They do not need constant reassurance or shows of allegiance.

Reiterating that the United States does not need to “own” and be involved across the globe, Horace reminded the panel:

It’s just not the case that every foreign policy conflict that appears on the plant – we’re supposed to own.