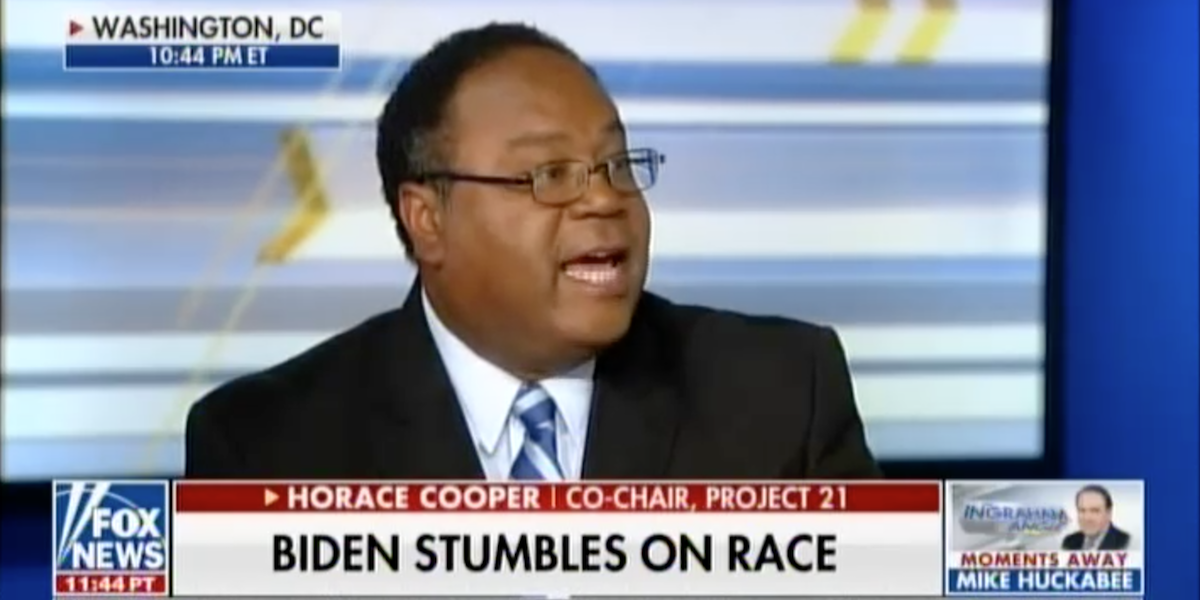 On the left, the intersectional pecking order is marginalizing the black community.

In a panel discussion on the Fox News Channel program “The Ingraham Angle,” Project 21 Co-Chairman Horace Cooper said the leftist establishment has chosen to embrace the “new idea” of LGBTQ activism over the concerns of black Americans. As a result, he remarked:

Blacks – you just get to the back of the political bus.

Could this lead to a political realignment? After all, blacks have been doing quite well under the regulatory and economic policies of the Trump Administration.

Horace, the author of the upcoming book How Trump is Making Black America Great Again: The Untold Story of Black Advancement in the Era of Trump, remarked that factors such as lower black unemployment and higher black incomes are becoming more noticeable:

There are a lot of Americans who happen to be black who are going to look around and say – hey, there’s more money in my checking account… $5,000, on average.

As the holiday season begins, this newfound prosperity and opportunity will be more evident. These advances, along with the left’s increasing disinterest in the black community outside of a tool to provoke racial strife, will undoubtedly begin to have an impact on the political landscape. Horace noted:

The point about it is this… The other side should be trying to come up with a good record, but instead they’re stuck on identity politics.