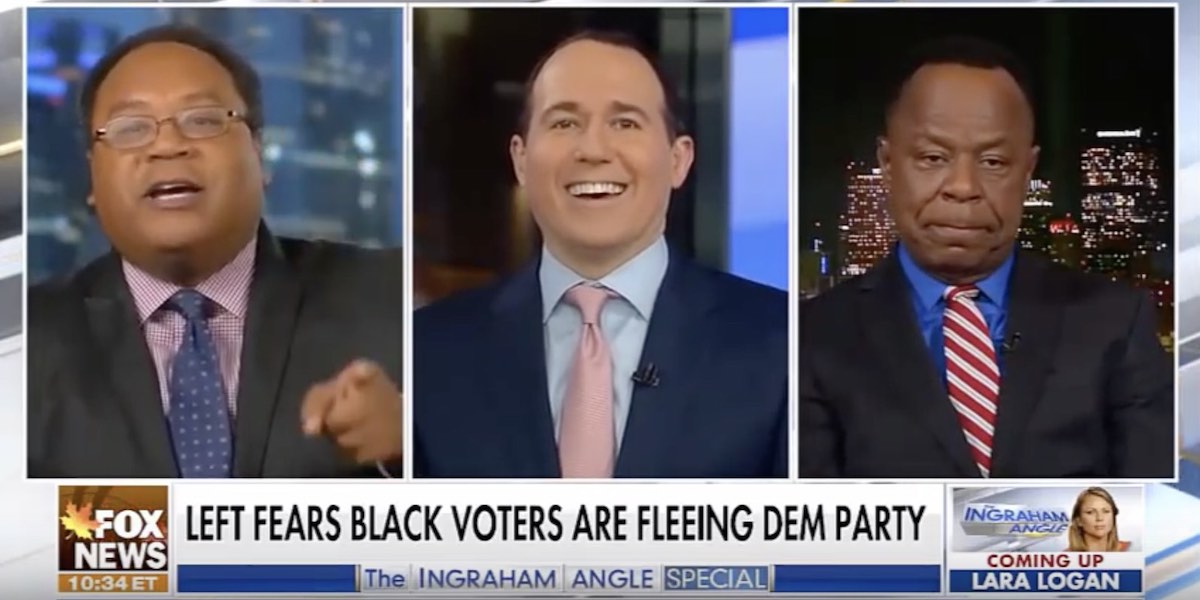 A new survey by Emerson Polling reports that 34.5 percent of black voters approve of Donald Trump’s performance as president. Project 21 Co-Chairman Horace Cooper said it is because black America is “interested in opportunity” and that “a real winning agenda… includ[es] jobs.”

President Trump has presided over unprecedented job growth in the black community. According to the last federal jobs report, black unemployment hit a record low of 5.4 percent. A Project 21 analysis of federal data found this to be the sixth such record low during the Trump Administration.

Yet liberals are downplaying this success for obvious political reasons. For example, radio host Charlamagne tha God said the current economic progress is “not worth it,” suggesting that the President is causing greater harm to civil rights – particularly in the black community.

During a panel discussion on the Fox News Channel’s “The Ingraham Angle,” Horace said:

I laughed when I heard that people really think – if given a choice to be prosperous, to be successful or even rich – they would say “no, no, I want to make sure that there are laws on the books so that a landlord can’t say to a tenant that you’re a she when you think they’re a he.”

That’s supposed to be the priority for black America or any other group in America over success and prosperity? Get real!

Yet fellow panelist Leo Terrell doubled-down on the negative notion on progress. Downplaying the power of prosperity in creating equality, Terrell remarked: “I’d rather have dignity and equality instead of being a second-class citizen.”

Let me give you dignity.

Dignity is when your income starts to advance, and, in fact, advances faster than any racial group in America. That’s what happened in the last three years.

When your employment rate exceeds the expansion rate – exceeds that – of every group. In fact, the March on Washington that Martin Luther King spoke at, and the real purpose was jobs, jobs, jobs, jobs.

Horace was also asked to respond to singer Jennifer Lopez’s comment that it is “super important” for civil rights that Hispanic women such as she and fellow singer Shakira are performing the Super Bowl halftime show during the Trump presidency. Horace pointed out that this fixation on race is likely to lead to a backlash:

This identity politics is actually hurting the left and progressives. And her actions just fulfill that.

More and more Americans are saying, we’re just people.  We want to watch football. We want to enjoy Thanksgiving. Don’t divide us into these subsets.