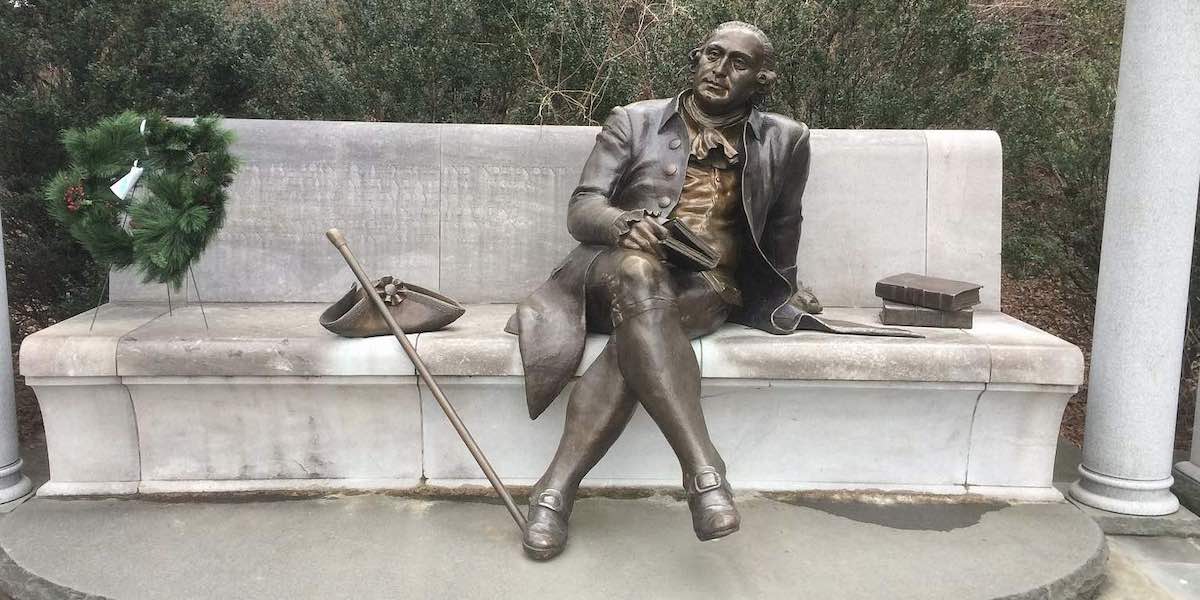 ConservativeBlog.org
Posted at 13:19h in Blog, Project 21 by David Almasi

Dissing Thomas Jefferson for owning slaves is “the right thing to do.” A statue of George Washington is a “slap in the face” to black Americans and should be torn down because he also owned slaves.

Comments such as these represent the sort of fanaticism that President Donald Trump spoke out against in 2017 – the destruction of the Founding Fathers’ legitimacy because some of them were slaveowners. He was derided for his comments.

But Speaker Nancy Pelosi, who sought to remove statues of Confederate figures in the U.S. Capitol as minority leader (yet has done nothing after becoming Speaker), has decided it’s alright to rehabilitate some slaveowners when it fits her agenda.

In her announcement of the intention to have articles of impeachment drafted against President Trump, Pelosi cited George Mason’s comments against political corruption. Yet Mason owned slaves. Ditto for James Madison, whom she also cited.

In her impeachment remarks, Speaker Pelosi mentioned the Founding Fathers several times – and George Mason, in particular. If her staff would have done their research, they would have learned that George Mason was a slaveholder.

It’s funny how old, dead white slaveholders are again relevant to liberals when it suits their purposes.

On the impeachment drive, Christopher adds:

This is a sad day in America, but not for the reasons Speaker Pelosi cited. It’s sad because naked partisanship is being employed to remove the duly elected president of the United States.