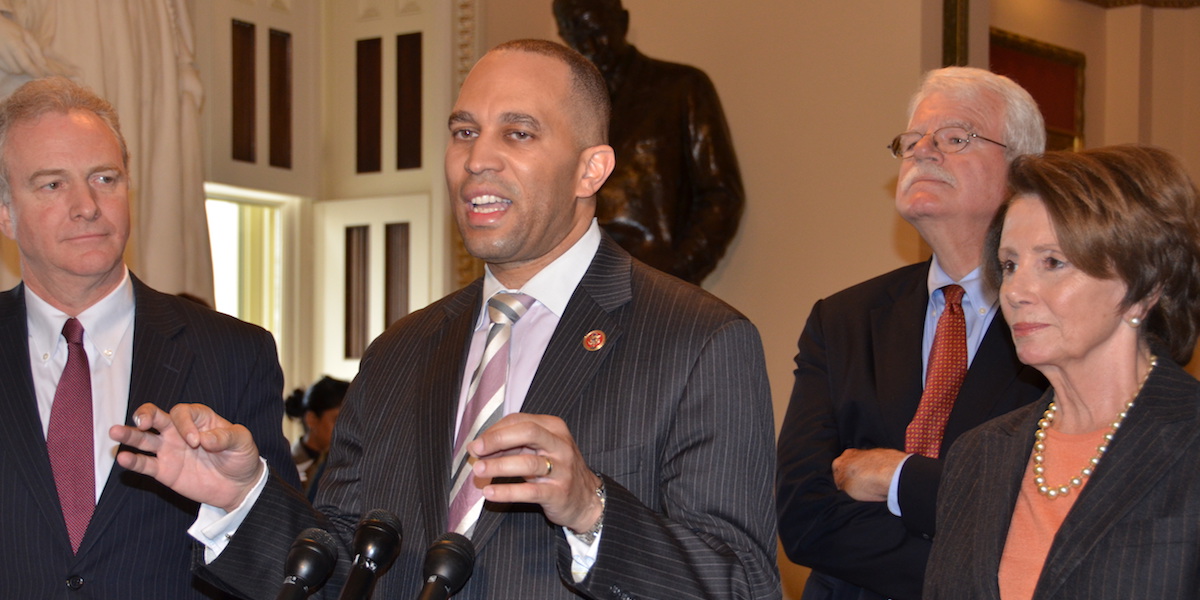 Washington, D.C. – Pushing back on lawmakers who compare impeachment proceedings to the Civil Rights Movement and the fight against Jim Crow discrimination, members of the Project 21 black leadership network are calling liberals’ rhetorical tactics – particularly ones by U.S. Representative Hakeem Jeffries – both incorrect and hypocritical.

“This has to be – without question – one of the most incorrect comparisons I have ever heard,” said Project 21 member Martin Baker. “How dare Representative Jeffries weaponize the collective struggles of suffragettes and the Civil Rights Movement by comparing them to an impeachment that is partisan political vengeance. To say it is disrespectful would be an understatement. To compare those two situations is, at the least, inherently wrong and does nothing to address the current situation. Using the Civil Rights Movement as the basis for a soundbite to whip the troops into frenzy will backfire.”

During the debate on the floor of the U.S. House of Representatives preceding Wednesday’s impeachment vote against President Donald Trump, Representative Jeffries claimed that impeachment would not further divide the American people because “there is a difference between division and clarification.” He asserted: “Suffrage once divided the nation, but women rose up to clarify that all voices must be heard in our democracy. Jim Crow once divided the nation, but civil rights champions rose up to clarify that all are entitled to equal protection under the law.”

Calling concerns about division “cynical,” Representative Jeffries added, “we will clarify that no one is above the law.”

Project 21 member Christopher Arps sternly rebuked these comments, pointing out that the manner in which the impeachment proceedings were conducted called into question the legal motives and underpinnings of the process. He said: “In these historic impeachment proceedings, we’ve seen Jim Crow era tactics like anonymous witnesses and the gathering of suspect evidence used against President Trump. That’s why I find it so ironic to hear African American Congressman Hakeem Jeffries mention slavery and Jim Crow in his impeachment remarks. Jeffries‘s quote clearly demonstrates there is not a shortage of hypocrisy or extreme partisanship at play in our nation’s capital.”

The votes to impeach President Trump were exclusively partisan – 230-197 and 229-198. Earlier in the proceedings, U.S. Representative Al Green suggested impeachment was necessary “to deal with slavery.” U.S. Representative John Lewis, who was a member of the Civil Rights Movement, called the impeachment votes “a mission and a mandate to be on the right side of history.”

“After last night’s partisan vote, impeachment is now just a political tool. This is not what the Founders intended,” said Project 21 Co-Chairman Stacy Washington. “What have the liberals accomplished? Yes, they have impeached the President of the United States. But without control of the Senate – and lacking any evidence of an actual high crime or misdemeanor – not only does President Trump remain in office, but polls show Americans are actually rallying to his side. It’s an epic partisan fail.”