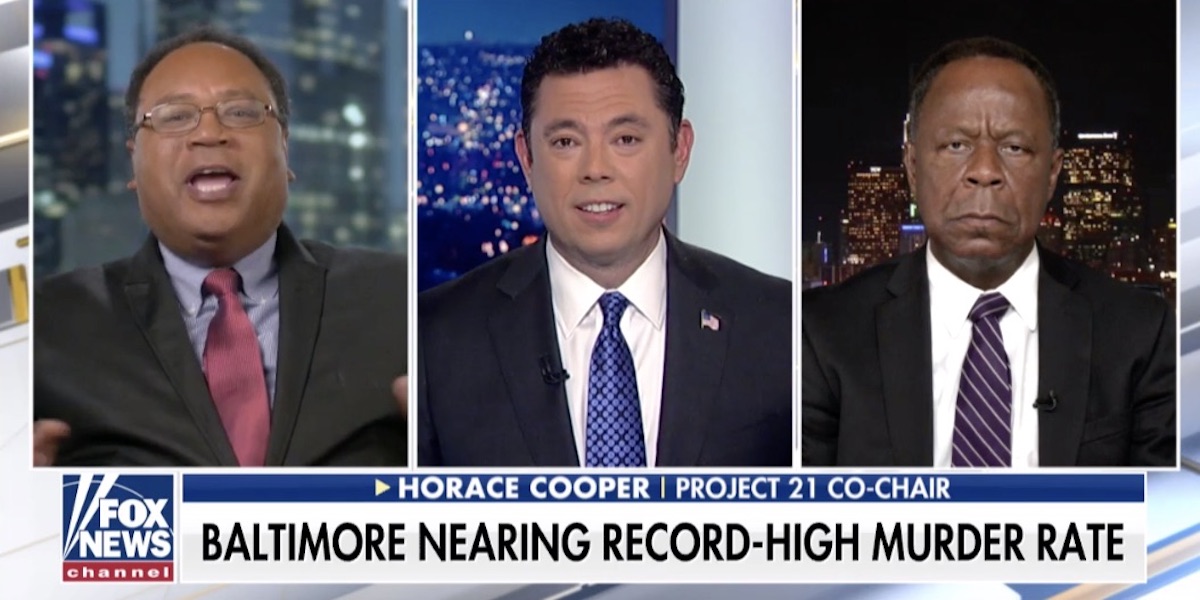 Baltimore is on track for over 350 homicides committed in the city during 2019. It has already broken a record for per capita murders with 57 per 100,000 residents. To put the severity of the murder problem affecting Charm City, the per capita rate for New York City is below four.

In response to questions about who should take responsibility for the city’s appallingly high murder rate, Baltimore Mayor Jack Young has said there is “not any lack of leadership on my part.” After all, he surmised, “I’m not committing the murders… So how can you fault [my] leadership?”

After President Donald Trump criticized the crime and quality of life issues plaguing Baltimore earlier this year, and city leaders protested, the National Center’s Project 21 black leadership network responded by sending copies of its “Blueprint for a Better Deal for Black America” to Mayor Young, every member of the city council and now-deceased Congressman Elijah Cummings. Despite our attempts to follow up, the leaders of Baltimore have showed no interest in engaging with black conservatives about issues that include criminal justice reform and improving community-police relations.

So while Young claims the problems plaguing black communities are not reflective of his leadership, this obvious lack of interest in new ideas for dealing with these problems does point to a lack of real leadership by Young and his colleagues.

As Baltimore comes to grips with its grim murder record, Project 21 Co-Chairman Horace Cooper appeared on the Fox News Channel program “The Ingraham Angle” to debate the issue with attorney Leo Terrell.

Terrell tried to push the blame from Young onto President Trump, constantly asking guest host Jason Chaffetz to play old clips of the President – as a candidate – asking black Americans to give him a chance. Terrell asked about the President: “What has he done?” and demanded more help from Washington to fight crime.

Horace explained that the problems in Baltimore spring from the longterm liberal stewardship of the city’s leaders:

Their policies aren’t working. The population of Baltimore is in decline. And if you look at it from a per capita basis, they’ve actually broken the record for the highest number of murders.

He never said “I’m gonna end all crime in America”… You are rewriting history.

Addressing the federal approach to dealing with crime in America’s major metropolitan areas, Horace mentioned that there is a new anti-crime initiative that was announced by the Trump Administration just days ago. This plan will give cities more resources and federal manpower to deal with murders and other criminal activity. Horace noted:

Yet Terrell, who had just said he wanted more federal resources, then complained that Attorney General William Barr had asked for what Terrell felt was undue support for the police, saying that “We have to keep our eye on police.”

To that, Horace angrily responded: “Do you know why there are 350 deaths in Baltimore? It’s not the police!”

You can’t have it both ways, Leo!