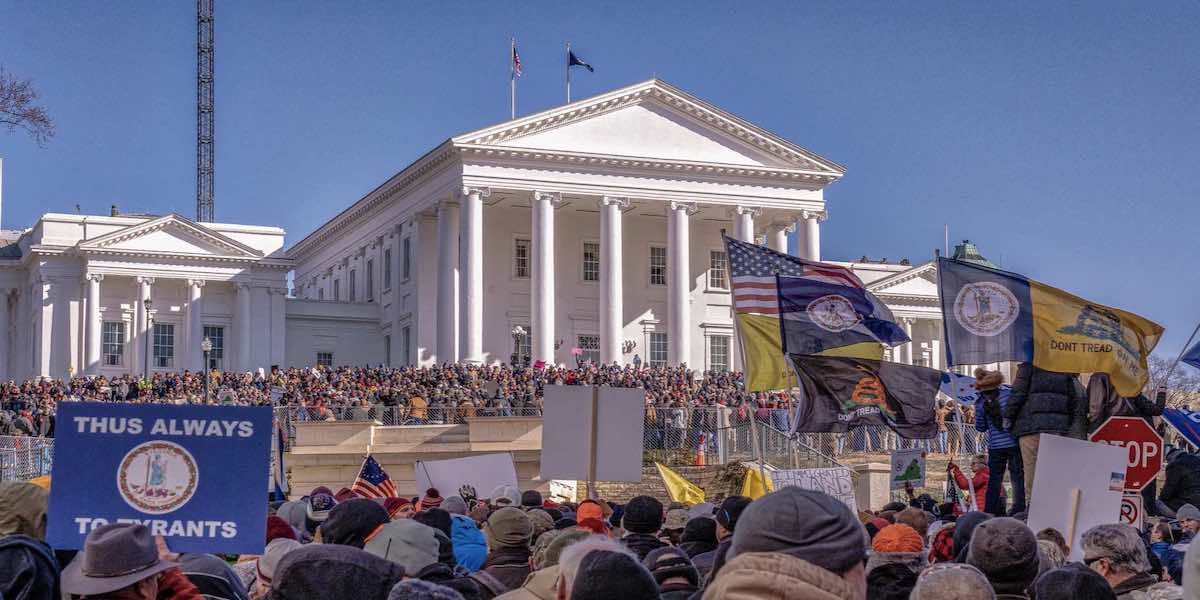 When tens of thousands of people showed up in Richmond to speak out against proposed state government restrictions on their Second Amendment rights, it was “a strong lesson that the liberal establishment and its mainstream media allies are selling us lies,” writes Project 21 member Emery McClendon.

In a commentary published in the Ft. Wayne Journal Gazette, Emery also proclaims that the turnout is evidence that a “new Tea Party is brewing!”

In Virginia, the new liberal majority in the statehouse and executive branch have been pushing a radical anti-gun agenda. Backlash to this threat to liberty brought out a larger-than-usual crowd on Monday, January 20 for what had been a regularly scheduled, annual gun rights lobby day. In anticipation of the crowds, those same liberal lawmakers and the media pushed the narrative that the crowd would likely be violent and promote a hateful agenda especially harmful to minorities.

In reality, the crowds were well-behaved, and those allegedly at-risk minorities were welcomed. As Emery notes:

What happened? Over 20,000 people voiced their support for the right to keep and bear arms. Many brought firearms, and yet no one was shot. There was no violence. The one arrest was for wearing a mask.

At the end of the rally, those who were supposed to have trashed the city actually cleaned up Richmond on their way out of town.

An alleged alt-right was diverse in gender, race and sexuality. It was enough to make Northam’s face turn red!

Comparing the results in Richmond to the recent extremism on the part of left-wing activists, Emery adds that “[i]t’s a stunning contrast to the violent antifa riots in places such as Portland, Oregon and Seattle.”

Responding to apparent attempts of liberals and the media to smear Second Amendment supporters, Emery writes that the real message conservatives wanted heard that day went largely overlooked by those who need to understand it the most.

Like the groundswell movements that rose up against the left-wing adventurism of the Clinton and Obama presidencies – which led to increased activism and wave elections – these state-level shenanigans against freedom are rejuvenating activism among conservative and moderate Americans. Emery remarks:

The tide of liberty is rising, and time will tell if liberals get the message. It’s something they ignore at their peril.

“By and large, Americans are fed up with the progressive socialist agenda,” Emery surmises. “They are displaying their feelings by attending these kinds of rallies.”

To read all of Emery’s commentary – “The Tide of Liberty” – at the website of the Ft. Wayne Journal Gazette, click here.