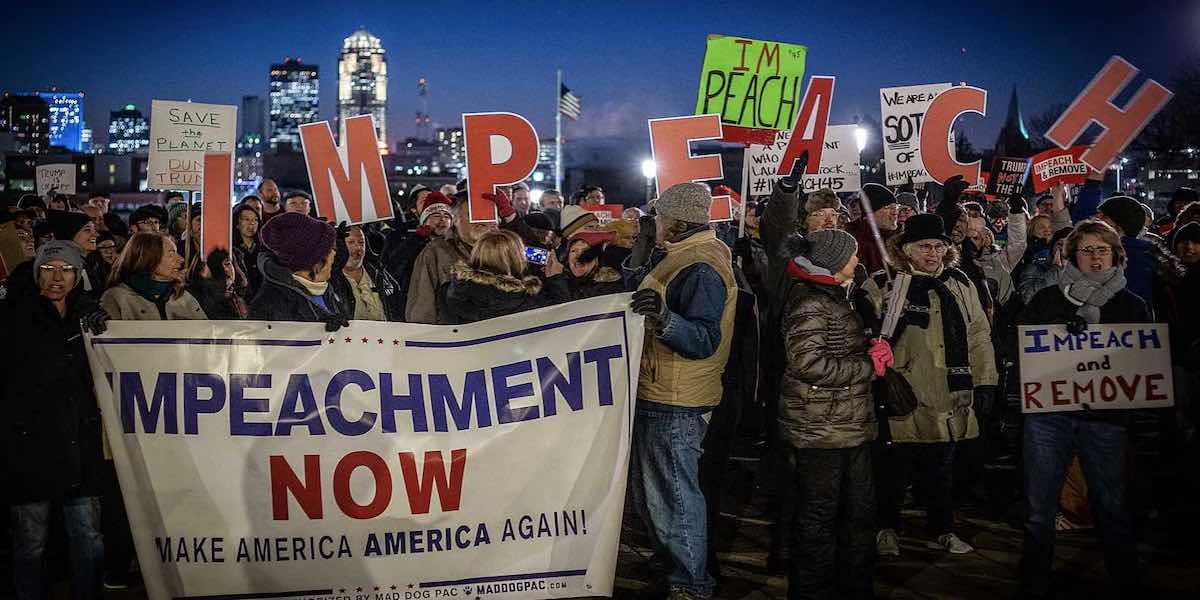 So impeachment is finally over. Now what?

In a commentary distributed by InsideSources, Project 21 member Emery McClendon writes that there seems to be “a perpetual campaign of personal destruction” on the part of President Donald Trump’s critics. But those who clapped after the U.S. House of Representatives vote to impeach and gleefully pocketed the custom pens used to send the articles of impeachment to the U.S. Senate may have actually hurt their collective political prospects the most.

Those who continue this effort do so at their political peril. It appears the American people have had enough.

For one thing, the president was observed by the American people over the course of his administration working on the affairs of state. His congressional rivals, on the other hand, set an agenda concentrated almost solely on ending the Trump Administration prematurely by slathering it in scandal. Emery notes:

Early on, his adversaries placed the goal of removing the president from the Oval Office on the front burner. While he sought to deal with policy issues such as job creation, trade, sensible regulation and criminal justice reform, he was always treated as the enemy by Speaker Nancy Pelosi and her colleagues. There was no honeymoon for Trump.

After a politicized investigation, impeachment process and a partisan vote to both impeach and (in the end) acquit, there is now the issue of the mess that’s been left behind. The long-term plan for how America is going to heal from the wounds that the impeachment inflicted remain unanswered:

Now, as an American people, we are faced with a new challenge. How will this impeachment affect the national conversation? After creating a constitutional crisis, how do liberals expect us to pick up the pieces and get back to our normal lives again? Has this partisan exercise ignited a “cold civil war” in America?

There do seem to be some immediate negative political consequences, but they aren’t for those whom the President’s critics expected. It’s them! Emery notes that, in the days before the failed vote to convict President Trump, “it’s interesting to see that the president’s approval rating is actually at a personal best in Gallup polling.”

Those instigating a perpetual campaign of personal destruction against Trump are risking a firestorm that may burn them the most. They seem to fail to recognize that the American people will soon have their own say regarding the president’s political fate, and liberal witch-hunting may be helping the president more than hurting him.

Click on the links to read all of Emery’s commentary – “Liberal Witch Hunt Can’t Burn the President” – in newspapers including the Seattle Times, Bozeman Daily Chronicle and Bryan Eagle.

InsideSources commentaries are syndicated to almost 300 newspapers nationwide with a readership of over 25 million people.