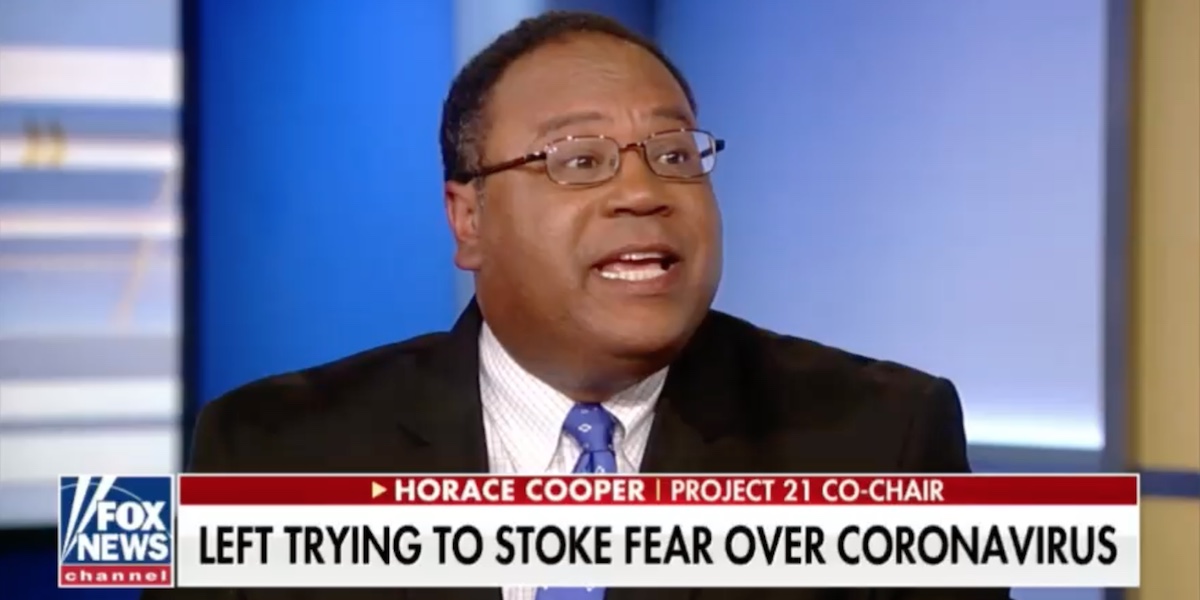 Noting that the media is suddenly obsessing about the health of President Donald Trump – suggesting he should curtail political events such as rallies in an abundance of caution – Fox News Channel host Laura Ingraham asked: “Why not the same focus” for liberal politicos and their own outreach efforts?

In a panel discussion on “The Ingraham Angle,” Project 21 Co-Chairman Horace Cooper agreed with Ingraham that the media appears to be helping stir up a controversy and impose restrictions on just one side of the political aisle. He said:

If the media were really interested in covering what’s going on in America, they would present that information.

This is just a small part of the unsettling manner in which some on the left are seemingly willing to use the coronavirus for political expediency. Former Obama Administration Chief of Staff Rahm Emanuel once said “you never want a serious crisis to go to waste,” and his comrades now seem excited about using the crisis to try to destroy the president’s reputation and derail his agenda.

As an example, there is former CIA Director John Brennan. He boldly suggested President Trump is not operating in the best interests of the American people in his handling of the outbreak. In a Fox News Channel interview, Brennan asserted that the president could not “subordinate his own interests” during the coronavirus crisis – saying he is not “psychologically capable to put the country’s well-being first.”

This president has sweated blood, toil and dollars as a way of showing his interest and love and devotion to this country. He has done a really good job at it, and we ought to appreciate that.

And, for those who are blatantly seeking to politicize the coronavirus to the extent that they seem to be rooting for bad news, Horace agreed with fellow panelist Allie Beth Stuckey when she said those seeking to further the crisis to hurt others need to “check their heart.”