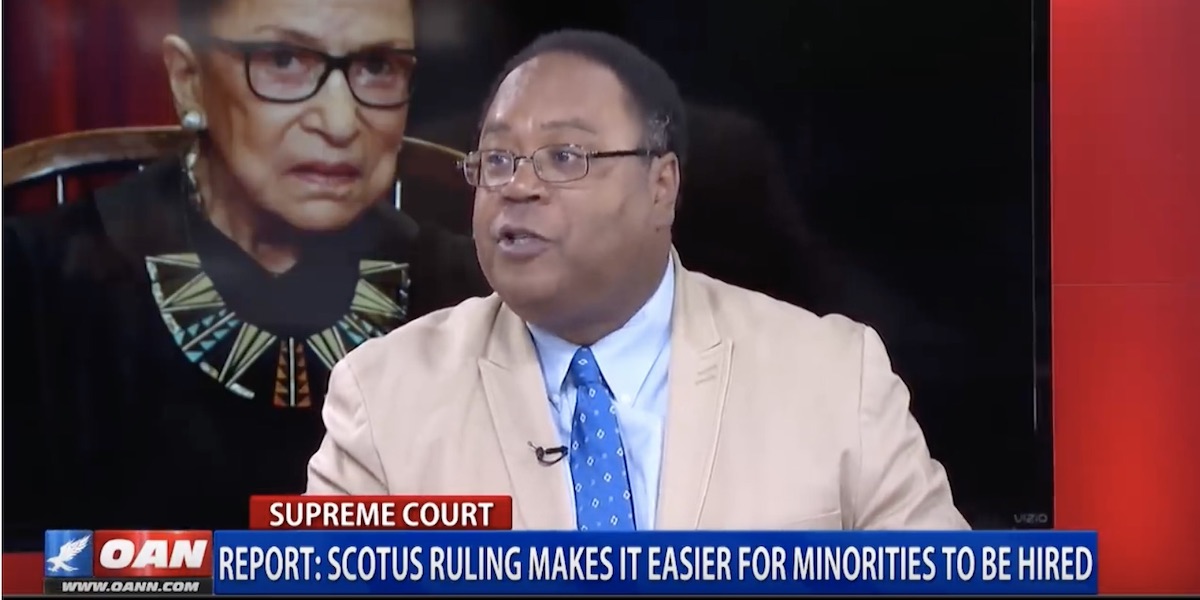 One America News correspondent Stefan Kleinhenz recently reported that “a monumental Supreme Court ruling seemingly got left out of major headlines amid ongoing coverage of the coronavirus.” He turned to Project 21 Co-Chairman Horace Cooper to find out more about how this surprisingly unanimous decision involving race and contracts frees up businesses and the courts so there can be better focus on real cases of discrimination.

In the OAN report, Horace said Allen’s case – if he had won – could have brought chaos to the business world, making race an even bigger and more contentious factor:

That would end up being a magic license for anybody, for any reason, anytime they’re not happy with a contract coming out how they want, the way they want to bring a person into court if they’re black or if they’re a woman or if they’re some other kind of protected category.

But in a unanimous decision, the Supreme Court justices ruled that plaintiffs must prove race was the determining factor for a lost contract. Writing for the entire Court, Justice Neil Gorsuch explained: “Under this standard, a plaintiff must demonstrate that, but for the defendant’s unlawful conduct, its alleged injury would not have occurred.” The decision sends the case back to the 9th Circuit Court of Appeals for rehearing with this standard in use.

Commenting on the importance of the unanimity of the usually divisive Court, Horace remarked:

She’s the most liberal member of the Supreme Court, but she understood that America can’t operate if it’s okay to say every single time that a minority enters into a contract, and if the minority doesn’t get their way in the contract, they can just turn around and sue.

While the dispute between Allen and Comcast will continue back in the lower court, Horace said this decision is going to make it more likely for some employers to want to hire workers in protected categories in the overall workforce now that they know they have some protection from the worst-case repercussions:

The name of the case was Comcast v. National Association of African America-Owned Media. Project 21’s press release on the ruling is available here.

Mail-in Voting Is NOT the Solution, by Christopher Arps

The Coronavirus pandemic has completely upended the 2020 election cycle in a myriad of ways. The novel virus and social …
Read More

Besides the threat to the economy and civil liberties domestically, the COVID-19 pandemic’s worldwide implications should also have the United …
Read More

Asked “what do we have to do differently” regarding China policy, Project 21 Co-Chairman Horace Cooper told former Trump Administration …
Read More