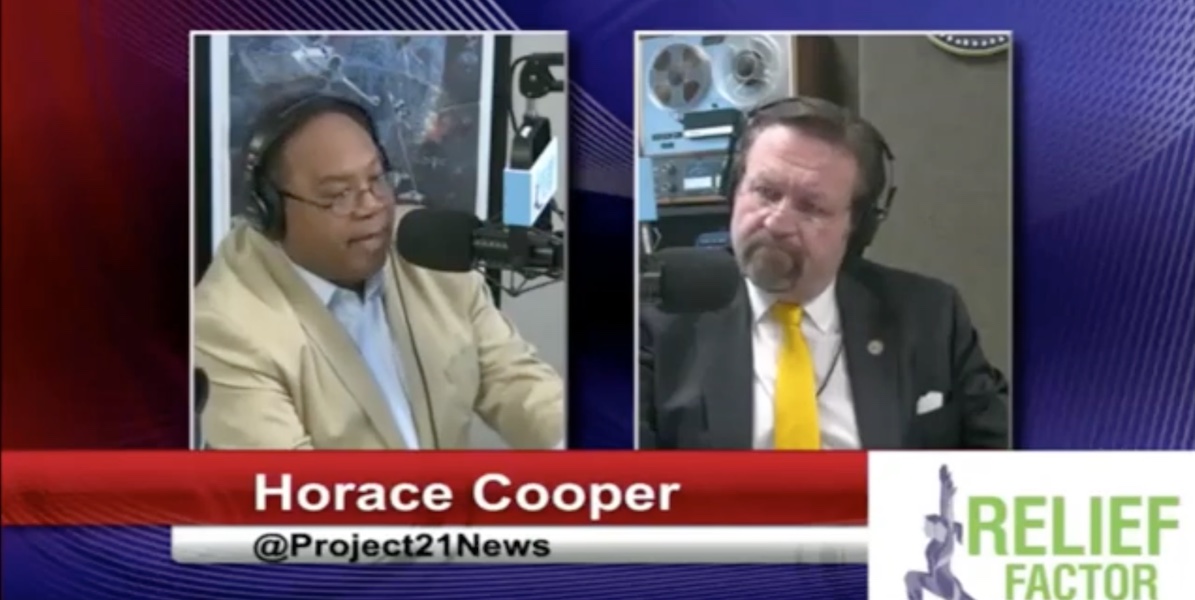 Horace’s latest appearance came as a direct result of his last appearance, when he told Gorka during show prep that he was “thriving” during the coronavirus crisis.

He attributed his upbeat demeanor to his grandmother, and that’s why Gorka brought Horace back – to explain that to his listeners. But the conversation went far beyond just Horace’s grandmother – with Horace discussing how America really needs his grandmother’s spirit right now. He said that leftists are working hard to impose their agenda at the expense of the American exceptionalism she preached and personified.

In remembering his upbringing in Texas and his visits with his grandmother, Horace noted:

The only sadness that I have is that the value structure I witnessed – that she demonstrated, was pervasive around everyone, and no one was allowed to contradict her – is no longer the dominant mindset that exists.

In explaining how his grandmother instilled exceptionalism in him and the rest of her family, Horace said that she “looked at the circumstances” and made the best of any adversity that lay in her path. That resourcefulness and a spirit of entrepreneurship allowed the family business to thrive in an era of open racial discrimination. In that era, the family survived and thrived, and that family with nine children never saw a time when they were wanting for necessities such as food on the table.

Horace told Gorka that “[m]y grandmother understood that if you applied yourself, if you make the effort, there’s nothing that can hold you back.”

Explaining how she operated and how it applied to the nation as a whole, Horace said:

My grandmother could have looked at the circumstances and simply said: “I give up. There is no chance. There is no opportunity.” But she instead understood a truth that I think is a truth that is part of what America is.

When we demanded our independence, we did so against the greatest, most powerful nation on the planet. All the signs of what was possible would have said, “Don’t do this; yield; step back; accept it.” We are a country made up of people who say the exceptional is who we are.

Horace described how his grandmother’s “up before the rooster” lifestyle and shrewd sense about things helped him throughout his life:

In lamenting how her spirit is less prevalent these days, Horace noted how letting exceptionalism and tenacity fall by the wayside has created an environment where the leftist agenda can gain a foothold. “Right now, in the middle of this pandemic, we are experiencing ideas and concepts as situational – many of which have been pushed to us for some time and we’ve rejected it,” he warned.

In pointing out how people can be tempted by the leftist agenda – such as the false promise of things like a “universal basic income” – Horace remarked:

Americans today are really, really worried. And when someone offers a solution that’s really just repackaged leftism, they may accept it.

We tried that, and – largely – black America was impacted by it. And it has done so very, very much in an adverse way.

Horace said his upcoming book, How Trump is Making Black America Great Again, covers topics such as how the Great Society policies and expectations led to a reversal in black employment, wealth, family and incarceration. Black leaders, who would be expected to be up in arms over such changes, play along because they “benefit from the expansion of the system,” Horace said.

And, in current American society, without regard to race, Horace noted the emphasis has negatively “shifted [away] from the importance of individuals being able to take responsibility.”

In explaining how this applies to the coronavirus crisis – posing a clear and present danger to American exceptionalism – Horace explained:

No one justifies the government mistreating people. No one justifies depriving people of their rights merely on the basis of their race. But no one should also justify untested techniques to ameliorate that problem when everywhere they’ve been tried – even on a small scale – they have failed.

Now that we know – trillions of dollars later, decades later – this doesn’t work, guess what? The second a crisis appears, immediately the same solutions occur.

Now, it isn’t just blacks. Every single group that is called vulnerable – when they got caught up into this, they end up being stymied by the very same consequences.

Forget the Fourth? No way! Scotty Smart, who doesn’t think Americans should honor the nation’s birth but must instead “hold …
Read More

Members of the National Center’s Project 21 black leadership network have observed Juneteeth for over 20 years. In a panel …
Read More