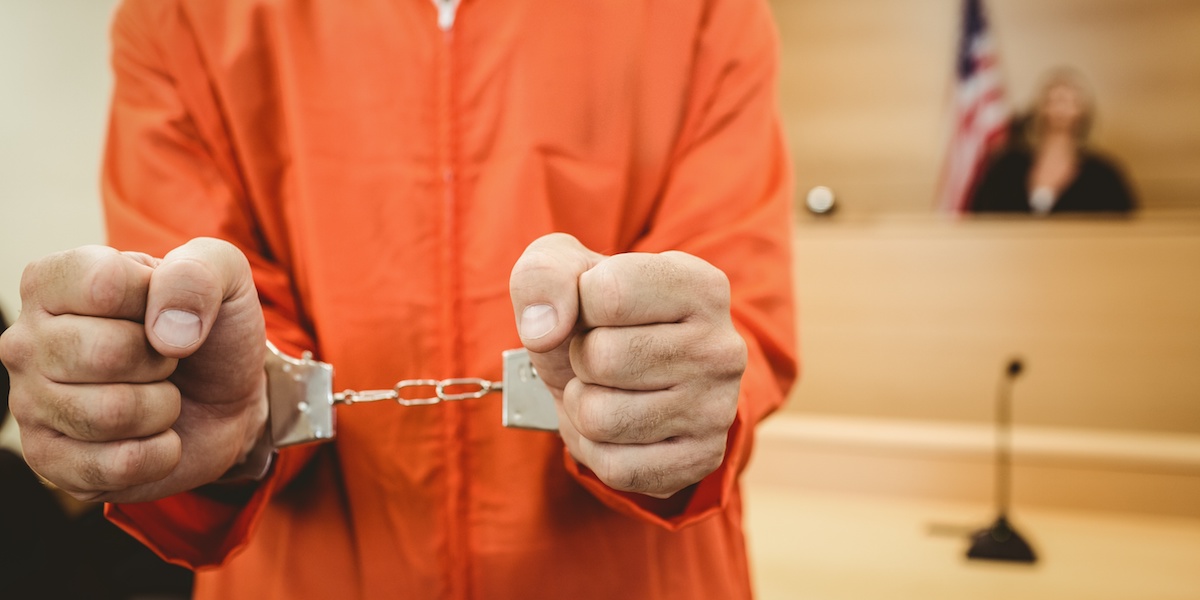 When California governor Gavin Newsom pointedly notes the political opportunity provided by the pandemic, we should stop, look up and listen. At a virtual press conference April 2,  Newsom spoke of ushering in a new “progressive era” saying, “Absolutely, we see this as an opportunity to reshape the way we do business and how we govern.”

Local governments across the nation have responded to the opportunity by doing the unthinkable: freeing criminals.

Adherence to the American social contract means compliance when government asks us to limit personal liberties and means of supporting ourselves to protect the vulnerable. Consequently, law-abiding citizens are actually harming themselves at government’s request. We willingly and sacrificially comply for the wellbeing of our neighbors because we want the best for them and for ourselves.

In return for the wholesale obliteration of our constitutionally guaranteed liberties, we have unthinking do-gooders making the quarantine worse by releasing criminals back into our midst.

Criminals are by definition lawbreakers — in most instances arrested for things much more harmful than breaking curfew, who were caught, convicted by a jury of their peers and then imprisoned. These same people are supposed to obey a request to observe social distancing, or stay inside obeying quarantine directives?

Why would felons consent to staying inside as law-abiding citizens are doing? Short answer, they won’t. There are other unintended consequences to this unlawful prisoner release: additional strain on relatives already having difficulty coping with scarce resources. Americans then have to take in their criminal relatives on top of having reduced income, and decreased access to services and staples?

USA Today reports that domestic violence calls are up from 10 percent to 30 percent nationwide. You get beaten up by your husband, boyfriend, he’s locked up and then you see him in the driveway because the government released him to “protect him from COVID-19.” Well who is going to protect you and your kids from him?

Compassionate release is becoming so common that even convicted sex offender R. Kelly applied for release from prison on compassionate grounds due to COVID-19. Thankfully, Kelly was rightly denied the opportunity to reoffend.

Cutting criminals loose stands in stark opposition to the despotic treatment of a woman out for a drive in her car alone or a man arrested and fined for paddle boarding alone in the ocean. These two people were treated like criminals, while actual criminals are out on so called compassionate release. The San Diego sherrif bragged about citing citizens for sitting in their cars at the beach. Is it any wonder some are calling the new COVID World Order something akin to a police state?

What is in the best interest of criminals is to remain in prison, in a controlled environment for their safety and even more important, the safety of Americans facing a pandemic. End the daily general population mixing times and put meal times on shifts in order to practice social distancing. When I was on active duty in the military and we went on maneuvers we would work on shifts, eat on shifts, and rest on shifts. It was annoying but effective in simulating war.

Dealing with this pandemic has been called fighting an invisible war, when engaging in battle we do not handicap ourselves by bringing in additional combatants.

So which prisoners if any should be permitted release? None. Progressives seek to release “nonviolent offenders” like drug traffickers and illegal gun possessors. But statistics show that so called non-violent offenders will reoffend by ratcheting up the crime ladder to violent acts.

In Philadelphia crime is up, where the City Journal’s headline cries out: “Philadelphia’s Only Surging Industry.” The sub heading goes further, “Even under Covid-19 lockdown, crime flourishes in the City of Brotherly Love.”

It’s as if the people in charge of protecting Americans are actually out to do exactly the opposite. Instead of releasing inmates, send in the personal protective equipment, hand sanitizer and masks thereby making the prisons safer. Guards already wear gloves when dealing with the inmates, so additional measures would not pose a hardship.

It’s an outrage to have to deal with this lunacy, especially now. Americans must remember those who made it easier for criminals to reoffend and work to ensure those people are released from power via the ballot box at the very next opportunity.

Stacy Washington is co-chairman of the Project 21 black leadership network. She is an Emmy-nominated TV personality and an Air Force veteran, and she hosts the nationally syndicated radio program “Stacy on the Right.” This piece was syndicated by InsideSources.com.