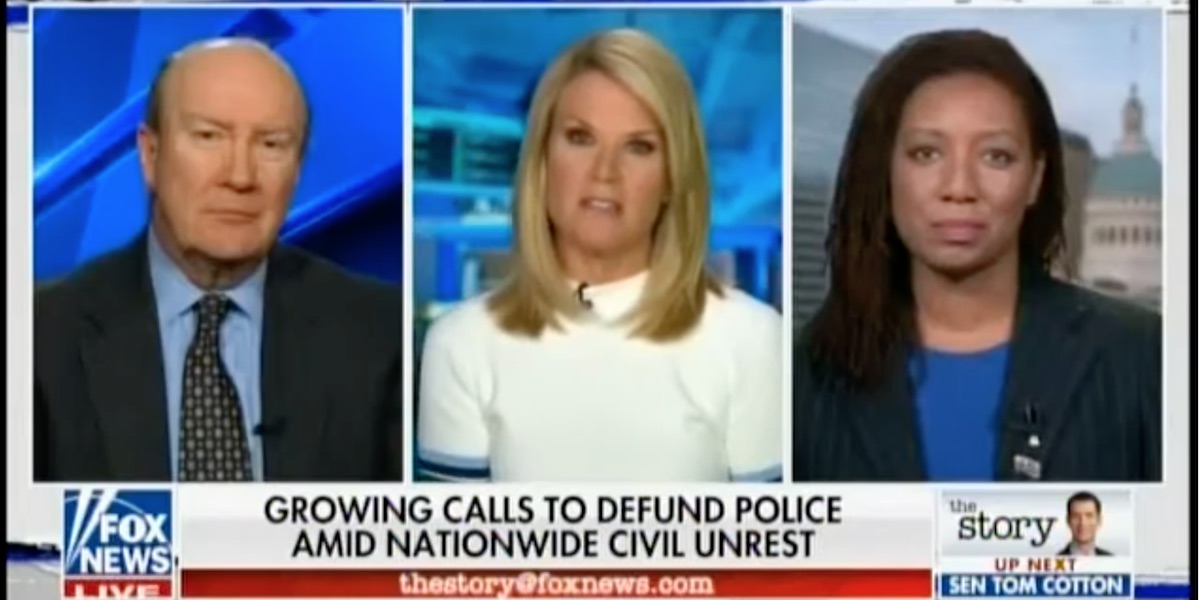 It’s obvious that the rioting across America is about more than just justice for George Floyd and his family. The left has an agenda.

One of these agenda items is defunding police departments. Project 21 Co-Chairman Stacy Washington called that “lunacy.”

On the Fox News Channel program “The Story with Martha MacCallum,” in a panel discussion that included Fox News contributor and National Review writer Andy McCarthy, Stacy called defunding police a recipe for chaos – particularly in black communities. She said this demand “completely ignores the fact that criminals are actually waiting for an action like that, and people in that community will be the ones primarily harmed by that defunding.”

In the meantime, black communities and their heroes are already suffering from the lawlessness we’ve seen in cities nationwide. Stacy grieved the death of one black policeman who was caught in the crosshairs this week:

What about Captain Dorn? An amazing man, 77 years old, retired, killed and died on Facebook Live. Snuffed out way too soon. He was in retirement after a successful career.

Calling the national outrage over Floyd’s death “a moment of utter unity for America,” Stacy noted that there were people who then immediately launched into action to use the tragedy for their political gain. They don’t appear to care about the big picture and the long-term needs of the black community in the wake of the economic devastation of the riots. Stacy says black Americans will suffer because of those who are causing mayhem in the name of social justice:

I want to look ahead. What happens to the burned out cities? Who reinvests in them? Who gives the jobs back to the black communities that have been burned out by Antifa and these so-called peaceful protesters?