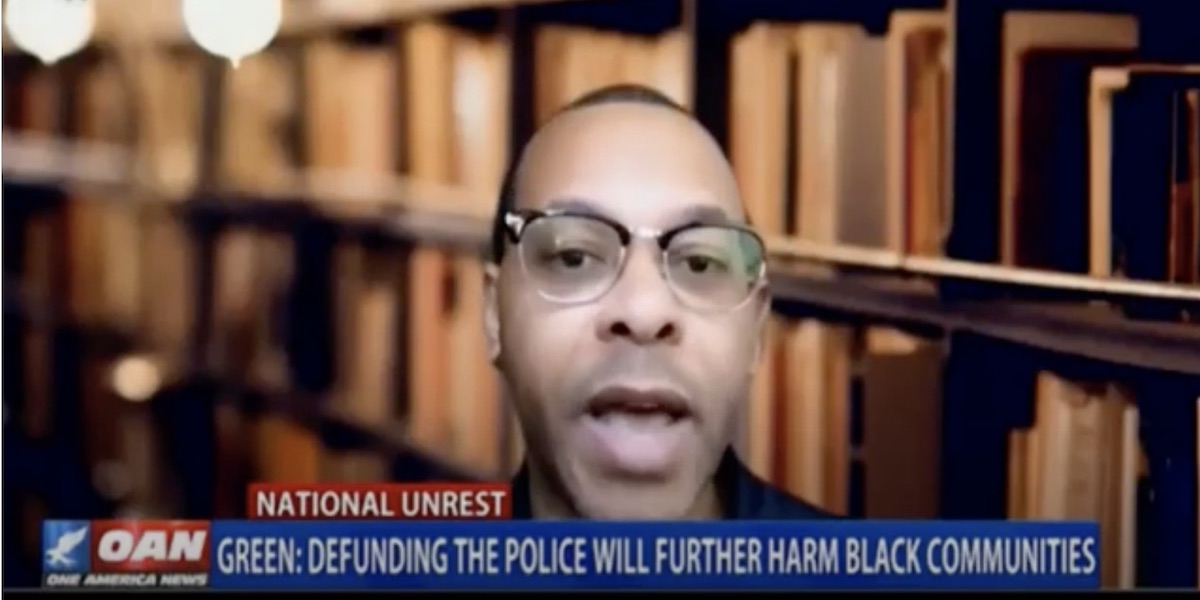 Pointing out that protests about the death of George Floyd “started out in pursuit of justice, but quickly metastasized into something a lot more violent and destructive,” Project 21 member Derryck Green called subsequent demands to defund or even abolish police departments something that will “create more victims” and cause more hardship for black Americans.

In an interview that aired on One America News, Derryck called the increasingly vocal movement to strip police department budgets “simply impractical.” In making the case that this would increase hardship within the black communities that anti-cop activists claim they are trying to help, he explained:

[I]f we look at crime statistics – and we know that the majority of the crime is intraracial – then what we’re doing is, if we’re going to defund the police,… is create more black victims of black criminality.

Noting “[y]ou can’t pursue acts of justice with injustice,” Derryck said that this movement reveals a dramatic difference between conservatives and the left. It also presents an opportunity for conservatives to make their case to skeptical blacks:

There are a lot of other ways that we can demonstrate that black lives matter. We can start encouraging blacks to get married and have children within wedlock, advocating for blacks to speak up loudly so poor black children can have better educations, having blacks speak up loudly to say we want to reduce economic regulation so we can employ more black people – particularly black males.

And the choice is as stark as it is simple:

We don’t want poor black people in… economically underserved areas, who don’t have the resources to move to different areas, to be constant victims of criminality.

But if we defund the police, that’s exactly what’s going to happen.