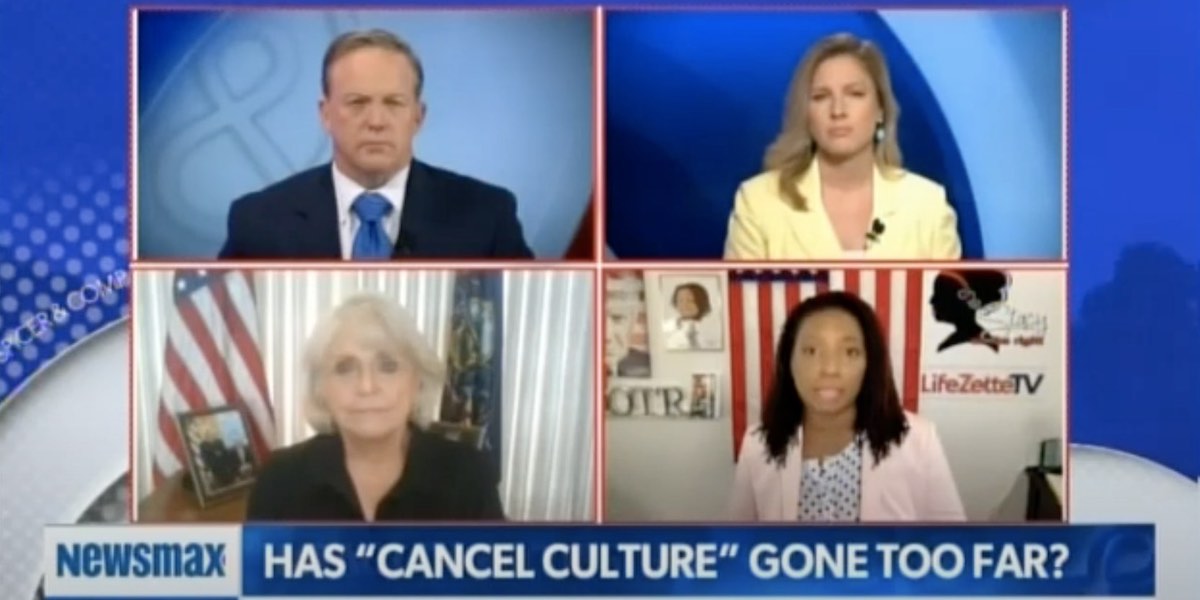 LEGO – the children’s toymaker – joined the black box brigade last week that sought to make sure people knew that it was against racism. It was, as they say, a stunning and brave moment.

Then it got freakish and cowardly. Corporate headquarters sent out word that it would stop marketing certain LEGO sets with police themes. It was effectively canceling itself.

On a segment of the Newsmax television network program “Spicer & Co.,” Project 21 Co-Chairman Stacy Washington pointed out the hypocrisy to host Sean Spicer and co-host Lyndsay Keith and proffered a deal with the cancel culture.

“We’re talking about a change in opinion for a segment of society that still dials 911,” Stacy noted. “In my opinion, if you feel like you can’t have police officers in your toy selection for American kids, then everyone who works for LEGO – from the CEO on down – should also agree that they won’t call 911.”

Left-wing activists are using the George Floyd riots to fast-track their intention to rebuild American society into a “woke” paradise. This is extremely evident in popular culture: LEGO pulled its advertising, Quaker Oats completely changed the 130-year-old Aunt Jemima syrup brand, and popular reality shows involving police have been cancelled.

If you don’t like those shows, don’t watch them. That’s what Stacy said. But she also doesn’t think leftists should have a veto over what the rest of America watches. That’s important because it’s gotten so bad that the mob is even calling for the police dog on the popular children’s show “Paw Patrol” to be euthanized!

Won’t somebody think of the children?!

This is where I think we’re going into a dark era in American culture, where – after this passes – we’ll see many people decry the weakness that’s on display.

It’s a sign of emotional and mental weakness to need things to be cancelled instead of you just turning away from it on your television. I wonder – do any of these people remember that their televisions have “off” buttons? You have the ability to cancel your cable. You don’t have to subscribe to HBO.

Explaining that her family members are “cable-cutters” who get their entertainment by streaming video, she explained that “if I see something that I don’t like, I cut it off.”

In contrast with the mob, she added, “I don’t necessarily have to call for it to be disbanded.”