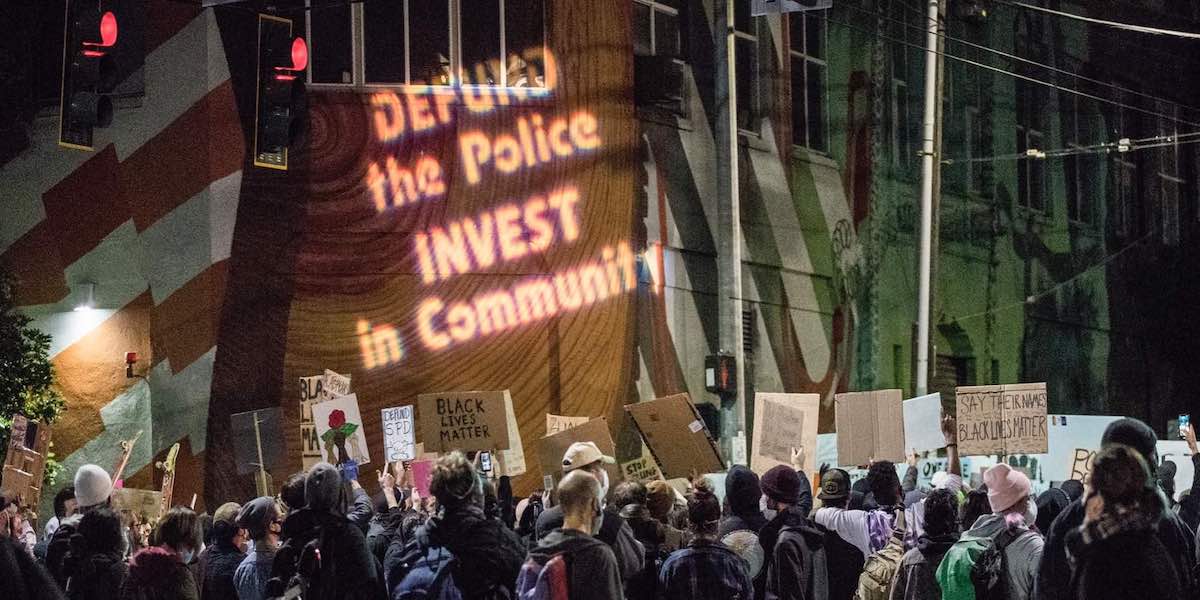 22 Jun 2020 Defunding Cops Could Be a Costly Proposition

Politico reports that while the notion of defunding the police was “once on the margins,” it is now “driving the debate” when it comes to criminal justice reform and public safety.

It’s already gained traction in major American cities including Minneapolis, Los Angeles and New York City. And while its actual implementation may not be possible in the short-term, all of the talk about it is already beginning to cause the de facto effects of defunding by suppressing officer morale which is expected to lead to widespread de-policing.

Members of the Project 21 black leadership network have a wide range of doubts concerning the defunding of police departments. This has to be the most idiotic idea the liberals have ever come up with.

If we defund police departments, how will we be able to hire quality police officers? Who will the 911 operators dispatch to your home when criminals break in?

Most importantly, who benefits from defunding police forces across this country? The answer is criminals. They will benefit and be able to commit more crimes with impunity.

The debate about police reform needs to be as deliberate, well-intentioned and well thought-out as any other major public policy debate.  These decisions can’t be made on a whim. That being said, I am not convinced that the wholesale elimination of police departments is the panacea to anyone’s problems.

Let me be clear: the wholesale elimination of police will lead to major cities awakening every morning to corpses in the streets.  We would immediately devolve back to a Wild West form of justice that will be meted out swiftly, often with few facts.

There has been a lot of talk about social workers standing in the gaps left by the defunded police departments. There is nothing wrong with hiring officers with advanced degrees in social work who have skills that will make them all the more effective on the streets. There are already lots of decent, well-educated and compassionate young officers. But I have always been an advocate of police officers having had real-life experience before they are permitted to pick up the badge and gun and go out into the community.

I am amazed and appalled at the knee-jerk reaction by those on the left who want to defund police departments around the country.

In some cities, we already have issues with police response time. By financially restricting police departments, you will cause increases in response times.

Many do not realize that, in hot zones or areas considered dangerous by first responders, police will come in before the fire department or EMTs. With fewer police escorts, there will be an increase in those response times – if they respond in those areas at all. I also believe that, once defunding happens, certain communities will fund their own police or security details, meaning those in wealthier areas will have privatized police.

In the end, we will be cutting off our nose to spite our face.

But defunding the police is a catchphrase which promises low-income, high-crime areas will catch even more grief as fewer officers are available to answer calls for service.

Defunding advocates can expect heated opposition to this troubling policy proposal not only from police unions and dissenting politicians, but also from outraged citizens who want fully-funded and fully-staffed police departments. Every argument against the Second Amendment has been obliterated. This is perhaps the only positive thing that came out of the riots.