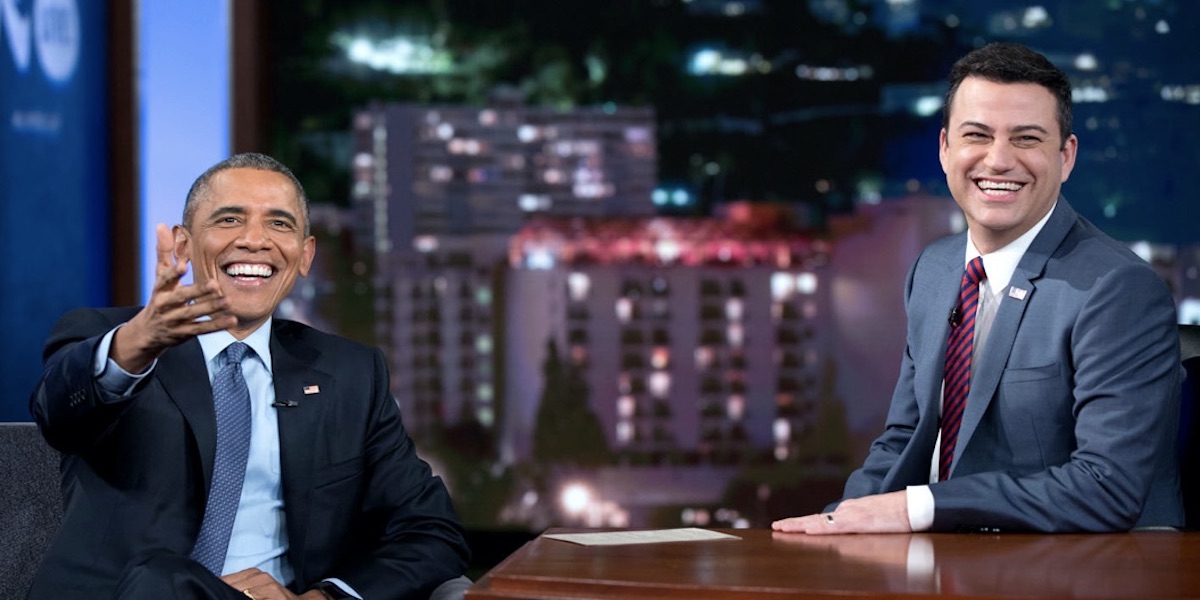 22 Jun 2020 Instead of Hiding Out on Vacation, Kimmel Needs to Answer for Blackface

As woke statue-toppling protests result in corporate rebranding of syrups and cereals and the cancellation of popular television shows, it’s quite obvious that liberal ABC late night host Jimmy Kimmel is hoping a summer hiatus buys him enough time for people to forget about his own minstrel showmanship.

On several episodes of his old Comedy Central program “The Man Show,” Kimmel wore extensive blackface make-up to mock basketball star Karl Malone. It could even be argued that Kimmel’s portrayal was akin to a minstrel show because of the ways he denigrated and humiliated Malone during the multi-minute segments.

Claiming “I just need a couple of months off,” Kimmel announced last week that he would have several guest hosts throughout the summer.

Instead of taking a leave of absence, as if we will just forget what he did, Kimmel should apologize for wearing blackface.

Then he should host a week of interviews with black conservative thought leaders. Not lip service, but serious interviews where he takes the opposing view into consideration.

Black people are not a monolith as liberals would have us believe. We have a diverse range of opinions. Our ideas should be respected, tested and offered to the public for serious airing instead of the routine vilification that Kimmel heaps upon us with his scurrilous representations – including his previous wearing of blackface.

The National Center’s criticism of Kimmel and ABC has been double-barreled.

More than a year ago, at the 2019 Walt Disney Company shareholder meeting, the National Center’s Free Enterprise Project (FEP) raised the issue of Kimmel’s exploits in blackface to CEO Bob Iger. Noting that ABC hosts had been critical of then-NBC host Megyn Kelly’s comments that were considered to be approving of blackface, FEP Director Justin Danhof, Esq. brought up how Kimmel and “The View” host Joy Behar had actually donned blackface. Asking about the company’s stand on the prejudicial behavior of its own talent, Justin said:

Mr. Iger, with all of the pride that you place on racial diversity at Disney, and I am specifically recalling the pride that you expressed last year at this meeting and in many media interviews about the success and importance of “Black Panther,” I find it puzzling that the company seems ok with Kimmel’s and Behar’s previous racist actions.

Unless Kimmel returns a changed man, or takes Stacy’s advice and doesn’t run from the problem he created, it will mean Justin was probably correct.