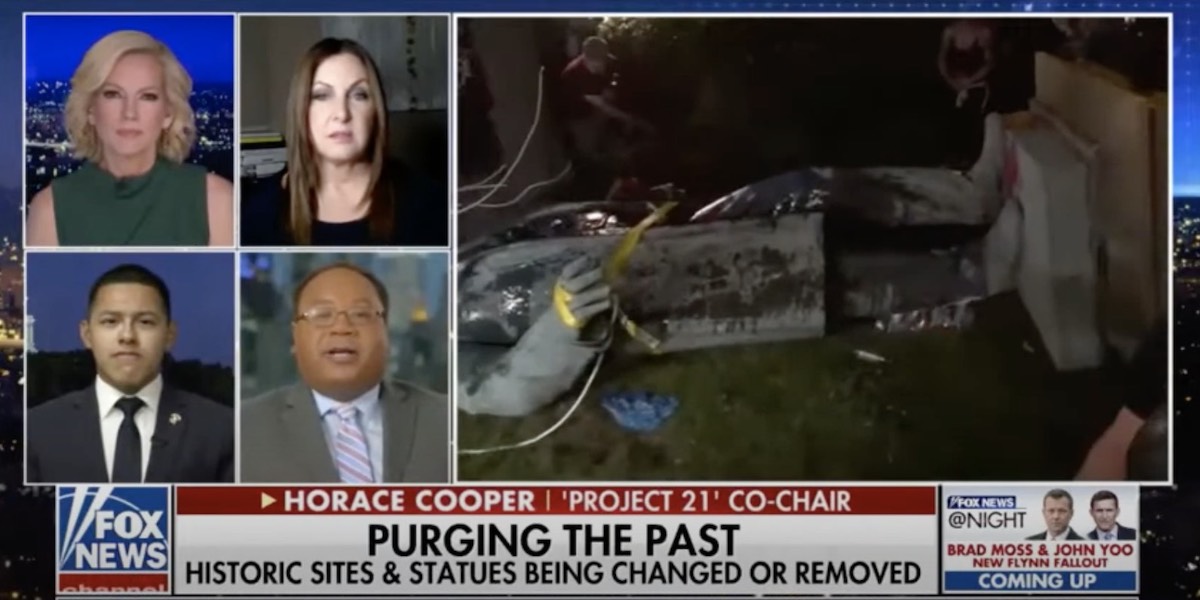 Amidst the accusations, assaults, destruction and overall mayhem of the recent Antifa and Black Lives Matter-related uprisings, there doesn’t seem to be a clear message about what protesters think is the answer to helping black Americans.

Certainly the destruction of memorials to women’s suffrage and a martyred abolitionist in Wisconsin doesn’t make black lives matter any more than they did when the memorials were whole. Nor will the creation of autonomous zones create any new liberties or lasting safety.

In an appearance on the Fox News Channel program “Fox News at Night with Shannon Bream,” Project 21 Co-Chairman Horace Cooper revealed a key tenet of the Civil Rights Movement that is sorely lacking in 2020’s radical activism:

One of the problems here is none of the conversation talks about what it is that’s really, really critical – the genesis of much of the civil rights movement starting in the 1950s and ‘60s.

And that was economic opportunity.

What are we doing to make it better, easier and more possible for black Americans – like other Americans – to succeed in this country?

Our president has actually been focused on that like a laser. But this conversation we’re having right now? It’s almost completely ignoring that!