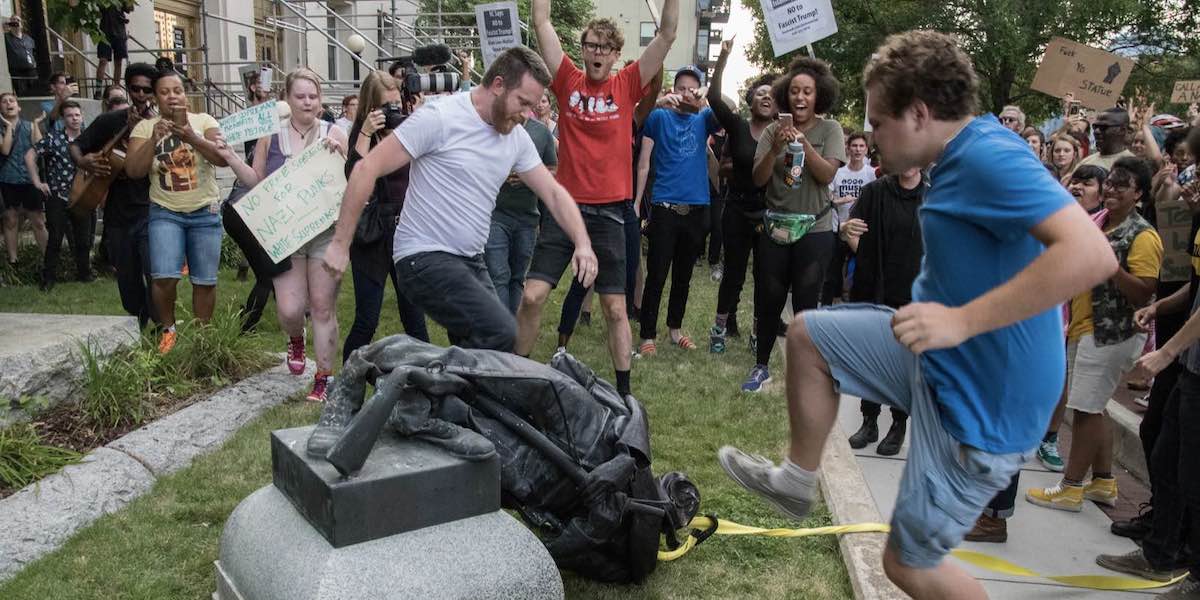 Several Project 21 members – including Mason Weaver and Star Parker – rallied this week in support of the Emancipation Memorial in Washington, D.C.’s Lincoln Park. Radicals say the statue of President Abraham Lincoln and a freed slave, paid for by money collected by newly-freed slaves and dedicated by famed black abolitionist Frederick Douglass in 1876, is a monument to white supremacy. Some are trying to have it removed to a museum, while the mob just wants to rip it down.

Weighing in on the larger debate on the One America News network, Project 21 Co-Chairman Council Nedd II said that historic statues have an important message that we risk forgetting if we allow the past to be ripped from our public places and – by extension – our memories:

I think it’s important – the reason why I think America has survived this long – is because we have these constant reminders of our past so we don’t repeat certain mistakes.

Asked about statues, monuments and memorials to Confederate military and political figures that now might lead some people to believe we are honoring those who are undeserving, Council said that “we should have a discussion about it.”

Council previously spoke out in support of the Bladensburg Peace Cross, a monument to World War I veterans in suburban Maryland that was under fire from atheists. The cross still stands, thanks in part to a 2019 U.S. Supreme Court ruling.