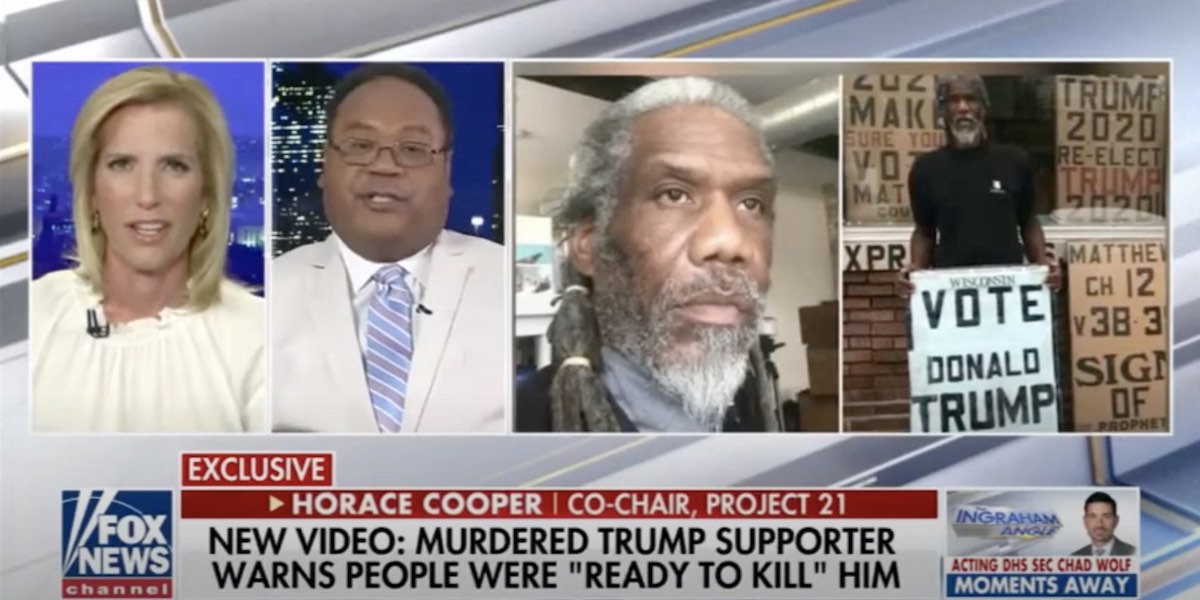 To emphasize that black lives matter, people are supposed to say the names of those who have been lost. Bernell “Ras” Trammell did. But he can’t anymore – because he has joined the ranks of those lost. He was assassinated – perhaps because of his political beliefs.

And yet no one in the Black Lives Matter movement seems to want to say his name. Is it because it’s speculated that Trammell was murdered because of his outspoken support for President Donald Trump?

In an interview on the Fox News Channel program “The Ingraham Angle,” Project 21 Co-Chairman Horace Cooper said the silence about Trammell’s murder is “just another example of how they jump to conclusions first and investigate later” on the left.

So Trammell has become a statistic rather than a possible indicator of the lengths that leftist intolerance can go.

For decades, Trammell ran the political and religious eXpressions Journal from an office north of downtown Milwaukee. He was well-known for his support of Rastafarianism, Black Lives Matter and some liberal local politicians. But Trammell stood apart because he was also a strong proponent of President Trump. He sometimes stood outside his office on the sidewalk with a sign supporting the president. This kind of activism in that kind of neighborhood sometimes caused disruptions that, by their own accounts, social workers had trouble handling.

Trammell was sitting outside his office on July 23 when a man rode up on a bicycle and shot him dead. Then the man rode away. In this time of hypersensitivity to violence perpetrated against black Americans, this cold-blooded killing is being virtually ignored.

Why didn’t this black life matter enough to the media? Horace wanted to know:

We’ve got the vaunted 1619 Project – where we’re so interested and motivated by this idea that the race of America was its starting point… Why is there silence from the New York Times?

Horace also castigated left-wing political activists – including the Black Lives Matter movement – for “exploit[ing] people for political power and its own ambitions. Why aren’t they being called out? Why haven’t the media just raised some basic question?”

But it would seem that black conservatives and – in this case – black Trump supporters don’t really matter because they fall outside of the leftist agenda and narrative. Thus there’s an uncomfortable situation created in which the left just tries to forget them altogether. Horace explained:

This is a pattern we have seen since the 1800s, the 1900s and now in the 2000s – heading deep into the 21st century. Where is the understanding that free people, regardless of color, have the right to express themselves, to think what they want to think?

And where is the outrage that someone can be killed over this…?

Milwaukee police have photos of a suspect in Trammell’s murder, but are still without substantial leads.