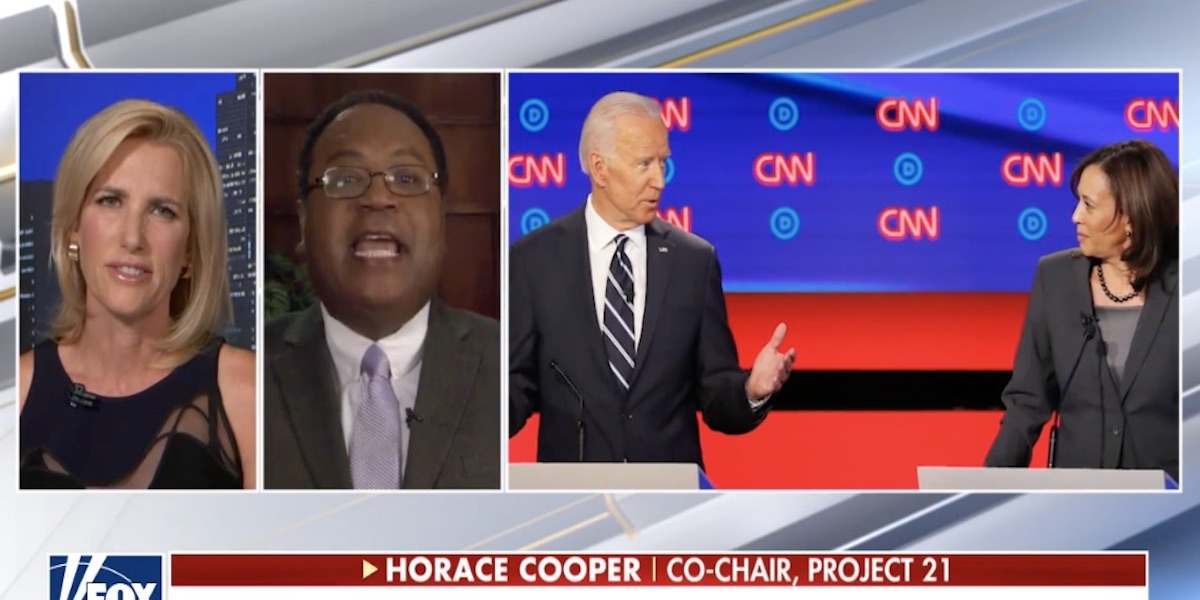 Liberal lawmakers and their supporters are moving further left at their peril.

The more extreme that these politicians go, the more they risk losing the goodwill of black Americans who have supported the liberal political agenda for generations.

Is this the beginning of a more politically independent black America?

On the Fox News Channel program “The Ingraham Angle,” Project 21 Co-Chairman Horace Cooper spoke about this potential major political shift. He told host Laura Ingraham that black Americans are becoming “far more critical” of the liberal-left political coalition because it is not addressing their basic needs.

Polling over the past few years has shown an increase in black support for policies that are strongly opposed by liberal politicians. As these liberals become more resolute, they potentially drive a wedge between themselves and black America.

Black Americans are increasingly demonstrating they are centrist. They are moderate…

The issue here is that all voters – black, white and brown – they’re looking for who’s going to improve employment, who’s going to put more money in their checking account.