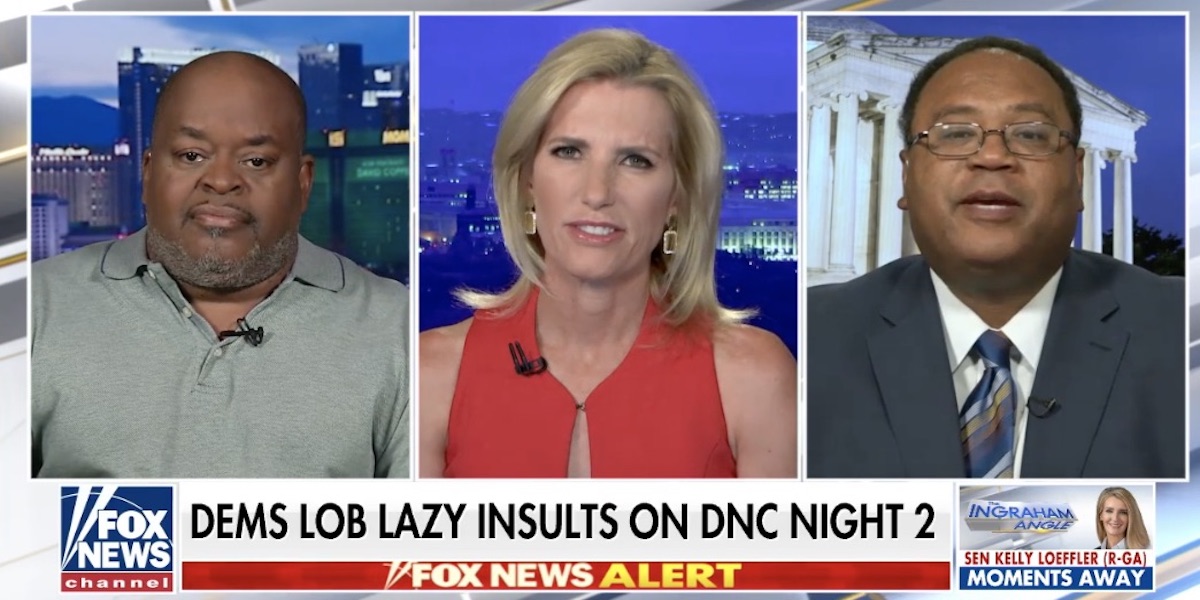 Forget the fact that – pre-pandemic and pre-Black Lives Matter rioting – economic conditions for black Americans were markedly improving. Forget that people feel that race relations suffered under the leadership of Barack Obama. Liberals still think they can be the arbiters of what America must do to heal its racial divide.

Fox News Channel host Laura Ingraham asked Project 21 Co-Chairman Horace Cooper and member Niger Innis about the left’s “favorite boogeyman” – “systemic racism” – on “The Ingraham Angle.” Specifically, she wondered how the left can be so cavalier in its cries against racism when its own polices seem to have led to so much of the suffering that afflicts the black community these days.

Ingraham said that liberals “willfully ignore” the failure of their policies, particularly in the cities where they dominate the gears of government. They also refuse to admit any part in the violence that inevitably occurs as a result of the misery their politics create.

Calling in an “absolute disgrace,” Niger – appearing in his capacity as the chairman of the Congress Of Racial Equality (CORE) –  expressed his outrage that the left acknowledges “no culpability or responsibility for the conditions that most black people find themselves in… for decades.”

Going further, Horace suggested that the complaints about racism are purposefully being used to cover up liberal failings:

Systemic racism is a useful term when you don’t want any way of there being an objective measure of whether you’re making progress in solving the problem.

Worse still, Horace pointed out that there are cynical groups of people who are profiting from the pain they are causing. It’s a cyclical process in which progressive policies fail, blame is shifted away and then there’s a lot of lavish chin-scratching by well-compensated politicos and bureaucrats that leads to more government and starting the cycle of failure anew:

The problem-solving class greatly benefits from poverty, from ill-education. And now, when we bring so-called systemic racism to the front, they get their Volvos, their ski trips out to Aspen – all this, for decades to come, and we the taxpayers are left with the bill.