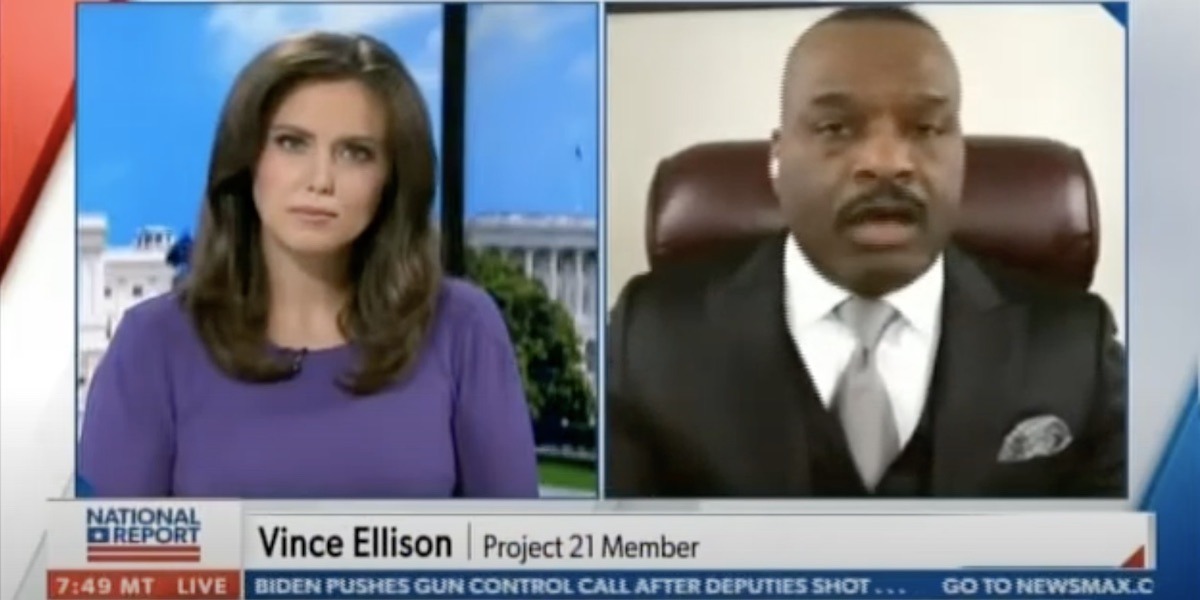 Asked about rioting in cities and the leftist narrative that “systemic racism” runs through American society, Project 21 member Vince Ellison called this a tactic of “Marxism 101.”

During an interview on Newsmax TV’s “National Report,” Vince discussed the damage that critical race theory has caused, and said that “Che Guevara [and] Fidel Castro would be smiling at this type of manipulation and mind control” being used against the American people.

The Trump Administration recently moved to ban the use of critical race theory in federal offices. Vince called this racial theory an “anathema to freedom.”

Detailing the problems of critical race theory and how it attacks American exceptionalism, Vince said about the secret to success:

Critical race theory says this is not possible for black men in America – that they have to depend on the forbearance of racists and that they have to ask them for respite. And that we cannot conduct and live… properly in the country of our birth lest we are given permission from white society.

Vince added that promoting unrest by blaming it on allegedly inherent racial disparities is used to cover up for the failure of liberal policies in urban areas where black Americans live in greater numbers. Poor government-run schools, religious intolerance, anti-gun laws and policies that break up stable families – policies typically instituted by liberal lawmakers – are more of a threat to black Americans than any conspiracy theories being promoted by critical race theory trainers.

Regarding the focus on police violence, he remarked:

[T]he left has taken this canard, and they’ve convinced us that this is our biggest problem in the black community right now.

Instead, this is part of a strategy that’s been used “all over the world” to “take over America,” Vince said. This rioting, he warned, is “a precursor for them taking over.” Black Lives Matter and Antifa activists, he noted, are key to this strategy.

Project 21 applauded the Trump Administration for pushing back against critical race theory and for beginning the process of cancelling all contracts promoting it in federal training.