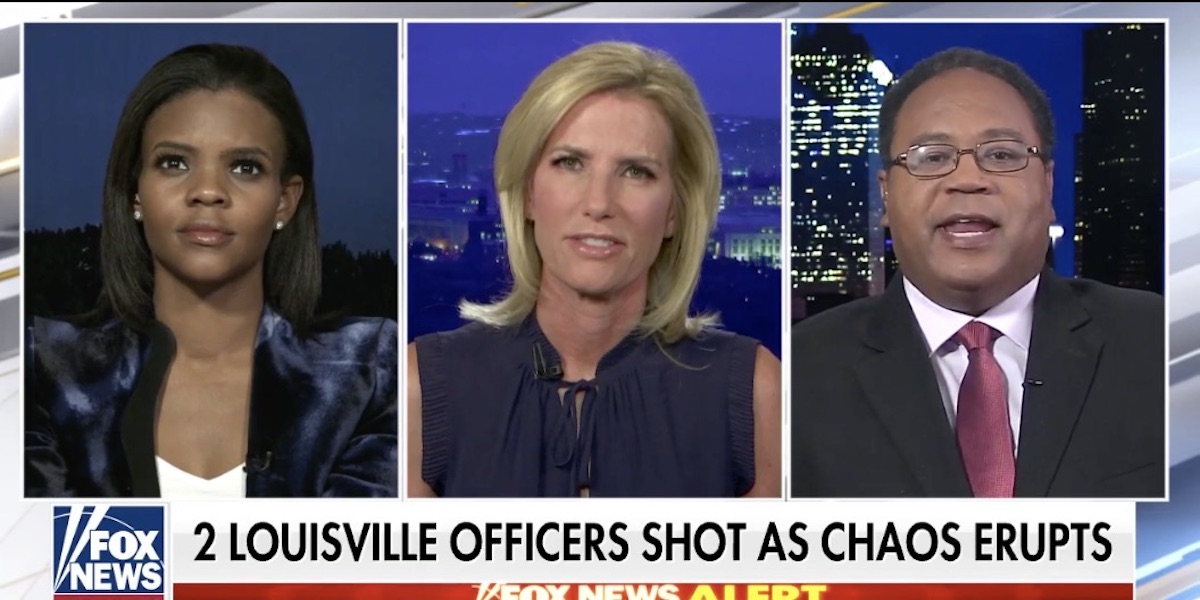 After a grand jury found only enough evidence to indict one of the Louisville police officers involved in the death of Breonna Taylor during a police raid of her apartment in March, mobs in Louisville and cities across America engaged in violence and looting. Two Louisville officers were also shot during the mayhem.

Despite the American legal process doing its job, radicals say this justice is not enough for them.

For instance, Martin Luther King III – the son of the iconic civil rights leader – said that “justice has not been served” and “the system must be broken down” in the wake of what he considered to be an unsatisfactory grand jury process. This is interesting and troubling considering that, as Project 21 member Derryck Green has pointed out, King’s father and the movement his father helped lead in the 1950s and 1960s was so much more successful than its extremist “black power” counterparts because MLK, Jr. was willing to work within the system.

Project 21 Co-Chairman Horace Cooper, during a panel discussion with Candace Owens on the Fox News Channel program “The Ingraham Angle,” similarly said that the radicalism of today – like that of the past – will “backfire.” And this will likely hurt the black community in the process.

Owens said that liberals are “fostering this race narrative” that alleges systemic racism in modern America simply to promote a political agenda. Noting the example of a rental truck showing up to outfit a group of Louisville protesters with signs and shields after the announcement of the officer’s indictment, she remarked that “it didn’t matter [what the grand jury did], they were already ready” for mayhem.

Horace confirmed the suggestion made by Owens, stating:

This entire summer, all I have witnessed has been a systematic effort to get black Americans ginned up with this idea that – instead of a rule of law, instead of a legal process – we’re going to let the mob decide how things are done.

Horace explained how, rather than being a means of achieving real and lasting change that can benefit black America, history has proven that the result will probably be nothing like what earnest protesters are expecting:

[T]he irony… about all this is that when you just roll back the time clock, what you see is black America consistently loses when we have mob justice.

We all benefit from the idea of equality before the law. We all benefit if we have a system in which we have the rule of law where people aren’t singled out because of their race or their background.

This police hatred? This riot, looting attitude? It ultimately is going to backfire. The American people are going to reject it.

The Taylor family’s lawyer, Ben Crump, whom Horace recently criticized in a Newsmax commentary for “[r]edefining civil rights to include a license for criminality,” made the extreme claim after the indictments that “police are killing us outside the courtroom, and the system is killing us inside the courtroom.”

This exaggeration, Horace said, will not resonate and will have consequences:

Our political system is going to reject it. And, if too many black people get involved in it, they are going to be the losers.