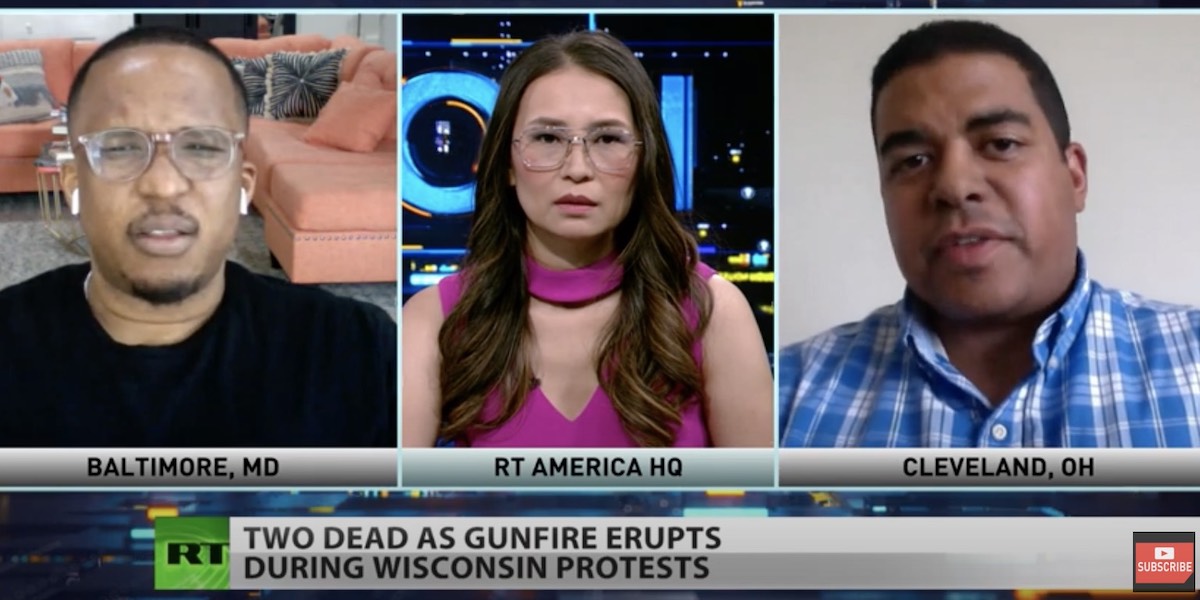 When it comes to the conditions that sparked rioting in American cities, Project 21 member Rich Holt said it’s the liberal elected leaders who deserve the blame – not the police.

In a panel discussion on RT America, Rich said that people should “not forget” that liberal city council members and other elected officials need to shoulder the blame for “creat[ing] the economic conditions that have deprived black people of opportunity, of education.”

“They’re responsible,” Rich stated. “Put this on their hands – not the police officers.”

Facing off against Salon editor D. Watkins in an interview taped at the height of the violence in Kenosha, Wisconsin, Watkins said there needs to be “serious police reform.” On that, Rich could find some agreement.

Citing some of the recommendations that can be found in Project 21’s “Blueprint for a Better Deal for Black America,” Rich said that many officers have been dragged off their primary mission by elected officials and the bureaucracy. They shouldn’t be spending their time on expired license plates, broken tail lights and other minor infractions that are often used to fill local government coffers with ticket money. He said that this has sometimes led to deadly outcomes.

But there’s a lot more to consider when it comes to the rioters and the proper public response. Quite frankly, Rich didn’t see the protests helping him as a black man:

We also have to take into consideration that many of the protesters… are making a complaint about pockets of law enforcement and racism that do exist, but… there’s no reason for them to destroy the community.

These are mostly white protesters who are causing havoc all over our country. And for what? For me? I mean, they aren’t making me any safer.

But BLM protesters have killed more black people than the Klan has killed through the entire 20th century just in the past six months.

Something needs to be done about them – as a movement.

Host Trinity Chavez noted that protesters and their supporters have demanded that names of law enforcement officers should be made public if they are involved in cases of alleged abuse. Watkins said “they need to be named” because “they work for the people.” But Rich had a very different view of this doxing of the police:

I completely disagree with his point.

These police officers volunteer – and they do get paid – but they volunteer to work for us, in our communities. And we need to protect them, too, given the irrational behavior of these protesters. And burning down stores – burning down a store that even says “black lives matter” on it. Could you imagine what they’d do if they had police officers’ addresses? That’s a terrible proposal.

I think they need their anonymity. The violence that these protesters are responsible for is the perfect example of that. It’s incredibly dangerous to be a police officer now.

While Rich is skeptical of the performance of liberal lawmakers, he retains his faith in the American system of government. He suggested that a proper pairing of the government and its citizens is the correct answer, not the rants of the rioters:

We need to trust our system to work.

We are a democracy. We elect our judges. We elect our city council members who are largely responsible for the problems we’re having with law enforcement right now.

And so I think we need to trust our system to work, because it will work with citizens being vigilant.