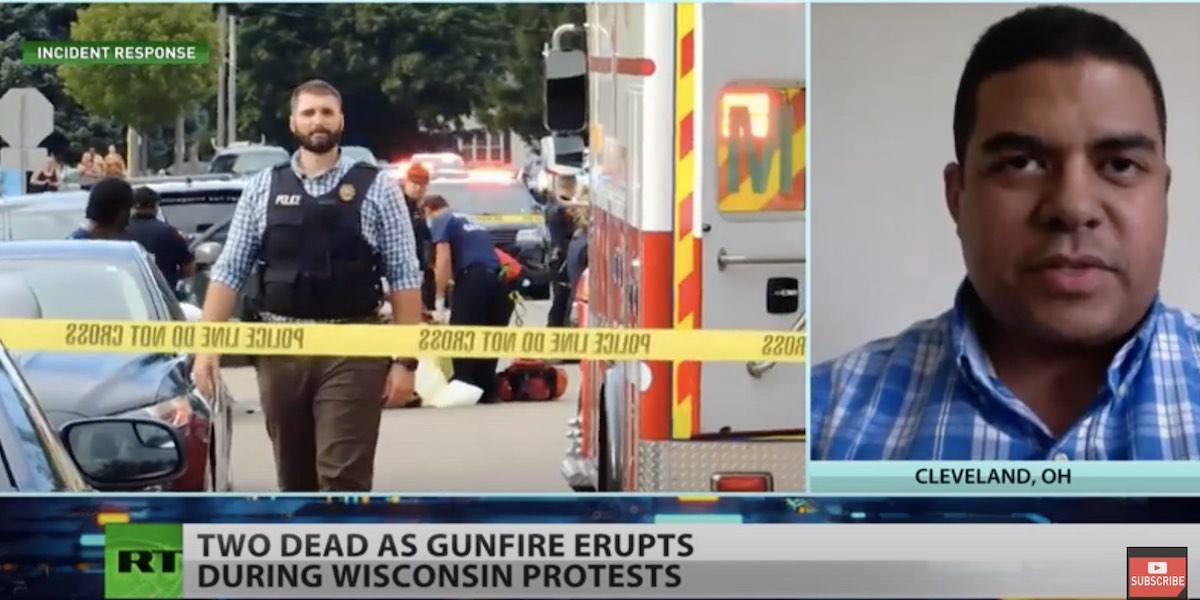 Innocent people going about their daily lives – shopping, driving and eating in restaurants – are finding their law-abiding behavior disrupted by Black Lives Matter and Antifa protesters who demand compliance and endorsement of their radical agenda.

Project 21 member Rich Holt compared this to fascist behavior seen in the 20th century, and said the end goal of these protesters is socialism rather than racial equality.

In a discussion on RT America with host Trinity Chavezi and Salon editor D. Watkins, Rich was asked to comment on the instance when a diner at a Washington, D.C. restaurant was surrounded by a mostly white crowd of Black Lives Matter protesters who demanded she raise her fist in solidarity. Despite her participation in protests, she refused because, she wrote, “it is never okay to coerce people’s participation.” For her principled stand, she was bullied by the mob.

Rich said this intimidation appears to be more about political goals than helping out black folk:

When I take a look at the people walking into these restaurants, demanding people raise their fist – and then calling them white supremacists if they don’t – I’m just reminded of the brown shirts and the black shirts fighting in Italy over how to create the best socialist empire.

This is what we are really looking at here.

These aren’t people involved in helping black people. They don’t want to help me. They want to create socialism. That’s what they want.