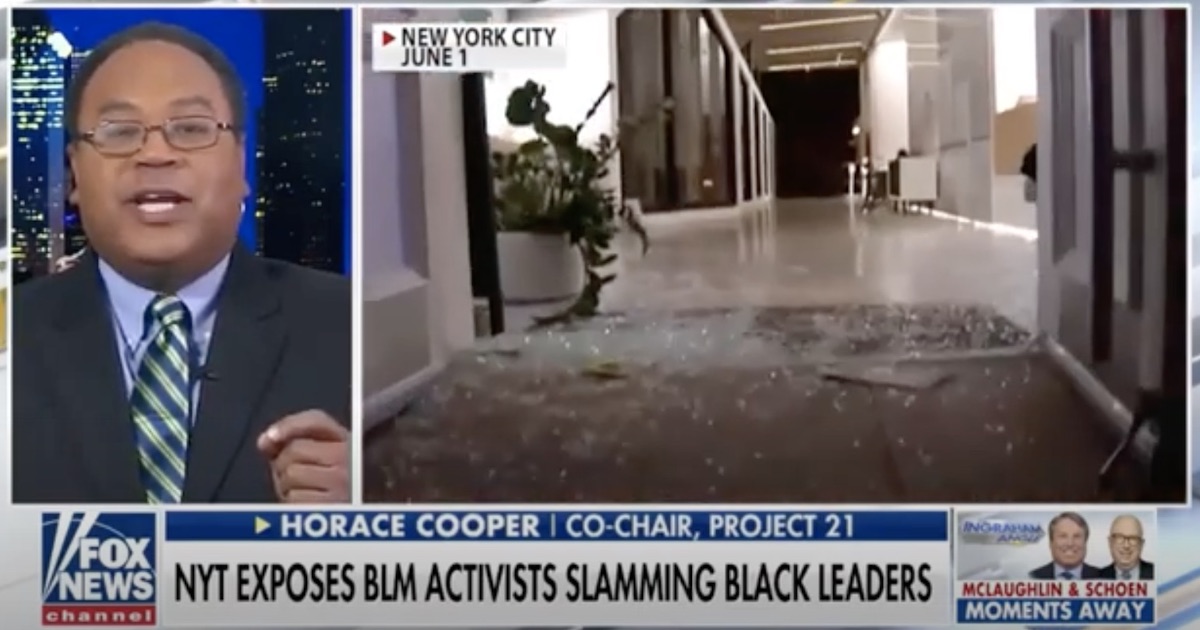 Just like in the days of the former Soviet leader, gullible Americans are still being recruited to promote a left-wing agenda. These days, the catalysts are claims that systemic racism and rampant white supremacy are thriving at the highest levels of power.

But the claims don’t match reality.

On the Fox News Channel program “The Ingraham Angle,” former FBI counterterrorism expert Terry Turchie said this is the same brand of radicalism that was practiced by the black power activists of the 1960s. He said the goal then, as now, is to “bring the revolution.”

But the difference from 50 years ago is that revolutionary tactics are now “out in plain sight.”

And, as fellow panelist and Project 21 Co-Chairman Horace Cooper pointed out, “this has nothing to do with racial justice.” Instead all the hysterical assertions are a cover for the “political opportunism” of the left, he explained.

In their efforts to bring about a revolution, radicals are trying to pit people against the government – and against the police in particular. Turchie pointed out that the gangs of useful idiots behind the destruction and the dirty work are often compromised of elite white young people.

The mainstream media seems to embrace the idea that white supremacists are behind these problems, despite the fact that street protests are clearly and overwhelmingly full of these elite radicals. That, Horace noted, must be on purpose:

When I was a little kid, The Eagles came out with a song about your lyin’ eyes. What we’re being told is to ignore everything that we can see.

Radical groups are gathering in cities all across the country. And now we’re looking at over a billion dollars worth of damage, according to the insurance industry, based on coordinated activity.

Horace added that, amongst all the scenes of violence and claims of systemic wrongdoing, organizers are attempting to make people forget the “commitment to equality” that has been exercised by the White House throughout the Trump presidency, “something that has been very good for black Americans as a minority,” Horace said.